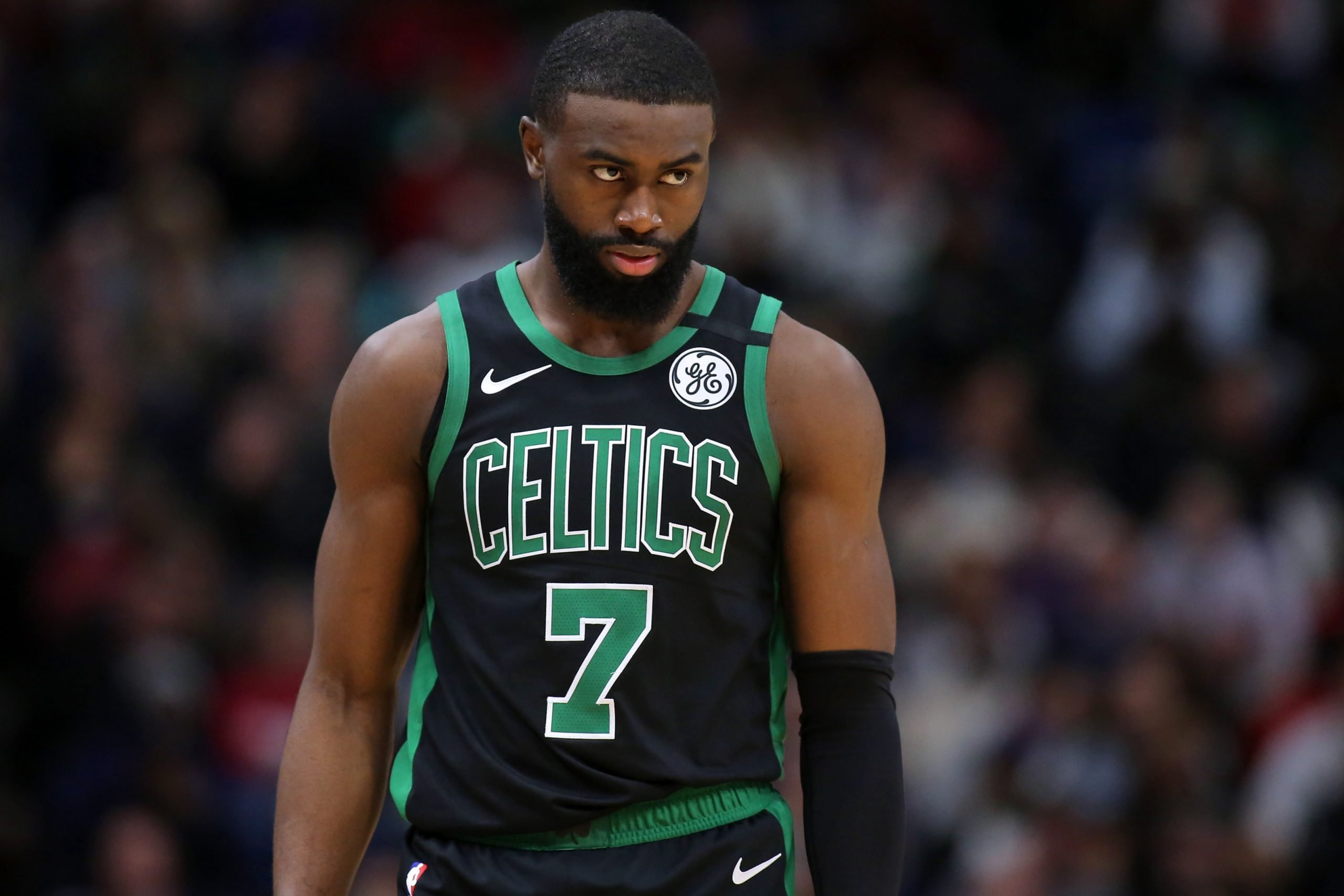 When the final buzzer sounded in the 2019-20 season for the Celtics it was a 125-113 loss to the Miami Heat in six games, and once again failing to reach the Finals for the tenth consecutive year. For some players, Basketball wasn’t the most important thing they were looking forward to.

After the death of George Floyd this past May 25, basketball players realized they needed to use their voice to speak on this topic. Some players realized the power they have and what they bring to the table. “I drove 15 hours to get to Georgia, my community. This is a peaceful protest. Being a celebrity, being an NBA player, don’t exclude me from no conversations at all. First and foremost, I’m a black man and I’m a member of this community.” said Jaylen Brown in the protest this past May. A lot of players along with Brown, held signs that said “I Can’t Breathe” commemorating the death of Floyd, who was kneeled down by a police officer for over eight minutes, and passed away.

After the events of COVID-19, the NBA season was suspended this past March 12th. Fast forward five months later and there were 22 remaining teams in the NBA Bubble in Orlando, Florida. During the playoffs, the Milwaukee Bucks boycotted their playoff game in protest of a police officer who shot Jacob Blake, an unarmed black man. The three games scheduled for that day were not played and moved to a later date. Players and teams were debating if they should even continue to play, or just go home. In response to this, the message Brown gave to other players was simple. If you leave, what are you going to do about it? Are you going to sit at home with your families? Are you going to be in the streets?

In the 2020 Playoffs, Brown averaged 22/7/2 on 48/36/84 splits (55% eFG%, 59% TS%) while being number two in total shots taken. The Celtics were defeated by the Heat in six games and extended their drought of not reaching a NBA Finals. For Brown, it meant something more. Since 2010, the last NBA Finals appearance for the Celtics, they have played in 4 Eastern Conference Finals, Brown has been a part of the team for three of them (2017, 2018, 2020), surprisingly enough, they have lost those series in 5, 7 and 6 games, respectively.

Coming into the league, a lot of scouts and fans knew Brown was going to establish himself as a two way player. Opposing players are shooting 44 percent overall when guarded by Brown and 32 percent on 3 pointers. Lastly, Brown ranks fourth on the team in deflections per game at 2.1.

The Boston Celtics currently sit at 9-6 and the 3rd seed in the Eastern Conference, trailing the number one seed by one game.