Jacob deGrom: The Master of his Craft 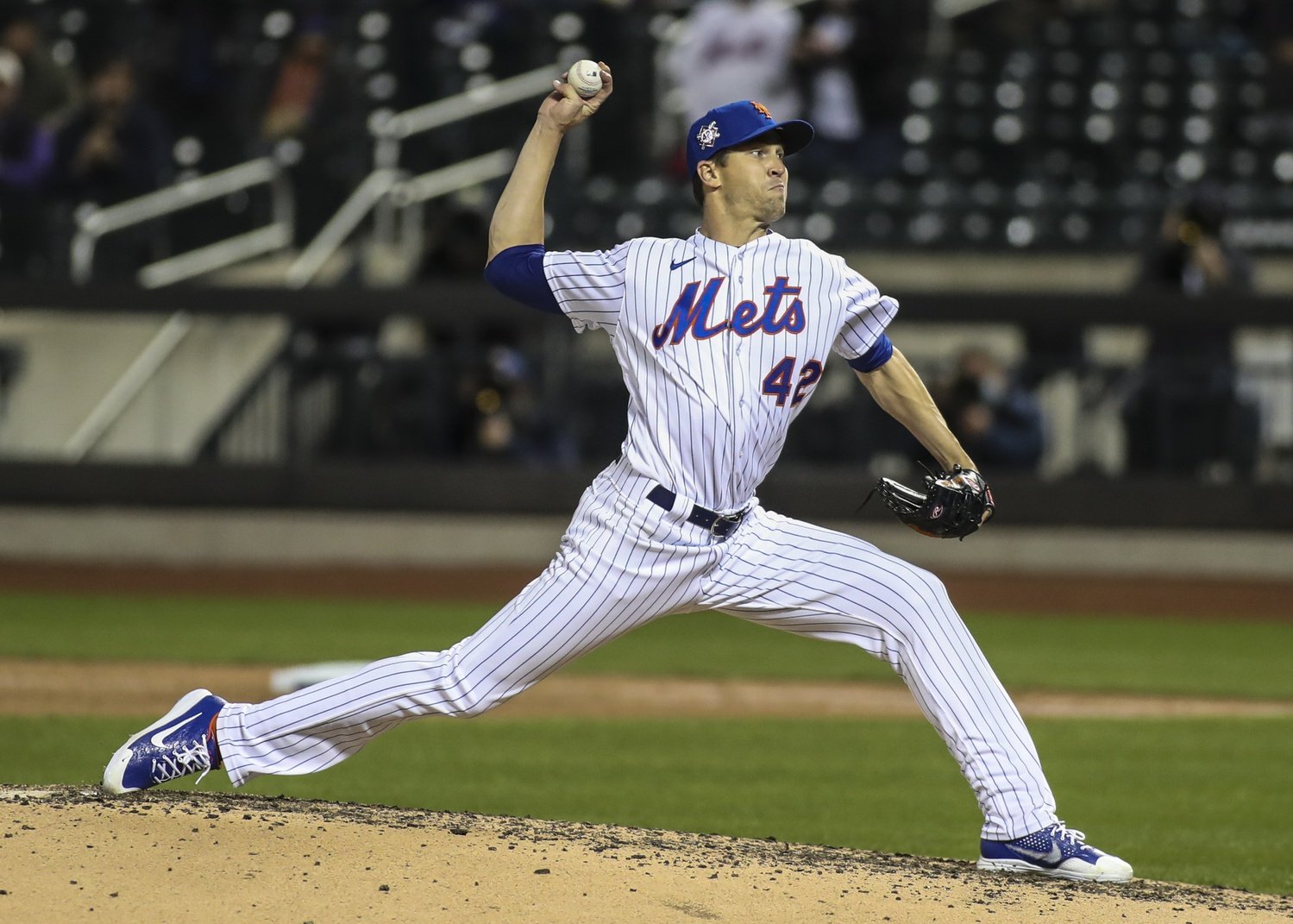 If your home fans are chanting “M-V-P!” in April, you know you are doing something right.  Citi Field was the site of yet another gem by Mets’ ace Jacob deGrom on Friday night.  Facing off against the rival Nationals, deGrom made the art of pitching look like a simple game of catch with Tomás Nido.

The Mets came into Friday’s game limping after getting swept three games by the Cubs at Wrigley Field.  A part of an ace’s job in a starting rotation is to be the stopper, and deGrom was that and then some.  With a heavily taxed bullpen behind him, deGrom gave his relievers a night off in dominant fashion.

If you are someone who likes good pitching and quick games, I hope you did not turn on the television or arrive at the ballpark late.  In front of 8,130 fans at Citi Field, deGrom mowed down the Nationals’ lineup one by one while setting multiple records in the process.

Coming off back-to-back 14-strikeout performances against the Marlins and Rockies, deGrom continued his wizardry on the mound for a third consecutive outing.  At least two of deGrom’s three outs each inning came by way of a strikeout in six of his nine innings of brilliance.  Only one question remained.  Would the Mets’ offense provide the King of Queens with run support?

As the saying goes, if you want something done right, you have to do it yourself.  After J.D. Davis was hit by a pitch and Jeff McNeil walked, deGrom followed that saying to the letter.

A two-run single from Brandon Nimmo put the Mets up 3-0, which by deGrom standards is a boatload of runs.

Taking the lead with him to the mound for the first time in the sixth inning, deGrom made three runs look like 20.  The Mets’ ace kept the ball out of play for two innings in a row.  deGrom’s fielders behind him were probably stretching right along with the fans in the middle of the seventh, as deGrom struck out the side in both the sixth and seventh inning.

deGrom’s six straight strikeouts gave him a career high 15 and cemented him in baseball history as only the third pitcher in Major League history to strike out 14 batters in three straight starts.  The other two?  Pedro Martinez in 1999 and Gerrit Cole in 2019.

deGrom’s 14th strikeout was a two-sided record setter as it also put him past Shane Bieber and Nolan Ryan for most strikeouts in a pitcher’s first four starts of the season with 49.  Of course, deGrom notched season strikeout number 50 one batter later for his 15th of the night.

Those at Citi Field, including Steve Gelbs, could not believe what they were witnessing.  “I mean it’s really just stupid at this point. These are MAJOR LEAGUE HITTERS.”  Gelbs tweeted after deGrom stuck out the side in the sixth inning.

With the deGrominator in cruise control, the Mets padded their cushion.  An RBI single from Dominic Smith made it 4-0 and Nimmo put the icing on the cake an inning later with a two-run shot.  You would think Nimmo’s home run energized the crowd the most in the bottom of the eighth, but it was deGrom stealing the show once again.

A well-deserved standing ovation for Jacob deGrom as he steps the the plate in the 9th.

He gets a single.

Cherish these moments you get to watch Jacob deGrom, folks. pic.twitter.com/Y2DheFibxf

deGrom’s appearance in the on-deck circle and subsequent second hit of the night had Mets fans in a frenzy.  Bowing down with approval, the “M-V-P!” chants rang throughout the ballpark once again as deGrom raised his season batting average to .545.

The ruckus cheering resumed as deGrom took the mound for the top of the ninth.  The good news?  deGrom set down the Nationals one, two, three as expected.  The bad news?  He had to settle for 15 strikeouts as each Nationals hitter managed to make contact.  deGrom produced three straight groundouts to complete his 109-pitch, two-hit, 15-strikeout masterpiece in the 6-0 Mets win.  By the way, only 25 of deGrom’s 109 pitches were balls. 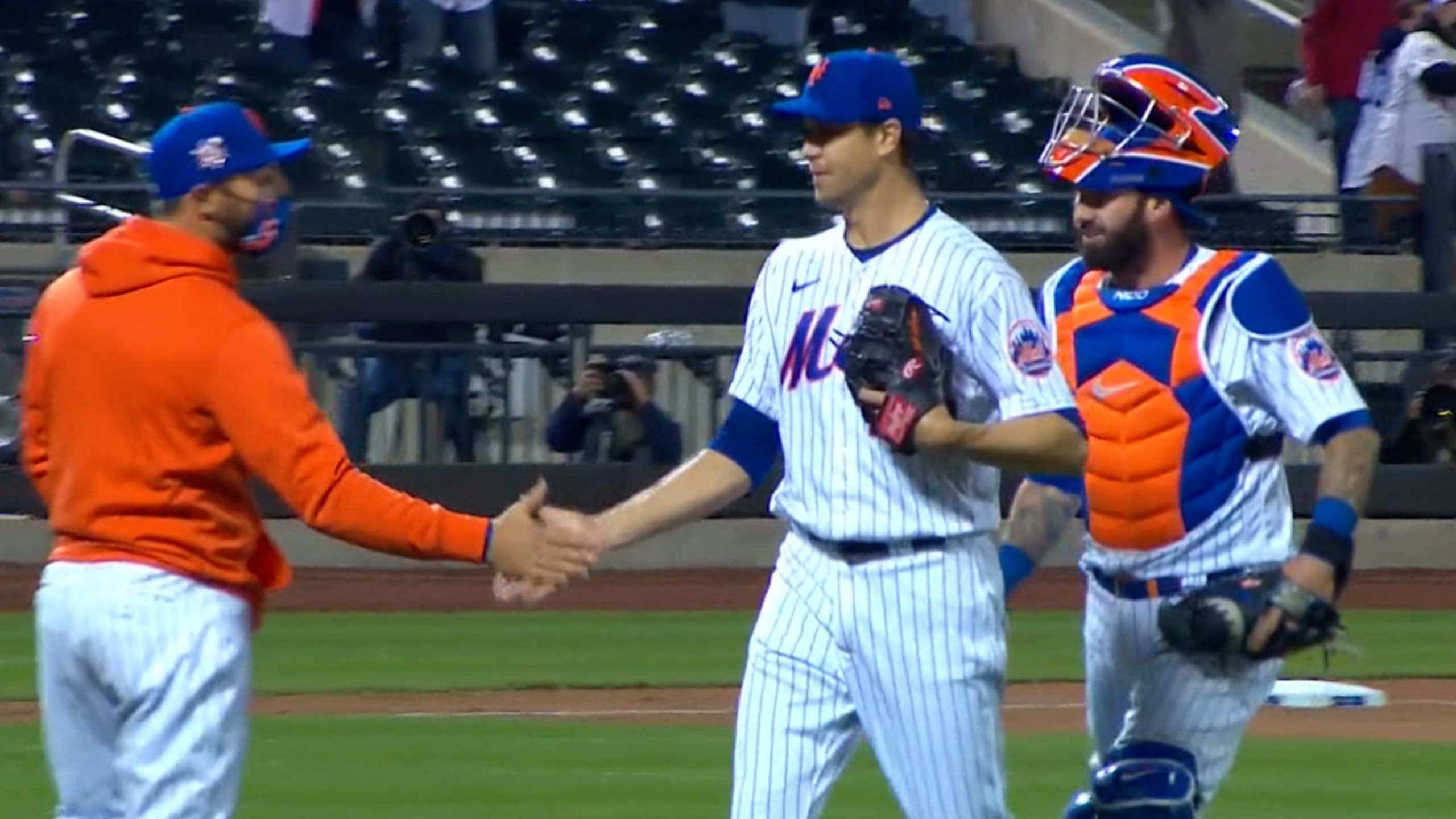 In an accomplishment not thought to be possible, deGrom managed to lower his microscopic ERA of 0.45 to 0.31.  To put that in perspective, deGrom has more RBI, two, than earned runs allowed this season, one.  And if anyone cares, deGrom improved his record to 2-1 on the season.  But we all know wins do not reflect this man’s level of mastery on the mound.

deGrom’s follow-up act will come tomorrow night against the red-hot Red Sox at Citi Field who are averaging over five runs per game on the young season.  Thankfully, the game is not at Fenway Park, which allows deGrom’s sizzling bat to be in the Mets’ starting lineup.