Is the NHL Draft Lottery Rigged? 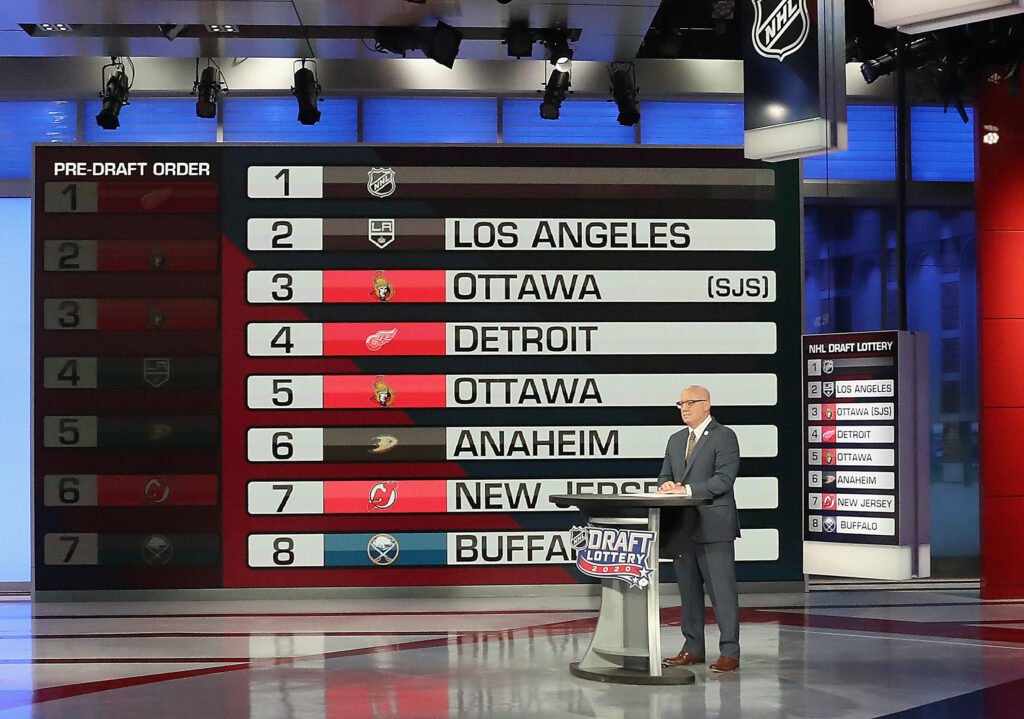 Only hours after the 2020 NHL draft lottery people where upset. This year’s draft was something special as the first overall pick will go to a team yet to be determined which is a first for any sports league.  As with the NHL has yet to finish its season all teams eliminated in the play in round of the 2020 Stanley Cup playoffs, will have an even chance to get the first pick in the draft. But what about the teams who are not in the 24-team playoff. They get picks 2-8 sadly so this brings up the question is the draft Lottery rigged?

With everyone expected the horrendous Detroit Red Wings to fall into the No. 1 overall pick, the Red Wings dropped to No. 4 overall. The Ottawa Senators who had the best individual percentage at the first overall pick took the third spot with the Los Angeles Kings slotting into the second. Then, with the No. 1 overall pick on the line it was given to one of the eight teams in the qualifying round of the expanded 2020 NHL playoffs.

Which means, one of the following teams will get the pick after they fall in the first round of the playoff should they even be played this summer:

Everything about this is madness, but this is not the first time something like this happened. People have said something similar happened in 2019. With teams like the Sabers and Senators losing the top three picks to big name teams such as the Rangers and Blackhawks. It’s chaos. But if it is rigged it’s going to keep the NHL in the headlines for far longer as every team has more to play for in the play in rounds so in conclusion, Gary Bettman the NHL commissioner is an evil genius.