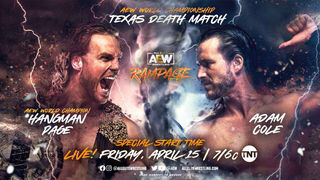 One can say that hangman has been on a roll against all opposition when putting his title on the line beating great technical wrestlers such as Bryan Danielson, Jungle Boy, & Lance archer but Hangman is for sure on the elite list of people who have made a big impact for themselves as champion in the company. One of those people is Kenny Omega who is AEWs longest reigning champion & has put on top stellar matches but the most interesting take about all of this is can Hangman Adam Paige surpass Kenny Omegas title reign? Many fans have mixed feelings about this possibility but Hangman is one of AEWs best & shows it in every title defense. As a wrestling podcast host I can say that Hangman has a chance to achieve this goal but I don’t think he passes omega but at least comes close.

If he can defeat Adam Cole it only adds more to the list of people he has proven himself against. with The Ring Of honor titles being introduced to AEW we could eventually see a winner take all type of match up. Hangman will have more challengers lining up to take that title away from him including those from ROH now that Tony Khan owns the company. This will only add more matches for fans of AEW & ROH to look forward to seeing & add a new twist on storytelling.

Is hangman The guy to take the AEW world Championship to new heights? Maybe so. 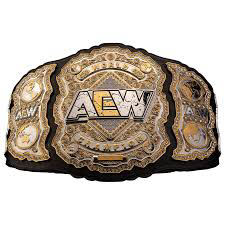