Is Eli Manning a Hall of Famer? 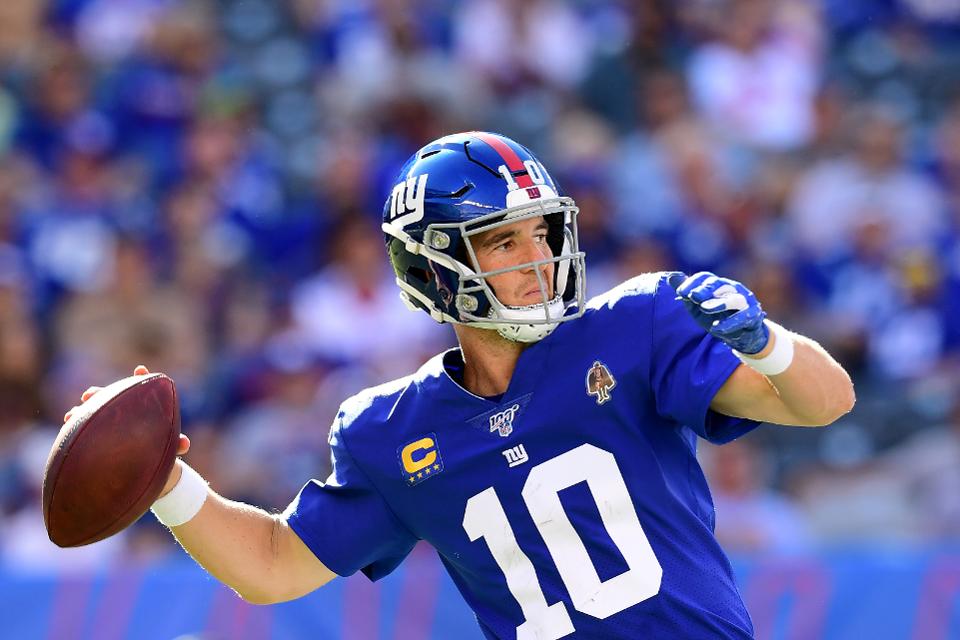 Eli Manning seems to be well on his way to the Twitter Hall of Fame, making now the perfect time discuss if he deserves to be enshrined in Canton as well.
Football by no means is solely based on comparisons, which Eli dealt with his entire career. Not only was he in the shadow of big brother Peyton, but Eli also was and still is compared to fellow quarterback draftees Philip Rivers and Ben Roethlisberger. Manning and Rivers were of course traded for each other. A trade that changed the course of football history.
Despite immense pressure to succeed, Easy E came through in the fourth quarter time and time again. It only took till his third full season to come up clutch. Manning led a 10-6 wild card team on the road to the Super Bowl, a road which included taking down the one seeded Cowboys and two seeded Packers.
Heading into Super Sunday, Big Blue was a 12.5-point underdog to 18-0 New England. In what was a defensive battle through three quarters, Eli and the offense turned on another gear. In the final 15 minutes, Manning went 9/14 for 152 yards and two touchdowns against the NFL’s fourth ranked defense.
It was that second touchdown that will live in Giants lore. Trailing 14-10 with 2:39 remaining, Manning led a 12-play, 83-yard drive capped off by a 13-yard touchdown pass to Plaxico Buress in the back-left corner of the endzone. A 17-14 Giants’ win became one of the biggest upsets in sports history. I would be remiss if I did not mention Eli’s superb play on 3rd & 5 to get out of a sack and find David Tyree for 32 yards over the middle for the famous helmet catch. Drives like these put quarterbacks in Canton.
Eli had defeated an 18-0 juggernaut. Beating Tom Brady in the Super Bowl is a pretty notable accomplishment too. Named Super Bowl XLII MVP, the 27-year old had already put his name in the history books. 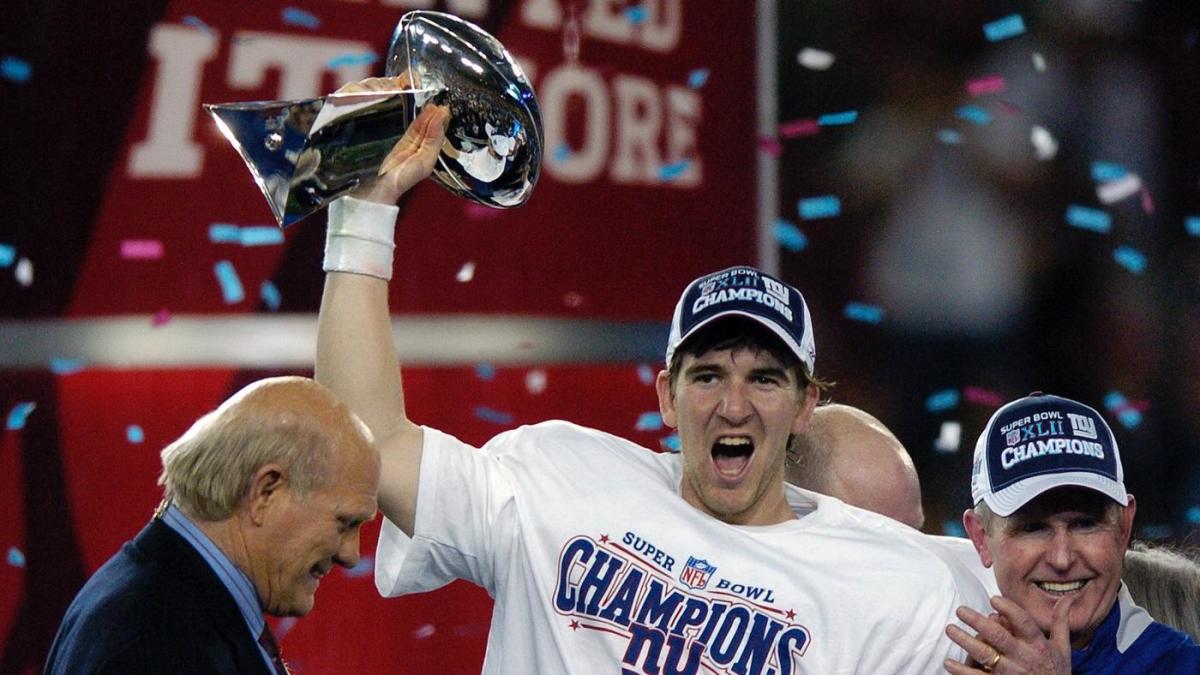 Anything you do once you can do twice right? Well, that was not the case the following season. The 2008 Giants are widely regarded as one of the best teams that did not win the Super Bowl. After an 11-1 start, the Giants finished 1-3 down the stretch.
The 12-4 Giants still secured a first-round bye but laid an egg against the Eagles in the divisional round. A sloppy 23-11 loss ended the Giants’ run at defending their title. It is often speculated the Plaxico Burress incident derailed a second straight championship run.
That second magical run came in 2011-12. During training camp, Manning was asked if he was in Tom Brady’s class. He said yes and put his words into action by having the year of his career in 2011.
Despite having the last ranked rushing attack and a defense ranked 25th, Manning put up MVP caliber numbers. His 29 touchdowns and 4,933 passing yards carried Big Blue to the division title with a 9-7 record. Six of the nine wins were thanks to fourth quarter comebacks orchestrated by Manning. The G-Men won the division on the season’s final day by beating the Cowboys at MetLife in a win or go home matchup. Eli led the way with 346 yards and three touchdowns.
Of all Eli’s playoff heroics, it was perhaps the 2011 NFC Championship Game that turned out to be the defining game of Eli’s career.
On a foggy and muddy evening at Candlestick Park, Eli was repeatedly pounded into the turf by the 49ers’ fierce pass rush. Manning took hit after hit, but he always got back up. His jersey was covered in grass stains, his shoulder pad was coming off, and his chin strap even ended up on his nose. Despite all, Eli hung in there all the way through while contributing 316 yards and two touchdowns in route to a 20-17 overtime win. Performances like these separate good quarterbacks from Hall of Famers. 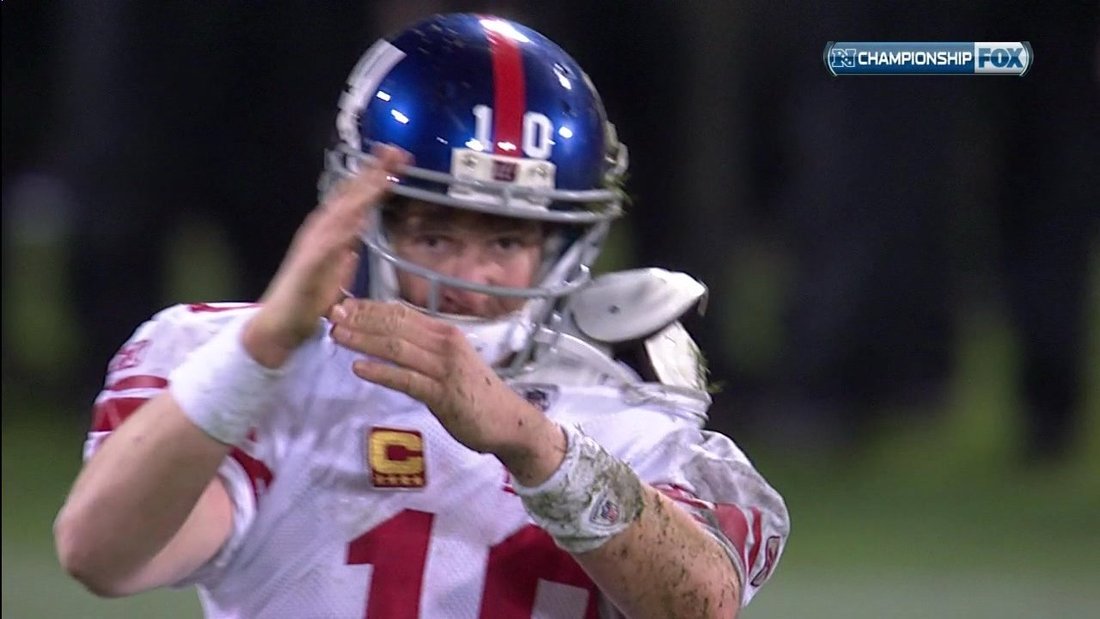 The stage for the sequel was set for Eli vs. Brady II. In another low scoring game, Eli found himself trailing 17-15 with the ball and 3:46 on the clock. No way he could do it again to New England, but he did. This time it was the first play of the drive that will live forever. Manning dropped a dime to Mario Manningham on the sideline for 38 yards.
This was the start of the nine-play, 88-yard drive that got New York in the endzone to go up 21-17 with 57 seconds to play. 21-17 would be the final as the defense would knock down a Hail Mary. Eli had taken down the mighty Patriots yet again, earning his second Super Bowl MVP award in the process. 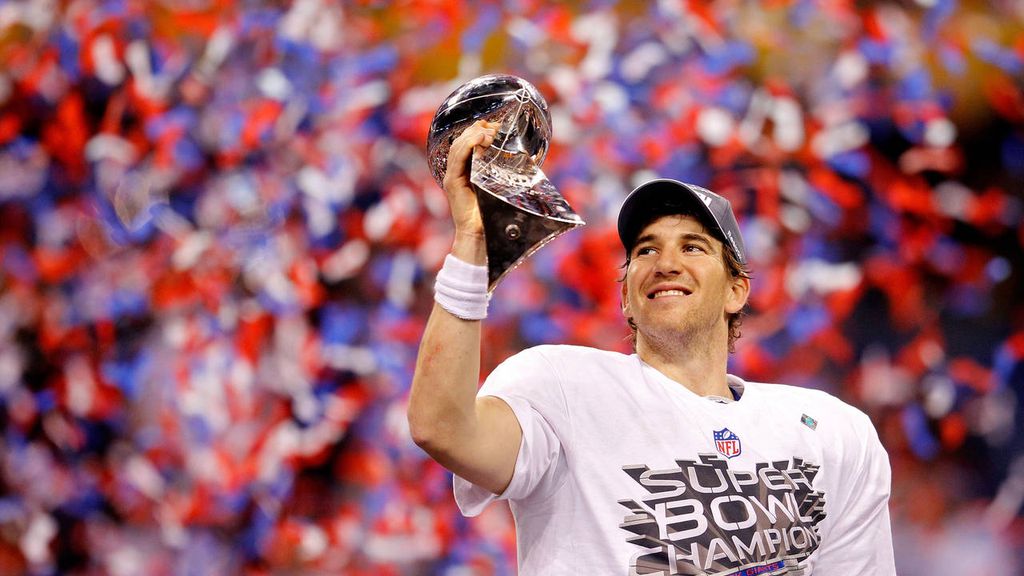 But how did such an under the radar Giants squad beat Tom Brady and Bill Belichick twice? Look no further than head coach Tom Coughlin. Coughlin like Belichick was an apprentice under legendary coach Bill Parcells. The two celebrated together when the Giants upset the Bills 20-19 in Super Bowl XXV. Safe to say both learned a lot from Parcells and applied it to their own schemes.
Eli was the right guy for the scheme and Coughlin knew it. Until this new age of running quarterbacks, the NFL was dominated by pocket passers, like Manning. Eli’s ability to stand strong in the pocket and deliver medium deep and deep passes was what made him so successful.
Although Eli was in the right system to succeed, he often did not have the talent around him. Just because the team had multiple losing seasons does not mean the quarterback should be blamed.
Manning was quite productive many years while the rest of the team was not. The 2014 and 2015 Giants went 6-10, but Eli threw for 4,400+ yards and 30+ touchdowns both years. 2015 is the more gut-wrenching season as the defense blew leads in the final two minutes of regulation five, yes five times. Eli cannot control how the defense plays.
Remember earlier when I talked about how Eli fit Coughlin’s system? Well that went out the window after the 2015 season as Coughlin stepped down as head coach. In came Ben McAdoo.
Despite being the offensive coordinator for Eli’s successful 2015 campaign, McAdoo changed the offensive scheme. Very seldom did we see vintage Eli throwing the ball deep down the field. McAdoo played against Manning’s strength of the deep pass by throwing line of scrimmage passes and 3-yard slants.
As you can expect, Manning’s numbers took a nosedive. In one year, he dipped from 35 touchdowns to 26 while his yardage dropped from 4,432 to 4,027. Still, New York made the playoffs thanks to their improved defense. The Giants defense folded in the playoffs, giving up 38 points to the Packers in the wild card weekend loss. Imagine if the 2016 team played to the same offensive scheme as Coughlin in 2015. What could have been.
After one year, the defense became an Achilles heel once again. Not to mention the offensive line was a sieve as well. Eli was repeatedly drilled into the ground with no time in the pocket to deliver the ball. This often led to rushed reads and throws, resulting in fumbles and interceptions. The final years of Manning’s career could have been much more productive had the team not caved around him.
Is Eli Manning on the same level as his brother Peyton, Brett Favre or Drew Brees? No, but the stats do not lie. Manning is seventh all-time in both passing yards, 57,023, and touchdowns, 366.
Not to mention his iron man streak of 210 straight games, which is third all-time behind Rivers and Favre. We all know his streak would have continued had McAdoo not screwed it up. Teams today would drool over the thought of having a franchise quarterback that could start 210 straight games. That is equivalent to over 13 seasons without missing a start.
Winning two Super Bowl MVPs carries enormous weight as well. Only five players in the history of the sport have won multiple Super Bowl MVPs. Tom Brady, Joe Montana, Bart Starr, and Terry Bradshaw are the other four besides Manning. What do these four have in common? They are all Hall of Famers knowing Brady will easily get in after he retires. 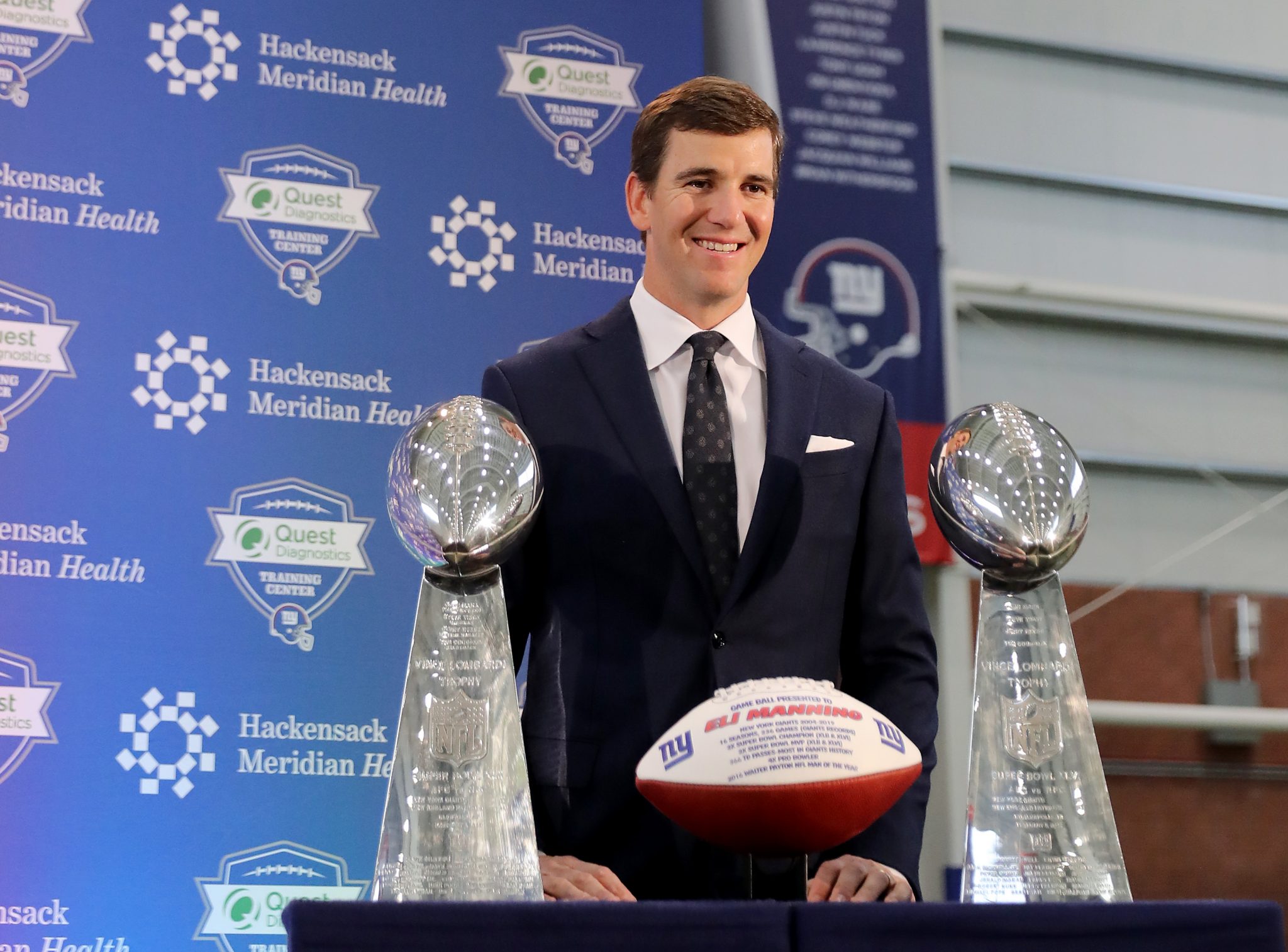 When you are one of five players to accomplish a feat of this magnitude, the red carpet to Canton should be rolled out for you. Eli Manning’s enshrinement amongst football’s greatest will come one day not too far from now.