Is Clayton Kershaw the best pitcher ever? (part 1) 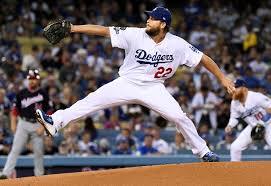 This is part one of a two-part series where the greatness of Clayton Kershaw will be discussed. It can be argued that in 2020 Clayton Kershaw is as just well-known for his October failures as he is for being the best pitcher in baseball since 2009. Clayton Kershaw has tried to expel his October demons multiple times but is yet to do so successfully. Clayton Kershaw was drafted seventh overall in the 2006 MLB draft. He was joined in this draft by other star pitchers, Max Scherzer and Tim Lincecum. However, there were only two all-stars picked ahead of Kershaw in the draft, Evan Longoria, the Rays franchise player for the better part of nine seasons and Andrew miller who after having an unsuccessful start to his career as a starter, moved to the bullpen and resurrected his career. Now both Miller and Longoria have had high peaks and are very solid players, but Clayton Kershaw is in another class. Some would argue Max Scherzer may be in this class with him. While Max Scherzer has had a phenomenal, hall of fame career, other people believe Kershaw should only be compared to the likes of all-time greats such as Walter Johnson and Sandy Koufax.

Some may be wondering how Kershaw can be compared to those two all-time greats without a good October track record. The main reason lies in two stats. With his 2.441 ERA he currently sits 37th all time amongst pitchers with at least 1000 innings pitched or 100 decisions in their careers. This includes relievers such as Mariano Rivera and pinchers who pitched their entire careers in the 1800s such as Will White, when run scoring was more than twice as low as it is today. Also, on that list are legends such as Walter Johnson, Christy Mathewson and even Babe Ruth with his 2.277 ERA. Lastly the next active pitcher on that list is Jacob DeGrom who has a 2.622 Era and is 60th all time. While Jacob DeGrom does have back to back CY Young awards and is arguably the best pitcher in baseball right now Kershaw has thrown more than double the amount of innings deGrom has and still has an ERA that is .18 runs lower. 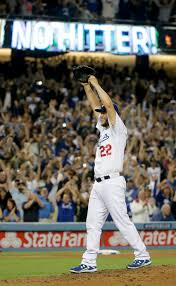 Now ERA is not the only statistic that matters but as you can see Kershaw is in some very elite company already. Some people prefer stats such as Fielding Independent Pitching which attempts to take away the impact of luck and the impact of other people on a pitcher’s stats. It does this by only focusing on what a pitcher can control, strikeouts, walks and home runs. Kershaw ranks 57th all time on that list with a 2.740 FIP while DeGrom is again the next highest active player at 66th with a 2.782 FIP. Now while that may not seem like much of a difference, Kershaw has done it in over twice as many innings and only 5 active pitchers are in the top 150 in FIP all time. To put Kershaw’s FIP into a historic perspective, Steve Carlton is one of the best left-handed pitchers of all time and he is 190th in FIP all the way at 3.153. While that may not seem like there is a huge difference either from Kershaw, and it really is not, it shows that there is a significant difference between Kershaw and DeGrom’s dominance especially considering the innings each has pitched up to this point in their respective careers. Lastly Clayton Kershaw has the highest adjusted ERA+ of all time. For some of you who do not know the newer stats as well, adjusted ERA+ adjusts a pitchers ERA to their ball park and to the pitcher’s league. This allows us to compare pitchers who had different home parks and pitched in different eras more accurately. Mariano Rivera has the highest ERA+ of all time at 205. Kershaw has an ERA+ of 157 and is second all time. Pedro Martinez is third all time in this stat at 154. Walter Johnson has an ERA+ of 147.No matter which stats you use during the regular season Clayton Kershaw is one of the best pitchers ever. Personally, I believe that if you are looking to crown who is the best pitcher ever it will depend on what stats you weigh most heavily. Some people may prefer ERA+ because it takes the era and ball park a pitcher pitched in into effect. Some people may prefer FIP because it only uses walks homeruns and strikeouts, all outcomes that a pitcher controls entirely on their own. However, does not allow a person to see how well a pitcher used their defense. For example, a groundball pitcher such as Dallas Keuchel may allow more contact than other pitchers but if all the contact is groundballs to the infield he should still be rewarded for being able to get batters out. Well some people may say if you put a bad defense behind him they may not be able to make all the plays for him while a pitcher who doesn’t give up as much contact doesn’t need as good a defense behind him. Kershaw is historically great no matter what statistic you use and is far beyond his current contemporaries. Many people will say that Roy Halladay was the best pitcher in baseball before Kershaw claimed the title from him in 2012. Some may even argue he had the title before then all the way back in 2009. Kershaw however has a career that is far beyond what Roy Halladay was ever able to accomplish and Halladay is even in the Hall of Fame. While Kershaw has accomplished incredible things he still has a historically bad October resume which will need to be analyzed further. 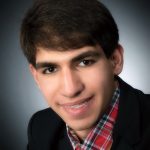