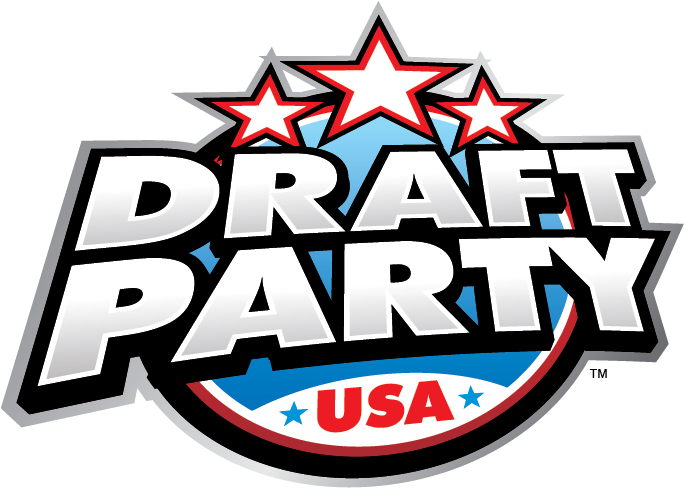 COVID brought all sorts of new ideas to sports. It may be the ultimate legacy to a botched public response to a global pandemic- new sports rules. Like? A baseball double header lasting 14 innings. If it goes extra innings? The inning starts with a guy on 2nd base. Everyone gets a DH, like the games are played in Oprah’s studio.

As a sport, baseball was way ahead of its rivals. They made fundamental short term changes to the game in order to have something that looked like a season. Football? Showed its true mentality. “SMASH! RUN!” was the Commissioners reaction grunt to how football would deal with fans and corona.

Two sports thought of a bubble. One thought of one without prostitutes, which may speak to the long run difference of being raised with one parent versus two.

But there was one change I would have liked to have seen be introduced in every sport. And not just this year, but going forward forever. That idea? Playoff drafts.

What’s a playoff draft? I’m not sure it even exists, so I get to totally create this new and brilliant idea. In theory, a playoff draft is a way to make playoff sports more interesting and exciting. How does it work? It goes like this:

Team A beats Team B in the playoffs. Fuck you, Team B, you pieces of shit! After A dispatches B, depending on the sport, Team A can harvest players off of Team B’s roster. How many players? Easy.

A smart team would select other players to cover for weaknesses. Is your running back average? Steal the better one! Did a star player get hurt? Take the equivalent?

Think back to when the Jets beat anyone in the playoffs. In 2010 Tom Brady would have been a Jet. That’s a big wow factor, no?

The player additions are also a per round total. If your baseball team wins the play in and the wild card? You have 4 new guys on your team.

Forever? No. You get the player back on your team after the postseason.

Do you have to take other players? No, its up to your GM and coach.

You may say “Since we won, why would we take a player from the other team?” The better question is- Why wouldn’t you? What, you think by sharing how you’re coached a guy or two will have the keys to your weaknesses? They just lost to you, so if they couldn’t figure it out then, one player wont break a code in an extra week or two. The only thing he may figure out is that his regular coach sucks.

No, this is about rewarding winning. About adding excitement for the fan. About offering the best product that you possibly can. Plus now you get multi city appeal. Derek Jeter on the 2004 Red Sox? New York will be watching that World Series.

For the players, it’s like a free agency window. You get to check out other teams operations first hand. Players should love that because it will push wages up when they jump ship for teams that they liked.

What if there is an upset? Holy cow is that a game changer! Say The LA Lakers lose in the semi finals. Suddenly you have LeBron James or Anthony Davis coming off of your bench in the next round. That’s sudden interest in an underdog team. And the more LeBron, the more ESPN exists.

What about the guys that they replace? Those guys get put into suspended animation on your roster. New guy gets injured? Fuck off. You’re down one. You have to give the suspended animation list a positive sounding name so it doesn’t sound like a punishment. Call it the “Recent Reserves” list.

Players you take in a playoff draft? They get playoff money shares, a title ring, but their name isn’t added to your team history or on the Stanley Cup. Their stats however are added to their personal history. Say Pete Alonso is taken by the Braves and hits 4 playoff home runs? That’s all Alonso stats, not the Braves.

The Celtics beat the Sixers? Suddenly backing up at point for the Celtics? Ben Simmons! Makes the game more interesting, and the team stronger. This year in the NBA Kawai Leonard would have been picked up by Denver. How would that change their approach in the next round?

Plus, the selection process itself would be super exciting. All sports leagues make a big deal about amateur drafts. Imagine the headlines of a professional draft? It would be interesting to see who would get picked. Sorry, choking ass Clayton Kershaw!

And if you chose a player who was a bum? The second guessing would make a whole new world of sport talk what if’s. “Imagine how it would have turned out if the Yankees took Ichiro, Tim Hudson and Barry Zito in 2001? They win 6 World Series in a row!”

Think about the revenue opportunities available for sports teams. Sport leagues keep making money off of TV ratings. Why would they want to water down a product?

Could players throw games? Absolutely. That makes the selection more exciting- it’s the chance you take as a franchise. Plus, couldn’t a player throw a game in the playoffs anyway, or was John Starks that god awful bad versus Houston?

This idea is most definitely outside the box, and will insult sports purists. However, if would create dream teams in each sport, and that’s what fans want to see, right? So come on big leagues, time to grow a pair and start the playoff draft!