Illegal Use of Hands to the Face 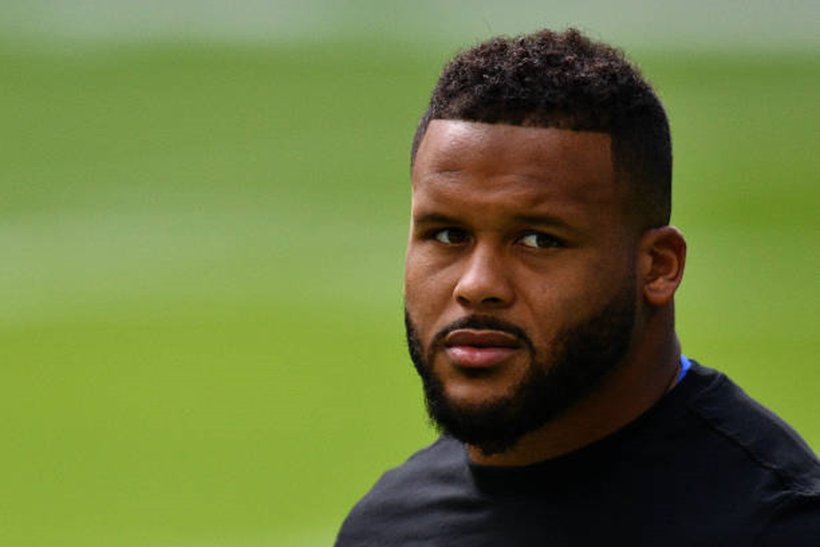 Pretty sure we can all agree that we’ve been trapped inside for far too long due to the COVID-19 pandemic. Normal activities like shopping, watching movies, attending sporting events, and going to concerts have all been altered, put on hold, or just flat canceled, like the “Fyre Festival” but worse. Most agree that the general publics’ assimilation back into society is going to be bumpy at times given the year we’ve all just spent in our own “Fortress of Solitudes.” Habits like wearing only sweatpants, binge-watching Netflix to start the day, clandestinely filling our coffee mugs with wine to get us through yet another Zoom meeting aren’t going to be the new normal, because we are going to have to go back to the old normal. You know like bars. Remember bars? Bars are great, right?

Now imagine you are finally able to go out with your friends to a bar. The weather is perfect, it’s been a great night of drinks, food, music, that girl you were flirting with (insert Wolf of Wall Street GIF HERE) and sure, you’re tipsy, it’s pushing 3 AM and now you’re even stumbling through the bar, man, just like old times, life is good….and then…oops…you accidentally bump into someone. No biggie. What’s the worst that could happen. Just a bump. Now close your eyes and think about the biggest badest NFL player that you would never ever in a million years want to bump into at a bar come the end of the night…and tell me why it’s Aaron Donald and why he’s about to straight whoop your ass…

…it’s too late… you are down and out and the NFL Defensive Player of the year is allegedly providing you with a VIP tattoo session you never remember signing up for. Total nightmare fuel for me personally. This never happened during my wine-crazed Zoom meetings! 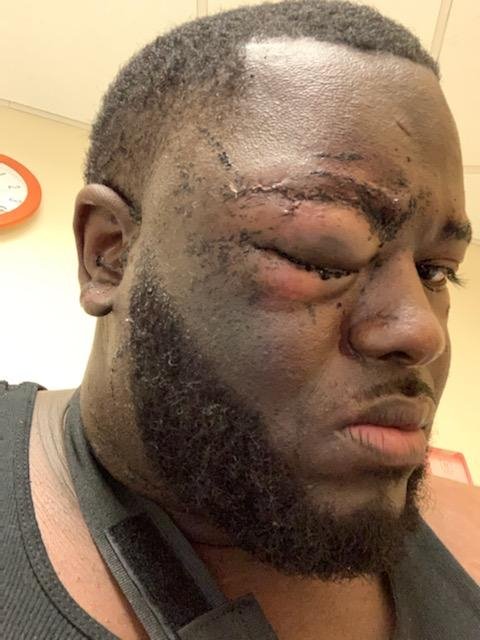 Well, that’s the gist of the claim being made by Attorney Todd Hollis on behalf of his client, who Da Vincent Spriggs, a Pittsburg man claiming to have come out on the wrong end of a bar fight with perennial All-Pro, Aaron Donald of the Los Angeles Rams. The man, sporting a swollen right eye with visible stitches, his arm hanging in a sling, stood next to Hollis as his lawyer described his client’s injuries. “His eye is closed, with 16 stitches in his eye and a concussion and other serious injuries he’s suffered, this is a severe incident.”

According to the account Sprigg provided Pittsburg police with, Aaron Donald and another man confronted him after Spriggs accidentally bumped into Donald at Pittsburg’s Boom Boom Room nightclub. During the exchange, Spriggs claims that Donald and the other man punched and kicked him. Spriggs admitted to police that he threw a bottle of alcohol at Donald. According to Hollis, the incident wasn’t just contained to the club. “When they got outside, Mr. Donald approached Mr. Spriggs and Mr. Spriggs was punched and attacked again allegedly, by Mr. Donald and the individuals that were a part of his group,” Hollis told ESPN.

When asked by local KDKA’s Andy Sheehan if the attack was provoked, Spriggs confirmed he was assaulted and Hollis exclaimed that “It was definitely unprovoked.” Aaron Donald nor legal representation for him have spoken to date regarding the matter. Who is at fault in the incident still remains to be seen, but the Pittsburg Police will be weighing in after Spriggs filed charges on Wednesday, April 14th.

Pittsburg Police are currently reviewing this case and plan on collaborating with the Allegheny District Attorney’s Office to determine the next steps in the case. According to CBS Los Angeles, The Rams Franchise released this statement: “We are aware of the report regarding Aaron Donald. We are collecting more information and will have no further comment at this time.” The NFL Leauge Office has yet to weigh in, but disciplinary measures could be handed down by NFL Commissioner Roger Goodell if he thinks that Donald’s actions violate the NFL player conduct policy.