How to Address The NFL’s Officiating Issues 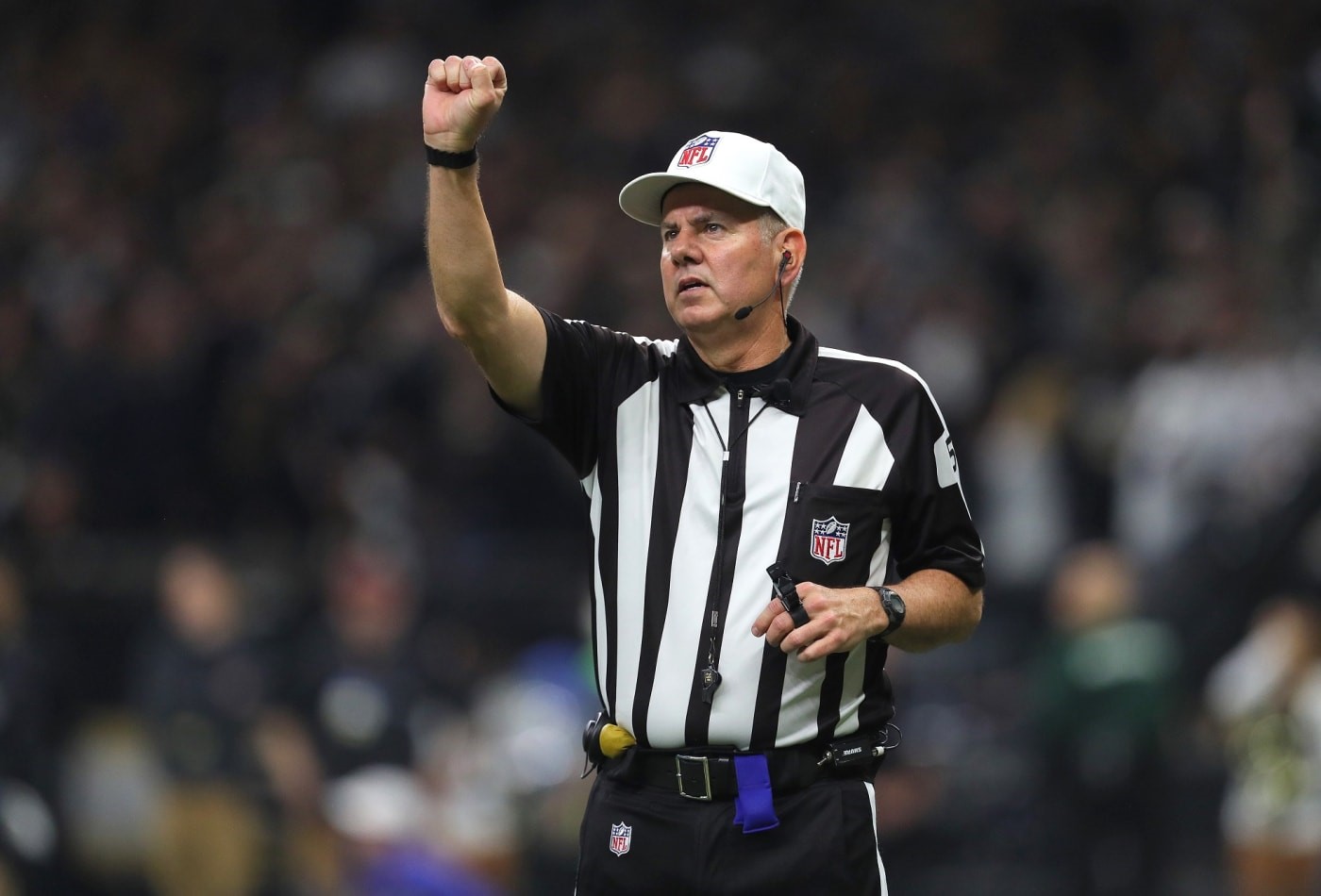 New York, N.Y.- Monday night provided yet another platform for the biggest stars of the NFL season to help determine the outcome of a game, and I’m not referring to any players on the Packers or Lions. The officials stole the show yet again, injecting themselves into a game that eventually saw the Packers win the game on a Mason Crosby game-winning field goal as time expired.

The referees were front and center yet again due to a couple of brutal gaffs in the fourth quarter that helped keep the Packers hopes alive. Lions defensive lineman Trey Flowers was flagged for two “hands to the face” penalties in the fourth quarter that after a quick replay showed both plays were legal and the flag should have stayed off the field. Troy Vincent, the NFL’s executive vice president of football operations, admitted Tuesday that the second penalty on Flowers should not have been called, a too little too late consolation prize for Lions fans.

Penalty flags have been flying at an alarming rate this season. As Paul Hembekides pointed out on twitter, there has been an extreme spike in flags per game this season. From 2016-2018, there were on average 15.8 penalties per game. In 2019, there have been 18.3, a jump of 2.5 extra flags per game. In Sunday’s Jets-Cowboys game, there was a penalty flag thrown on six consecutive plays. Six. Consecutive. Plays.

This is a trend the NFL can’t have. With the rules in place to protect players and world-class athletes training all year, the game has never seen a more talented group of players on the field. It should be these players whose jerseys we wear and social media handles we follow that determine the outcomes of games on the field.

Herein lies the true problem: a solution is easier said than done. One common fix tossed around is the addition of a “sky judge” to each game’s officiating crew, which would place an official in the booth to buzz down to the on-field refs to help correct any egregious calls made in real time.

Two issues I see with this are: 1) We’ve seen with the new pass interference challenge system that officials are rarely changing the call on the field. If referees are still deferring to the call made on the field, even if it’s obvious during the review that the wrong call was made, I don’t have much confidence that having an official in the booth buzzing down to correct any missed call would work all that differently 2) As the Washington Post points out, the NFL is leery that they could even find 17 qualified officials to fill these new jobs.

The only plausible solution I’ve come up with so far has been to re-train officials and insert a mindset that the less flags thrown per game the better. Part of the problem I believe is that it’s easier than ever to know if the call is right or wrong because television broadcasts can provide every angle of a questionable call. This has made trying to officiate a game harder than ever, as us fans on the couch sometimes have better angles than the referees do on the field.

I’d like to think I’m with the majority when I say I’d rather see a probable penalty not called than a phantom flag thrown to give an undeserving team a second chance. If refs are trained to stay out of the way and only throws flags for obvious penalties, the game will profit in the long run.

The setback with any solution is that it can’t fix the here-and-now problems of the 2019 season. Officiating is a fickle profession that relies on humans to make snap judgments without the benefit of replay like we have at home. The NFL knows this is a problem. It’s up to them to make sure the biggest headlines after the game are about the players on the field.