Honoring Heroes in Struggle for Racial Equality – Part One 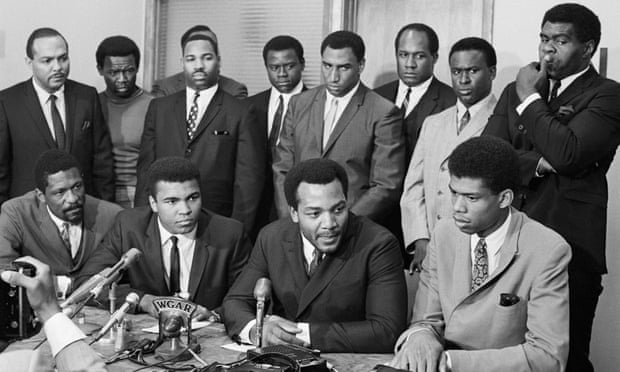 While most of the world continues to engage in rhetoric that will help address systemic racism, I urge everyone to educate themselves on why it matters so much.

“Violence and hatred are the attributes of a sick society.”

An essential part of understanding each other is recognizing why there is grave concern among the African-American community. One cannot understand what fears, anxieties, and concerns another face without experiencing it.

WHY IT’S ABOUT RESPECTING, NOT DISRESPECTING

I face daily challenges and fears being a cancer survivor. Due to the damage caused by chemotherapy and radiation, I suffer from Crohn’s disease and Lymphedema. I struggle with explaining to those who don’t face those issues, how it affects me. Others can’t understand my frustration since they don’t experience it.

The same explanation goes for African-American’s who experience racism. Those who aren’t Black will never understand how that feels. However, we can empathize, listen, educate ourselves, and be sensitive when situations occur. Doing so creates trust and understanding by showing compassion and empathy.

While attending The Kings College as a Freshman, I engaged in a conversation with my RA who was Black. During our discussion, he proceeded to tell me “If I woke up Black, it would be my worst nightmare”. Initially, I was terribly offended, thinking he was calling me racist. However, he explained the anxieties and fears he faced because of his color and I would never understand how that feels. Despite occurring almost 27 years ago, I never forgot the emotion shown during his explanation.

DON’T TAKE MY WORD – CHALLENGE YOURSELF

In a time of such division, I wrote this article to help educate everyone on heroes that gave their life to represent equality, dignity and stand up for racial injustice.

I encourage everyone to do their research and educate themselves. While everyone is entitled to an opinion, the ability to validate ideas with factual evidence helps challenge false propaganda.

One cannot understand perspective without realizing the sacrifice that others made. All MLB players need to understand the circumstances which Jackie Robinson faced during the 1946 & 1947 seasons. While Serena Williams’ athleticism and strength led her to monumental heights in tennis, Althea Gibson broke the color barrier in TWO sports.

A few years after Gibson made her debuts in tennis and golf, Black athletes found themselves on the frontline as the United States prepared for the 1968 Olympics. African-Americans across the country faced unruly mobs looking to take their frustrations out due to backlash from the passing and enforcement of Civil Rights Acts. Lynch mobs, the KKK and other white supremacy groups operated without fear in many areas.

As 1968 progressed, the war in Vietnam escalated, and protests broke out on college campuses. On April 4, the nation lost Dr. King, assassinated on the balcony outside his second-story room at the Lorraine Motel in Memphis, Tennessee.

On June 5, Bobby Kennedy suffered the same fate, assassinated during his Presidential campaign at the Ambassador Hotel in California. Both events shattered hopes of those who fought for change. Read about how Rafer Johnson and Rosey Grier, two prominent athletes of that era, believed in Kennedy.

During the last week in August, the 1968 Democratic convention in Chicago brought riots and violence into the living room of every American. Student protests, the ‘Yippie” Movement,  the death of a native-American shot by police, and reaction of Mayor Richard Daley, added fuel to an inferno.

Lee Evans, John Carlos and Tommie Smith ran track for San Jose State University. The Spartans track and field team earned the nickname “Speed City” under coach Bud Winter (SJS produced 43 world records and 49 American records between 1958 and 1979). Evans, the most vocal of the trio, and Smith found inspiration from the Black Freedom Movement and sought to expose injustices concerning amateur athletes. Unable to find housing close to campus due to his color, Evans noticed the only Black males living on campus were athletes. This lead to the creation of the USBA (United Black Students for Action).

Dr. Harry Edwards competed in the discus while receiving his Bachelor’s degree from San Jose State (1964). Edwards, who recently completed his Ph.D. in Sociology from Cornell, along with Ken Noel, helped organize a meeting that started the “Olympic Project for Human Rights” in October 1967 (the three already formed the USBA, which succeeded organizing protests concerning campus housing.). Their goal was to expose how the United States used Black athletes to project a lie both at home and internationally. Edwards later published “The Revolt of the Black Athlete” in 1969.

“We must no longer allow this country to use … a few “Negroes” to point out to the world how much progress she has made in solving her racial problems when the oppression of Afro-Americans is greater than it ever was. We must no longer allow the Sports World to pat itself on the back as a citadel of racial justice when the racial injustices of the sports industry are infamously legendary…. [A]ny black person who allows himself to be used in the above matter…. is a traitor to his country because he allows racist whites the luxury of resting assured that those black people in the ghettos are there because that is where they want to be…. So we ask why should we run in Mexico only to crawl home?”

In addition to Evans, Smith, Carlos, and Edwards, UCLA basketball player Lew Alcindor, also spoke out. Alcindor took the shahada twice and converted to Islam in the Summer of 1968. He adopted the Arabic name Kareem Abdul-Jabbar, though he did not begin using it publicly until 1971.

The OPHR had five central demands:

Ali had been stripped of his title in June 1967 for his refusal to fight in Vietnam.

• Remove Avery Brundage as head of the International Olympic Committee.

Brundage was a notorious white supremacist and antisemite, best remembered today for sealing the deal on Hitler hosting the 1936 Olympics in Berlin. He once praised Hitler’s regime at a rally in Madison Square Garden. As head of the International Olympic Committee, he also opposed the entry of women as competitors. It’s hard to imagine someone as vile as Brundage could exist with such unswerving racial biases and prejudice. Still, his influence reached far and had severe consequences from those who dared challenge his authority.

This was a conscious effort to express internationalism with the black liberation struggles occurring in these two apartheid states.

At the time, the NYAC did not allow Puerto Ricans, Jewish, or African-Americans to be members. The OPHR organized a boycott of a track meet at MSG in February, celebrating the 100th anniversary of the NYAC.

Around the same time the OPHR started, other prominent African-American athletes led by Jim Brown and Bill Russell convened in Cleveland. The group discussed many concerns, including their thoughts on Muhammad Ali’s decision to avoid the draft.

On November 23, 1967, the group voted to boycott the 1968 Olympic games. The OPHR faced strong objections from the media and other prominent voices in the U.S. at the time. In his autobiography, “The Struggle That Must Be,” Edwards obtained more than 2,000 documents via the Freedom of Information Act from the FBI, CIA, and U.S. Military Intelligence, which showed that law enforcement was investigating the group. Under the direction of J. Edgar Hoover, the FBI used informants and undercover agents in Edwards’ classrooms, tracking his movements and attending his speeches.

Many athletes were not in favor of the boycott. Participating against the world’s greatest amateur athletes was too good an opportunity to pass up. The Olympic games were the perfect showcase to publicize their talents. The athletes chose to protest individually as some were not as comfortable as others. Despite compromising by withdrawing their demands, the athletes faced severe consequences if they participated in any form of protest.

While many athletes participated, Jabbar chose not to. Instead, he decided to teach kids in New York City how to play basketball and why they should stay in school.

END OF PART ONE – CLICK HERE FOR PART TWO

DON’T WASTE PAIN! – USE IT TO THINK FOR YOURSELF

Don’t fall victim to promises of crooked politicians who look to exploit. They come around every election cycle, insisting they know what is best. Their biggest fear is using your ability to think for yourself. Don’t subscribe to any political ideology that insists you choose between two corrupt parties.

Listen to ideas. Befriend those who think differently. Challenge yourself and others not to identify anyone based on one characteristic. Some of my best friends are individuals I vehemently disagree with on a variety of issues. However, I stand with them and defend their right to express their views. How else can we grow as a society?

Don’t allow anyone to shape your future, control you, and tell you what to think. Such people are wolves in sheep’s clothing.