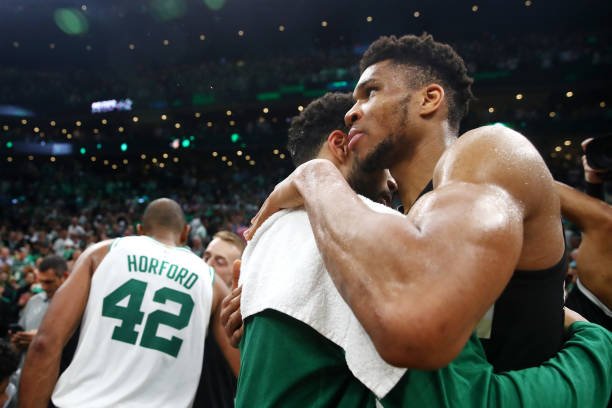 (Giannis Antetokounmpo embracing Jayson Tatum after the game [Getty Images])
There will be two brand new teams in this year’s Eastern and Western Conference Finals in the NBA, with defending champions Milwaukee Bucks and west champions Phoenix Suns both being eliminated in their respective game 7’s on Sunday.

The Bucks started their game against the Celtics in Boston the stronger, going out to an early seven-point lead in the 1st quarter after a Brook Lopez three. Boston took over mid 2nd quarter and never looked back. Giannis Antetokounmpo as usual had to be the driving force of the team, scoring or assisting on each of the team’s first 22 points. 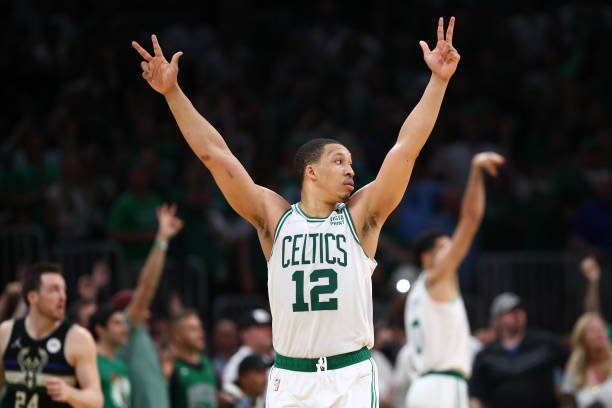 (Grant Williams [Getty Images])
Then the Celtics caught fire. Setting a game seven record in regards to 3-point field goals made (22) with Grant Williams leading the way with a record-equaling 7 threes. Williams joined an illustrious company who have accomplished that feat such as Marcus Morris and Stephen Curry, who did it twice.

Williams led the team in scoring as well notching 27 points, a career-high. Jayson Tatum had 23, with Payton Pritchard contributing 14 points and 5 rebounds in 17 minutes off the bench.

Giannis, even though being on the losing end, became the 1st player in NBA history to record 200 points, 100 rebounds, and 50 assists in a single series. The Greek freak finished the game with a team-high 25 points and game high 20 rebounds, falling one assist short of a triple-double stat line. The game though ended 109-81 blowing out the Bucks and sending the deer into extinction. 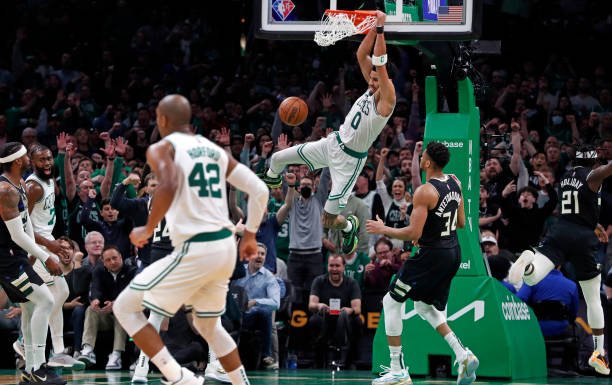 (Jayson Tatum throwing down [Getty Images])
In the Western Conference, a shock occurred in the valley as the Phoenix Suns were humiliated by the Dallas Mavericks, not playing like the team with the best record in basketball. After a mild start to the game, Dallas went out to a 29-15 lead in the first quarter, and how this series has been going you expected the Suns to eradicate that lead. 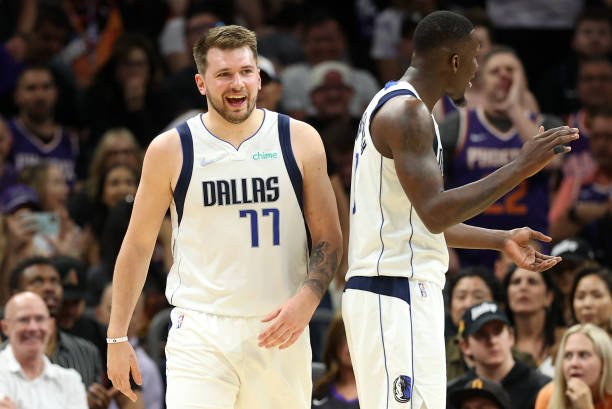 Chris Paul and Devin Booker ghosted one of the biggest games of the season at home as well. The lead kept ballooning as high as 45 points. The game ended 123-90, making the “Sun-set” in Phoenix from. Luka was fantastic, however, Spencer Dinwiddie had himself a night. Something Brooklyn should see that he stepped up in a massive elimination game, something they could have used. 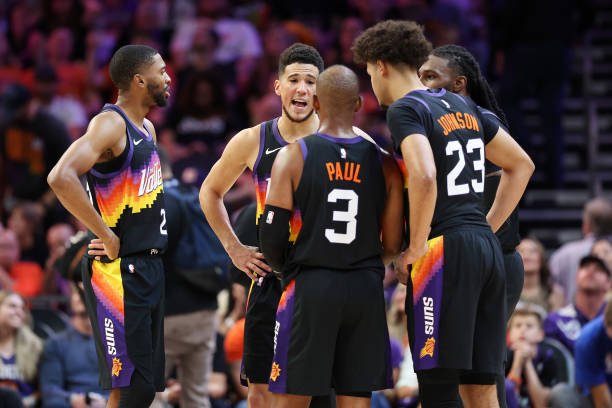 (The Suns did not have a clue of what to do [Getty Images])
Both Conference Finals are set. Boston vs. Miami in the East, with Golden State vs. Dallas in the West. Some people don’t want to see it (Laker fans) but the Celtics are looking to break that championship tie. I say for all the good defensive play the Heat have it won’t be enough to contain the Celtics, Boston in the final in 6. In the West, it will go the distance. Another game seven with Golden State using their experience, not talent or skill, to win the series.