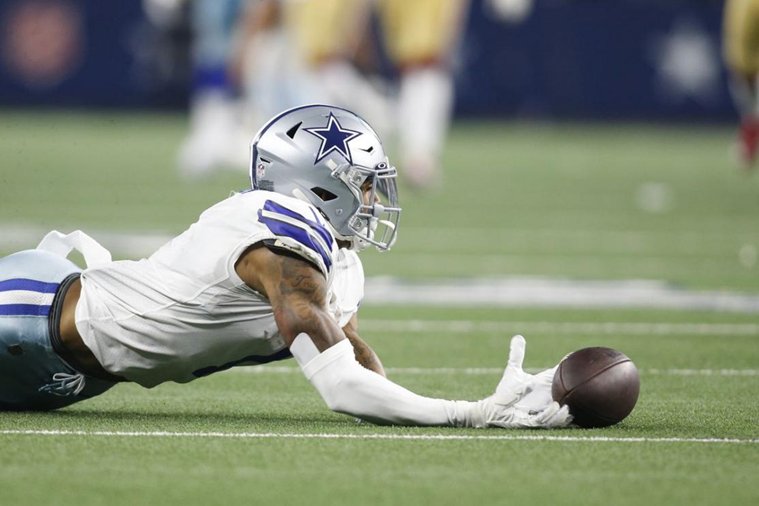 How to sum up the final game for the Cowboys season……..frustration is not enough. Sadness, disappointment maybe, but it was absolutely frustrating. The Dallas Cowboys threw away their season on an awful final play in Arlington on Sunday, losing to the San Francisco 49ers 23-17. Talking about the final play Dallas should not have needed the final play to win the game as throughout the season they have averaged 32 points per game and over 400 yards per game, this should have been a comfortable win, especially seeing that Jimmy G did sod all in the game.

First point; penalties. 14 PENALTIES?!? I spoke about this being a problem for the Cowboys, the indiscipline of the team. Randy Gregory and Connor Williams seem to get penalised for holding or false start penalties twice every game and it annoys me. I counted eight penalties that either gave the Niners a 1st down or took one from Dallas. In the first half, the Niners ran the ball about twice down the field, and the other yards were covered by penalties. It is stupid, it is indiscipline, and it is downright lazy. What the Cowboys do is rely on their talented defensive playmakers to win the game for them (Micah Parsons/Trevon Diggs) and when that doesn’t work then they are in real trouble. 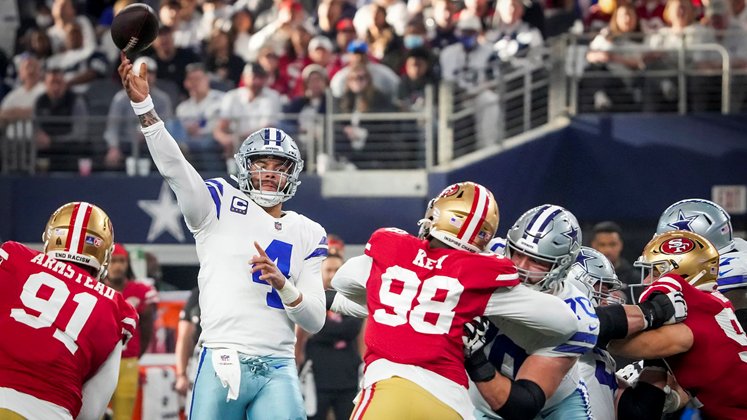 Well, I gotta say that the performance of one $120 million quarterback proved my point that he is overpaid and overrated. How can you play a home playoff game and finish with a QBR of 27??? That’s atrocious, it is ridiculous, but it is the true Dak Prescott. I mean he turned up in the 4th quarter as usual, but the game’s gone. Why now? Where were you the previous three quarters? Throwing picks, overthrowing targets, not targeting CeeDee at all because Cooper wanted to say “oh I’m not being targeted enough” man up! You aren’t targeted because you aren’t performing, simple!

Over $100 million was placed on him and now I want him as far from Texas as possible. Send him to the Jets or the Jags because he has become useless. Zeke has not been Zeke all season and last night the most memorable moment was when he took out two guys to protect Prescott in the pocket. After the game on Cowboys OT, he mentioned he played with a torn PCL which may explain a bit but not all. Tony Pollard who is young, playoff debut, even returning from Covid-19, but he was starved. T.P had about 5 carries in the game and all were between four to nine yards, but the ground game wasn’t chosen. I’m not even gonna talk about Cedric Wilson’s crucial drop on 4th & 11 because he was only in the game because Michael Gallup is out for a few months.

As owner, CEO, and General Manager Jerry Jones said after the game to the media “when you have a team like this you expect success.” Expect a busy offseason from the ‘boys in the coaching staff with the futures of offensive Coordinator Kellen Moore and Defensive Coordinator Dan Quinn uncertain as both are up for Head Coaching jobs for next season. You can expect moves on the roster as well because you don’t get paid that much to play that bad, this is not Barcelona. 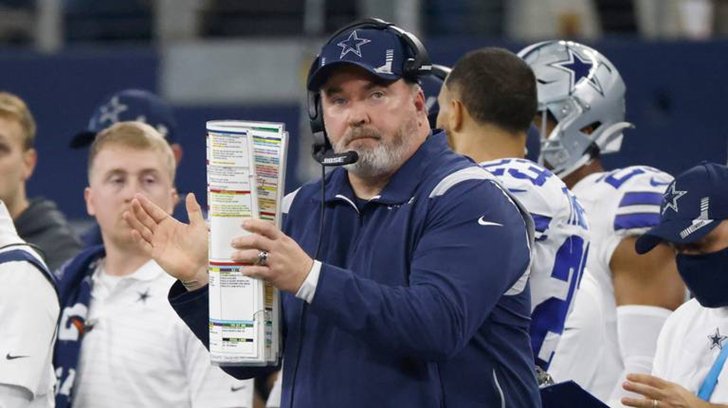 Randy Gregory is a brilliant player but a costly player. Amari Cooper can be a top-five receiver on his day, but those days are too far apart, Dak Prescott, for me, was never a top 10 QB in the league. Demarcus Lawrence was paid $100 million for a 10+ sack season, and ever since he has barely made it half that. The team needs a shake-up, a cultural reboot, and this is the offseason to do this.

To compete with the likes of Tampa Bay, Green Bay, Arizona on the NFC, and Kansas City, Buffalo, and Cincinnati on the AFC, you need a strong coaching staff, a defensive lineman who puts the fear of God in opponents, receivers who show up in any condition, and a QB that doesn’t leave it late every time. Quinnen Williams is an interior defender that would massively upgrade that Cowboys defense.

Back to my earlier point, trading Cooper to the Jets for Williams should be a no-brainer especially since New York wants to build a team around their QB, Zach Wilson. Williams brings a quickness that Neville Gallimore lacks, and awareness with his six sacks last season, second compared to only Micah Parsons (13). The 24-year-old is inexperienced, yes, but if the Cowboys can keep Dan Quinn, this boy would be an absolute beast. 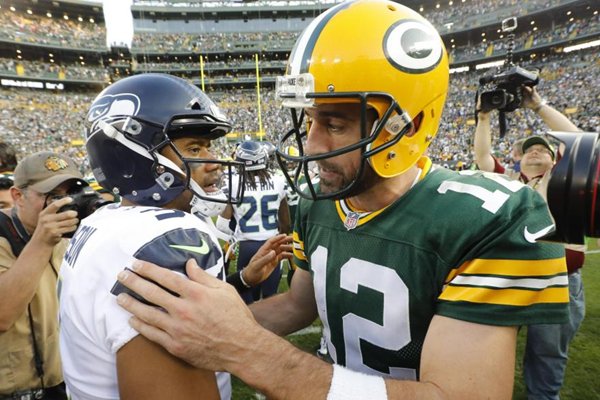 The list of Quarterbacks is long this offseason with many out of contract or wanting to move from their current organization, so there are options. Torn between two options to lead the offense next season; either Russell Wilson or re-unite Mike McCarthy with the man who brought him to the promised land: Aaron Rodgers. Wilson I believe has 1-2 good years left in him and he would think he has a lot to prove after his finger injury earlier in the season, which led to his poor run of form.

Rodgers expressed his desire to leave the Packers for the last couple of years and putting him in America’s team would be a fairy-tale ending to a star-studded career. The reigning MVP is lights out, aging like fine wine and would revolutionize the team for the better. Think about it, if you are Aaron do you continue to be in an offense with Davante Adams as your only target, or do you go to Jerry world, be the face of the franchise, and have CeeDee Lamb, a fit Michael Gallup, and even a 3rd receiver of his choice, Allen Robinson comes to mind. 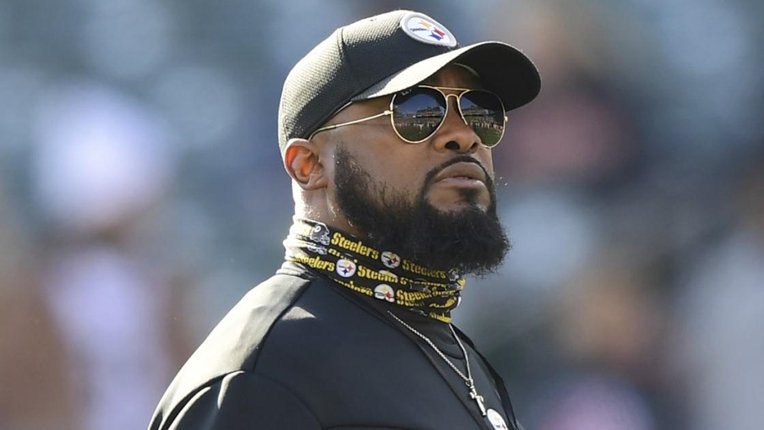 Finally not to say you bring these players in then the Super Bowl is wrapped and the season should be canceled already, who is to say McCarthy is the man to lead them to that prestige? A head coach the Cowboys could be looking at is Brian Flores, but that won’t be a Super Bowl push. The ideal coaching option is the best African-American coach in the league, Mike Tomlin. After that coaching debacle when you call a QB draw with no timeouts, 14 seconds left, the writing was on the wall for McCarthy.

With Ben Rothlisberger retiring and rumors of the GM doing the same, it does not make sense for Tomlin to return either. Leading the team with the largest fanbase in the league, and Tomlin is a man who welcomes pressure, might as well sit back and relax because the proper Mike is in charge. A coach that can manage a game, has great play designs and execution, yes, please!