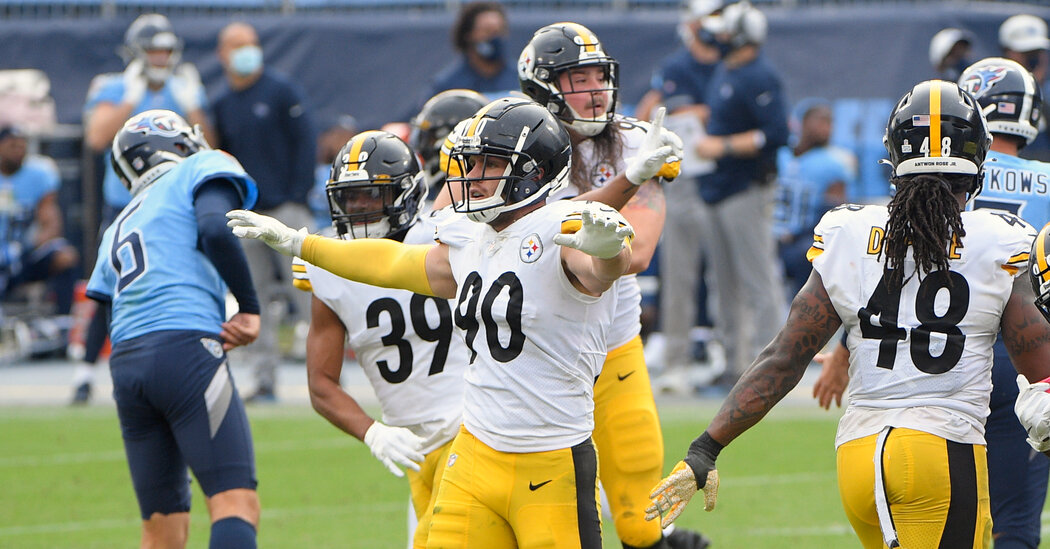 As we near the mid-point of the 2020 COVID-19 Special NFL season, strange circumstances surround the league. With the NFL trade deadline set for November 3 at 4 PM EST, Week 8 is the last weekend teams can showcase the players they wish to offer.

Here is the Week 7 version of Five Interesting Stats.

Despite registering just two wins in their first seven games, the Philadelphia Eagles lead the NFC East. The Eagles 22-21 victory over the Giants on Thursday Night Football (Philadelphia erased a 21-10 lead with under six minutes remaining) gave them a 2-4-1 record, which currently sits percentage points higher than the 2-5 Cowboys and Redskins in the NFC East. All four teams feature negative point differential, with Washington currently besting the Eagles by 1 (Eagles -33, Redskins -32).

Matthew Stafford’s GW 11-yd TD pass to T.J. Hockenson saw the Falcons fall to 1-6 on the season. Atlanta’s 23-22 loss marked the third time the Falcons surrendered a lead with two minutes or fewer remaining in their first seven games.

Jets Fall to 0-7 behind Offensive Offense

After totaling 30 plays for 193 yards and culminating their third drive with a five-yard TD run by rookie RB La’Mical Perine with 8:28 remaining in the second quarter gave the Jets a 10-0 lead, the Jets offense disappeared.

Gang Green recorded 25 total yards on 22 plays covering their final six possessions. If the Jets lose at Kansas City Sunday, they will match the 1996 team for the worst start in franchise history.

In the Lions 23-22 victory over the Falcons, Matthew Stafford posted his 28th fourth-quarter comeback and 34th game-winning drive since 2011, the most in the NFL. The former Georgia alum threw for a season-high 340 yards, with 75 coming on their game-winning drive.

Despite his success, Stafford’s 42,605 career passing yards are the most for a QB never to win a postseason game.

In a battle of unbeaten teams, the Steelers bested the Tennessee Titans, 27-24, as Stephen Gostkowski missed a 45-yard FG as time expired. Trailing 27-7, the Titans rallied but lost for the first time in 2020. The Steelers never lost a game in which they led by 20 or more points (212-0-1). The Raiders and Jaguars are the only other NFL franchises never to lose when leading by 20 or more points.