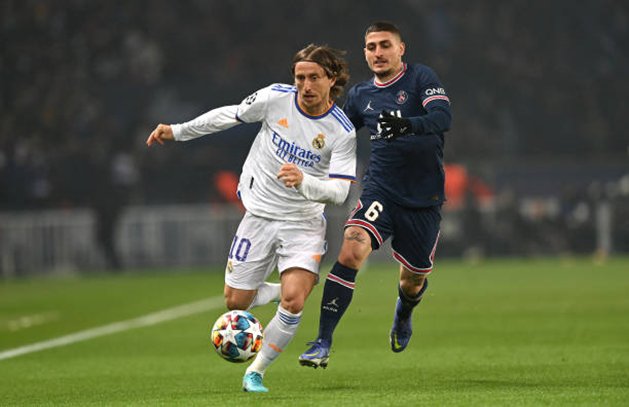 (Getty Images)
What a game that was in the Santiago Bernabeu in Spain, as Paris Saint-Germain crumbled once again, this time to Real Madrid. In the first leg, PSG had total control with Marco Verratti running the show from midfield, making it hard for Real’s attackers to influence the game, eventually conceding the only goal from Paris’ French forward Kylian Mbappe. “Los Blancos” as they are commonly known in Spain were up against it again when Mbappe scored again to give PSG a 2-0 lead in the tie and 1-0 for the night.

In the 2nd half, Madrid became a different animal. Key substitutions by coach Carlo Ancelotti which included Eduardo Camavinga replacing an ineffective Toni Kroos were the ones that opened the game. Getting Camavinga onto the pitch and reducing the effect Verratti was having, gave Luka Modric a more free role to take control of the game. People talk about age and an evident decline by some players, but bossing a midfield at 37 YEARS-OLD is another level. 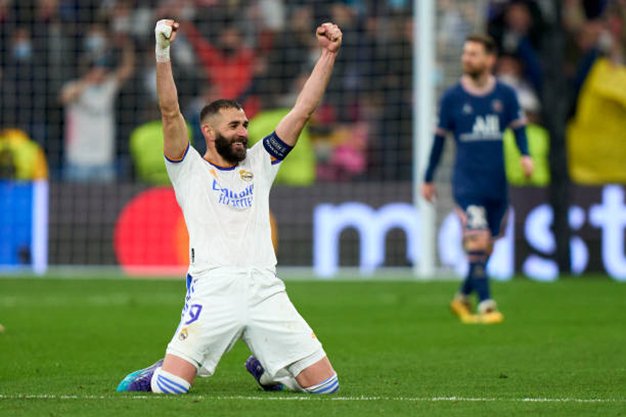 (Getty Images)
It is very easy to control a game from midfield and not reap the rewards of that work, which was witnessed in the 2021 UEFA Champions League final between Manchester City and Chelsea when City controlled the game but Chelsea got the all-important goal. For Madrid, when you have the greatest all-around number nine in world football, all you need to do is provide a sniff.

Karim Benzema, the French marksman, tormented the French club’s defense and in particular the goalkeeper when Benzema force him into an ill-advised pass, which was recovered by Vinicius Junior, and the Brazilian winger calmly teed up Benzema for the equalizer. Within minutes it was two when Modric took on the entire PSG team to release Vinicius down the left. 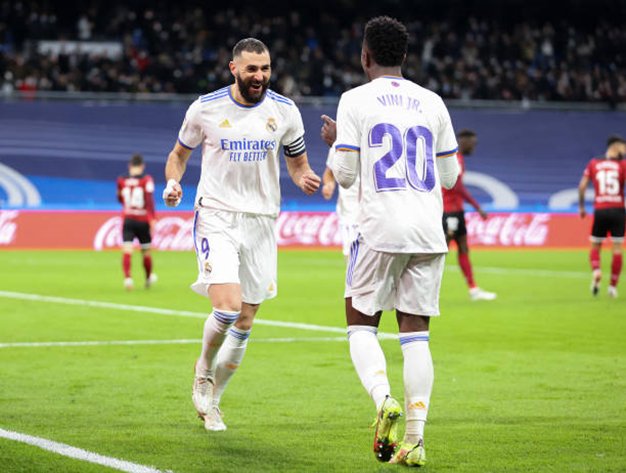 (Getty Images)
After some diligent holdup play by the Brazilian, who returned the ball to Luka who threaded an audacious pass for Karim’s second. Just 12 seconds later Madrid went into euphoria when Benzema completed his hat-trick and the comeback for the thirteen-time European champions.

What does this mean for Real’s hopes in the UCL? They seem like a team that does not know when they are beaten and this will carry them very far. Behind the likes of Bayern Munich, Manchester City, and defending champions Chelsea, Real Madrid could make 2022 the year for number fourteen, extending their European dominance.