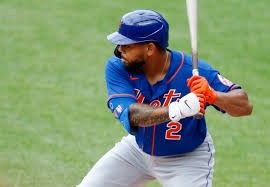 The 2021 season is upon us and it is an exciting time to be a fan of the New York Mets. New owner Steve Cohen and his staff have greatly improved the roster in just one offseason. I could name a long list of new faces, but I will just say Francisco Lindor and you can go from there. But it is important to remember the pieces the Mets already had in place before Cohen took over. One of those valuable pieces to the puzzle is Dominic Smith, who needs to see his name in the lineup card every day this season.

Smith was a shining star for the Mets in their abbreviated season, slashing .316 in 50 games with 10 home runs and 42 RBI. More impressively, Smith batted .333 with runners in scoring position which put a band-aid on the Mets’ struggles with ducks on the pond. Had there been a 2020 All-Star Game, Smith surely would have received plenty of votes to play at Dodger Stadium in mid-July. The 2013 11th overall pick hit his stride, and a lot of baseballs, in 2020.

Joining Smith and the Mets’ lineup in 2021 will be Lindor, who gives the lineup a whole new look in the middle of the order. With the likes of Lindor, Michael Conforto, Jeff McNeil, and Pete Alonso around him, Smith has the opportunity to be a part of quite a Mets lineup, possibly the team’s best since the 97-win Mets in 2006. PECOTA projects this season’s Amazins in that same ballpark with 95.5 wins and a first-place finish to boot.

The only thing potentially holding back Smith’s playing time? His defense. 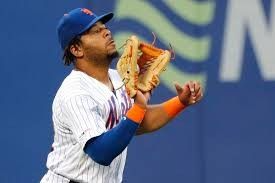 Primarily a first baseman, Smith is not the most mobile of Mets. Of course, you cannot bench Alonso for Smith to play first base every day, so this is where improvising has and will come into play. Mets fans have seen Smith in the outfield with some good and some bad moments, but Smith has seen improvement and increased playing time in left field by the year. 2019 saw Smith make three errors in the outfield in 33 games. Fast forward to 2020 in Smith’s 50 total games, he played 23 of them in left field, and made not a single error.

The other positive? Smith has Luis Rojas back as manager which is more important than it may appear. Before being named Mets manager, Rojas managed Smith in multiple minor league affiliates. To help Smith lose weight, Rojas had an intern film Smith walking around the dugout and field. The future Mets star was embarrassed by what was on tape and the rest is history.

Along with Smith, Rojas worked his way up the organization, becoming the team’s quality control coach in 2019. If I recall correctly, that was the same year we saw the emergence of a certain Mets rookie who rightfully commandeered the first base job. Thus, Smith was sent to the outfield under the astute mentorship of Rojas. 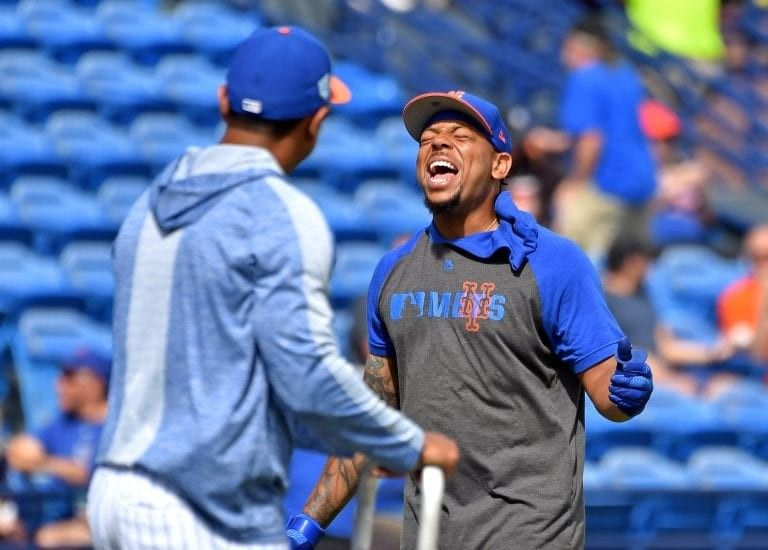 Entering his fifth season in the big leagues, Smith is now a young leader on this revamped Mets roster. Think back to last season for a second. When the Mets needed a big hit, Smith was one Met you wanted to see in the batter’s box. Eight of Smith’s 42 RBI last season came with two outs. That is 19% of his season’s RBI and that is the type of production the Mets need in their lineup daily.

Perhaps the biggest key of all for Smith is to keep the ball off the ground. Although he only hit at a .127 clip on ground balls, Smith smashed .743 on line drives and .548 on fly balls last season. As baseball continues to become more and more centered around home run or bust, the 29 other teams would be in a tizzy to have Smith’s bat in their lineup. The Mets, who are only paying Smith $2.55M in 2021, should be licking their chops to get him in the everyday lineup.

Spring Training has begun, and a lot of noise out of Mets camp is about the new ownership and possible extensions for upcoming free agents Michael Conforto and Francisco Lindor. Let’s put that aside for a moment and appreciate Dominic Smith. A home-grown talent who has the bat and the heart it takes to win in the big leagues. Fans should be excited to see Dominic Smith in 2021, even if Citi Field is at limited capacity. Because let’s remember, the last time fans were at Citi Field, Dominic Smith delivered a magical moment.