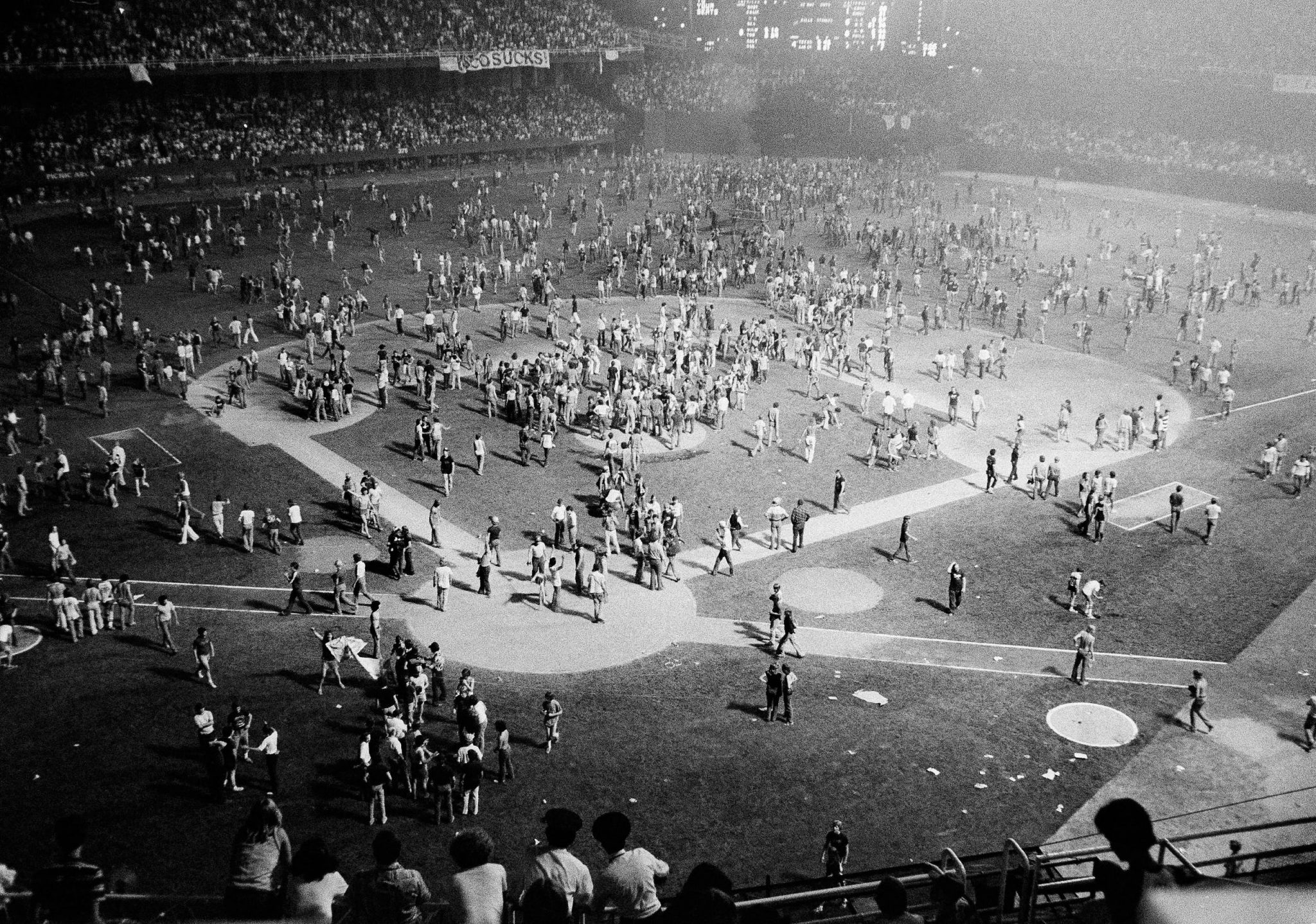 When baseball fans think of game day promotions, free shirts and bobbleheads are probably the first items to come to mind. Neither of those were given out at Comiskey Park on July 12, 1979 as the White Sox were set to host the Tigers for a doubleheader. This time, the fans brought the promotional item. Disco records.
The promotion was to allow fans to come to the games for 98 cents per person if they brought an old disco record. Why would you need old disco records at a baseball game? To blow them up of course. Between games of the doubleheader, a box with the disco records would be blown up in Comiskey’s outfield.
Local disk jockey Steve Dahl, who was running the promotion, expected at most 5,000 people. Instead, the White Sox saw one of their largest crowds ever, with a reported attendance of 47,795. White Sox’s owner Bill Veeck estimated there were actually anywhere between 50,000 and 55,000 people in the ballpark. Veeck’s estimate accounted for people who got in by leaping over the turnstiles and sneaking through the portholes by left field.
Not all the disco records were even collected. Before the first game started, fans were using their disco records as frisbees flinging them all over the place. White Sox outfielder Rusty Torres was nearly hit in the head by a flying disco record.
After Detroit won the first game, the stage for demolition was set. The box of disco records was brought to the outfield and demolished. That was supposed to be the end of it. Little did the White Sox know this was the beginning of a disastrous evening.

As White Sox starting pitcher Ken Kravec was warming up for the second game, fans stormed the field in an uncontrollable mob. Fans ripped the field apart, set it afire, dug up home plate, destroyed the batting cage, and even slid down the foul poles to join the circus. Some fans even appeared to be playing simulated baseball games on the field.
Veeck along with White Sox broadcasters Harry Caray and Jimmy Piersall attempted to tame the crazed crowd, urging them to get back in their seats. Their efforts, which included a rendition of “Take Me Out to the Ball Game,” were all for naught. The frenzied crowd kept going bananas on Comiskey’s field.

After 40 minutes, police charged the field on horseback, scaring fans away. Dahl’s idea had destroyed disco and Comiskey’s field. Grounds crew workers attempted to repair the ravaged field to no avail. The field was deemed unplayable, forcing the White Sox to forfeit the second game of the doubleheader.
What did the White Sox learn from this? That blowing up disco records may not be the best way to attract fans to the ballpark. Maybe try blowing up opposing pitchers’ ERAs instead.