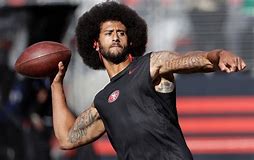 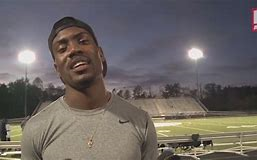 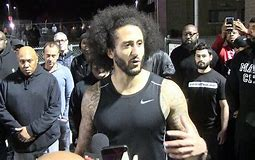 The NFL, although has yet to admit it publicly, has colluded against him and intentionally misinformed everyone of his reason for peacefully protesting.

Kaepernick kneeled at the start of games during the National Anthem in order to bring awareness of police brutality against members of the African-American community, not because he was being unpatriotic.

The NFL had been previously investigated by the United State government and was found guilty of requesting payments in order to hold armed forces and first responders events during games, the investigation is named Paid-Patriotism.

Even one of their very own sponsors -NIKE, sided with Colin Kaepernick and publicly acknowledged that he was the victim of collusion, and character assassination.

You can essentially say that, there is zero trust between both parties.

That’s why the sudden and spontaneous offer to hold a private workout for Colin Kaepernick after three years did not – frankly!, sounded on the “Up And UP” from the start.

No media member was being granted credentials to the private workout by the NFL, Kaepernick would have to sign a waiver accepting all their terms and the NFL was in charge of controlling all narratives, being photos, video and written scouting reports to be use.

Everyone knew from the very start, that both parties involved were going to try to get the better of each other, only question was how would the finals details run.

I must admit that I did not see this one coming.

As the first signs of trouble appeared, Stephen A. Smith from ESPN-First Take, uploaded a video statement which went viral within minutes speaking on behalf of the NFL and accusing Colin Kaepernick of being maliciously misleading, essentially being a hired Mouth Piece for the league.

Out his numerous rants, this was by far Stephen A. Smith most tasteless because he’s in entitle to his opinion of course, but ignoring the obvious NFL’s attempts to have complete control of all the narratives and not siding with the media community – which he’s member of!, not only being intentionally “Kept Out The Loop” in a censorship matter, well the whole thing reeked of “Selling Out”.

“Stephen A. Smith Tap dancing for the NFL like ⬇️. Damn straight Colin wants to control the narrative! He supposed to trust the organization that blackballed him and has done absolutely nothing in good faith??? Born on Tuesday, just not last Tuesday.”, Eric Reed.

The NFL’s plan was exposed from the beginning, except for the Stephen A. Smith factor, who was obviously commissioned to do their bidding, however in spite accusations and “Finger Pointing” from all sides, it was not a total loss.

It was great news to hear that one of the wide receivers from the workout, Jordan Veasy was signed to the Washington Redskin’s practice squad.

Congratulations are in order for Jordan. 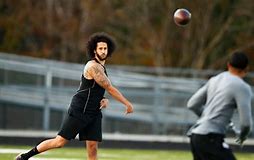