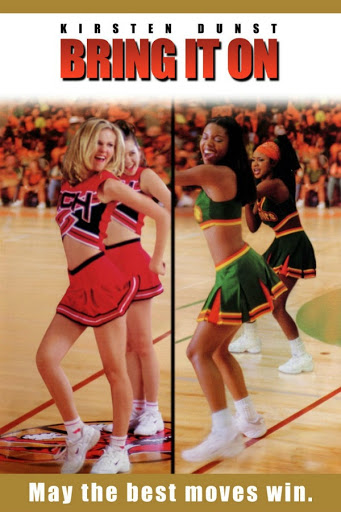 Imagine if you will, a past time, a yesteryear. A time before cell phones, before jumbotrons, before live broadcasts of sports. Or ask your parents to tell you about what was normal.

Sports were still fundamentally the same. Except there weren’t booming sound systems. Or scoreboards with visuals for replay. Or people shooting clothing at you from a hand cannon.

What DID sports have? Mascots. And cheerleaders.

One of these has stood the test of time. A good mascot is a fun addition to an environment. You’ be hard pressed to find a sports fan who doesn’t know the Chicken formerly known as San Diego, or the Philly Phanatic or Mr Met or the newest all star sports mascot, Gritty of the Filthadelphia Flyers. However, most mascots are not good at what they do. For instance, when the NHL has mascot day, you learn that most hockey mascots are milquetoast facsimiles of the team logo.  They are generally harmless, so no one cares. Except that Hot Dog Race in Milwaukee. That shit is dope.

The Islanders created a hybrid of mascot, cheerleader, and unionized employee with the introduction of the Ice Girls. These were attractive young women who could skate well enough to shovel ice shavings and dump them into a garbage can- NO, not MSG- while wearing flashy outfits to amp up the crowd. And the mascot angle? The Islanders gave the Ice Girls time to do ice dancing routines, which were actually impressive.

So what did the team do with these pioneers? Fired all of them. Cool.

What the Ice Girls did was unique. Entertainers and safety workers. But what if they were only entertainers? Then they’d just be cheerleaders. And in the year 2020? Cheerleaders are fucking useless.

Why are cheerleaders still a thing anymore? This is a question that needs to be put on the table, because the concept of cheerleaders is horribly out of date, and on a professional level is both redundant and stupid.

Cheerleaders are from a time gone by when there were no arena TV’s, no sound systems for individual walk up songs, no replays of every play no matter how mundane, and no in game trivia contest where all you need to win is know who the fuck the home team is playing.

Cheerleaders purpose is to rev up a crowd to cheer. And thanks to modern technology, you know, like a camera? Cheerleaders are as obsolete as the era that they came from.

So lets discuss that era of cheerleading. Think back to an era…say 1950’s. There were plenty of male sports in schools. Baseball, basketball, football, shoot the minority…. good old fashioned fun from when America was great.

But what did girls do? They waited for a guy to get a car so they could ride in an Edsel and keep their morality by giving a hand job after a 25 cent movie and a milk shake that for some reason was made in a pharmacy. But sports?

Girls generally didn’t have sports programs. And schools? They didn’t have to provide girls sports. Title IX (9 for idiots) was the law that forced schools to give girls equal opportunities to men in academic and athletic programs. 1972 wasn’t even 50 years ago. Your grandma probably could fuck someone up but wasn’t allowed to shoot the hoop. Or take an AP class. Way to wind a pendulum to one end, assholes.

So what did girls do before Title IX? They put on short skirts, cheered for the alpha males, and bred with them after the game. Because what were athletic women to do to meet guys with similar interests?

Yes, I did see “A League of Their Own.” Love the movie. But the women’s pro baseball league needed a fucking world war to make it reality, went from 10 teams to six in a 4 year span, and died as a five team league without a central organization in 1954. Also, the players made about $1200 a week in todays money. Imagine a male pro playing for $1200 a week today?

So, these cheerleaders today? You gotta go. Why?

First off, those in house cameras and giant displays plus sound systems replaced you. Fans prefer to see their own faces while dancing like idiots on a massive screen instead of seeing a cheerleader with stupid pom poms shaking her bony over-choreographed ass from an upper bowl seat where you can’t even tell what the fuck is going on. From the upper deck in any sports arena, you have no idea what bathroom the cheerleader uses. #Trannystyle. Conversely, I will leave an upper decker in any sports arena.

With the inclusion of women in sports from young ages, sports have wholeheartedly embraced female fans. Look at any sports team’s website- they sell shit that no man would buy- team scented candles?? Sports purses? Eat balls. But they’re sold for a specific audience.

Plus, at every sporting event I’ve ever gone to, there are prettier girls in the crowd with way more enthusiasm for the home team than the ones getting paid to smile and dance around while they pretend that they give a shit. Here’s a truth- they don’t.

But there’s a lot more than a hardly visible side show that teams hope sell calendars.

Cheerleaders are paid like Wal-Mart cashiers.  And they have contractual demands that are fucked up, like to not eat. I get that women willfully enter these contracts because it gives them access to meet millionaires, which we all know meeting and getting filled with any rich male’s splooge is most girls dreams, but most teams prevent mingling because of the potential for lawsuits. I heard rumors that sometimes these cheerleaders even take pleasure wife contracts from wealthy foreigners, where they sell their ass into 365 loose shits a year instead of cheering for shitty NFL teams, but oddly those articles from major magazines were removed from the internet. I wonder why?

Let’s be practical. Why not have professional strippers shake their implanted tits and implanted asses for a slack jawed crowd that will crank one out after the game? Is there any difference in intent?

Then there are the geographical differences in cheerleader quality. Who wants to see girls freeze their tits off in Buffalo? Plus, a Buffalo 10 is a Los Angeles 4. Too much Beef on Weck hurts the thighs and gunt.

Also, cheerleading by itself is not a sport. It’s choreographed dance and gymnastics. It’s an activity, no doubt, and as athletic as exercise. But if it’s a sport, let me ask you this- how do you play defense against a cheer? Exactly. Fuck your public aerobics.

And I don’t need some oddly dressed employee to tell me how to root for my team. Do you know how I root for my team? By researching their opponents to see if anyone has a drug problem or a domestic violence case or was molested by a coach or fucked his wife’s sister or lied to a fanbase about not being a cuckold for his ugly wife (all of these are things athletes have actually done) and then I spend all game loudly reminding them at how garbage they are as a human being. Got a cheer for that, sugar? “Rah rah rah, you got AIDS!” That’s a cheer I would love.

What should team owners think about cheerleaders? One word- LAWSUIT. If I were a team owner, I would not want the headaches of lawsuits based on men doing stupid shit based on temptation, or rejection, or inconsideration, or hormones. Shit like a Hall of Fame quarterback sending a picture of his dick to a team public relations agent. If he was smart he would have sent a picture of his portfolio and said “Ever seen one this big?” Would have worked a lot better, guaranteed.

Also, as an owner? I would not want the headaches of lawsuits based on women imagining stupid shit based on jealousy or temptation or rejection or hormones. HE’S SO SEXIST! HE’S NOT WOKE! Fuck off. Until there’s a DNA test that proves that women are incapable of lying to punish men-  especially when self interest is involved?-  bag it. As it is, the entire me too movement is questionable. They didn’t call out an actress that molested a young boy because she was a founding mother. And never forget, this is a gender that will sell out their own sons- and daughters-  to punish the father who dumps them for their psychoses making the husbands life unbearable. Never expect stability from that kind of attention seeker. There’s even a phrase for an entire gender that works really well- Trap Ass Ho.

Lastly, as an owner, don’t sell your cheerleaders asses.

Getting rid of cheerleaders really isn’t much of an issue. Does baseball have cheerleaders? Or hockey? No. And basketball? Sort of. Basketball has dancers, and they’re also useless.  So it’s not like there would be vast joblessness.

We’re really aiming at one stupid sport. And a sport that’s so turtlesque that it needs every distraction it can get. So bring in the highlight videos! Let’s see those same old highlights over and over again! See ya, football cheerleaders!

Let me let you in on another reason to get rid of cheerleaders. It’s their deep, dark secret. Some people are afraid to say this, but I will call a spade a spade. Cheerleading teams are sexists. How many male cheerleaders do you see in pro sports? How many women lobby for men to be included on pro teams? Zero. Why? Because they’re fucking sexists. Women watch sports. Do you think they don’t want to see a pair of big hairy dangling delicious balls drop out of the goofy shorts of some Tony Robbins looking motherfucker? Nonsense. This is a choice that female cheerleaders make. Cheerleaders are sexist, and cheerleading is a sexist profession.