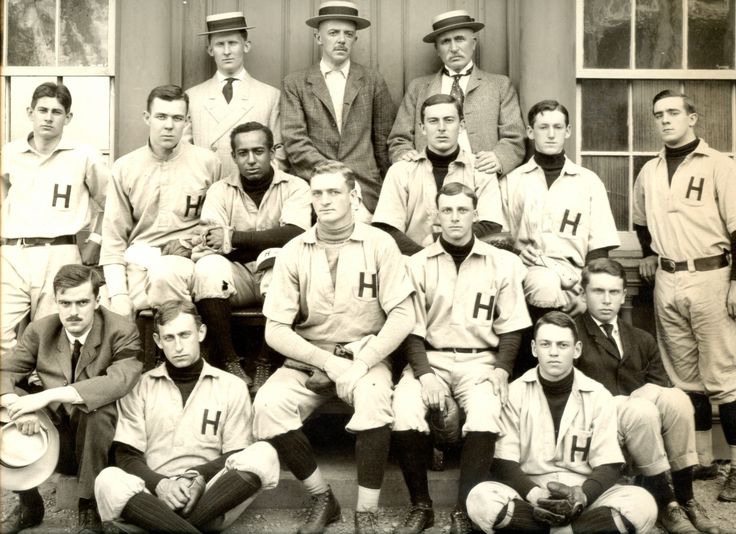 While baseball fans prepare to celebrate the 74th anniversary of Jackie Robinson breaking MLB’s color barrier on April 15, 1947, few people know of another rumored to beat Robinson to it 42 years earlier.

Almost 90 years before Martin Luther King Jr. made his five-day, 54-mile trek from Selma to Montgomery, William Clarence Matthews made his.

Born in Selma on January 7, 1877, Matthews lived with his two siblings, Fannie, the oldest, and Walter (or Buddy), the second oldest. His father died in the 1890s, and his family moved to Montgomery, Alabama.

Where did this rumor start?

In his seminal “Only the Ball was White” in 1970 on the Negro Leagues, Robert Peterson described Matthews as a great college player at Harvard in the first decade of the century and cites his rumored entry into the National League.

Most thought that manager was Giants legendary manager John McGraw, an enormous believer in the talent residing in anyone who could help his team win. McGraw, in 1901, tried to sneak Charlie Grant, second baseman of the Columbia Giants of Chicago, a black team, onto his roster as Tokohama, a full-blooded Cherokee Indian. McGraw also employed two black stars, Rube Foster and Jose Mendez, to coach his pitchers.

Article in “The Boston Traveller“

On July 15, 1905, local paper “The Boston Traveller” (some sources reference the spelling with one L and others with two) – one of nine local Boston papers and known to stretch the truth sometimes for sales said this.

“It is very probable that [Matthews] will become a member of the Boston Nationals very soon.

It has been hinted at for the past few days. Now it is rumored that it will transpire.

A person ‘on the inside,’ one who generally knows whereof he speaks, has this to say: ‘Captain Tenney has long been hunting for a lively second baseman to strengthen his infield. On hearing of Matthews’ remarkable ability, and after following the career of the young negro collegian-professional while at Harvard and Burlington, (he) decided that William C. was just the laddy buck he needed.’

The source “on the inside” then offers a rationale for Matthews’ acceptance where others would fail:

“As Matthews is a Harvard man, he should prove a great attraction… Matthews is a well-educated, gentlemanly fellow, as well as a clever ballplayer.

If Harvard men do not object to associating with and idolizing the negro, certainly none of the National IJeague players will object to breaking bread with him.”

The article refers to player/manager of the Boston Beaneaters (became the Boston/Milwaukee/Atlanta Braves) Fred Tenney (fellow Ivy Leaguer from Brown and off-season teacher at Tufts University).

Boston was awful – middle infielders Ed Abbaticchio and Fred Raymer had combined to commit 80 errors by mid-July on a team that finished 51-103. Would Boston’s futility open the door for talented players like Matthews?

He enrolled at the Tuskegee Institute from 1893 until 1897, where he graduated second in his class Tuskegee (was first football coach). Booker T Washington arranged for him to continue his study in the north, first at the Phillips Andover Academy, where he was the only African-American in his class of 97 students. Then, in the fall of 1901, at Harvard University.

One of the foremost football minds of any generation, William Henry Lewis earned All-American honors at Harvard (the first African-American to do so), then coached the Crimson from 1895-1906. Harvard won over 85 percent of their games under Lewis (114-15-5).

Standing at 5’8″ 145 pounds, Matthews gained popularity with his classmates after arriving on campus in the fall of 1901. Under Coach Lewis’ guidance, his “wonderful quickness and pertinacity” helped him succeed playing QB.

Baseball Career and Racism from Opponents

During his Freshman season, Matthew’s hitting coach was Wee Willie Keeler, while Cy Young coached the pitchers (both HOF).

While Harvard initially sat Matthews when opponents like the University of Virginia refused to play if he was in the lineup, they eventually stood behind him. Georgetown and West Point considered forfeiting but relented after Harvard declined to accommodate their threats.

He led the team in hitting his final three years (he hit .400 and stole 25 bases during his senior year). During his four years at Harvard, the Crimson won 81 percent of their games (76-18).

On July 4, 1905, Matthews became the starting second baseman for the Burlington, Vermont team in the Northern League. Matthews became the only African-American playing in white professional baseball leagues at the time. He got three hits in his first game and fielded excellently. He played well for the whole season, with the Burlington team taking second place and narrowly missing first place.

Matthews was one of only four players who played the entire season for Burlington. 1905 was his only year in professional baseball as he entered Boston University School of Law to work on his law degree in Fall 1905.

Obituaries for Matthews ran in most of the major newspapers in the country. The New York Times called him “one of the most prominent Negro members of the bar in America.”

Over 1,500 people attended his funeral in Boston, with William Henry Lewis serving as an honorary pallbearer.

He’s buried in the Cambridge Cemetery in Cambridge, Massachusetts.

We have to look at this in the context of history; America during that period was under the separate but equal doctrine, upheld by the 1896 Supreme Court decision [in Plessy v. Ferguson, which allowed state-sponsored segregation]. The most visible Black athletes at that time were jockeys. The Black athlete was not acceptable in mainstream society and especially not in the most popular sport in America. That tells me that William Clarence Matthews must have been one hell of a shortstop.”

“For seven years, Matthews could have earned much money by playing for semi-professional teams, but this he has refused to do … Here is a man who, to maintain his amateur standing, has repeatedly refused offers of $40 a week and board to play semi-pro baseball in the summer. He had the example of many contemporaneous college ballplayers who were accepting ‘indirect’ compensation in an underhanded way, but he has kept his record clean, and his, it is sad to say, is an exceptional case.”

“I think it is an outrage that colored men are discriminated against in the big leagues. What a shame it is that black men are barred forever from participating in the national game. I should think that Americans should rise up in revolt against such a condition. Many negroes are brilliant players and should not be shut out because their skin is black. As a Harvard man, I shall devote my life to bettering the condition of the black man, and especially to secure his admittance into organized baseball”.