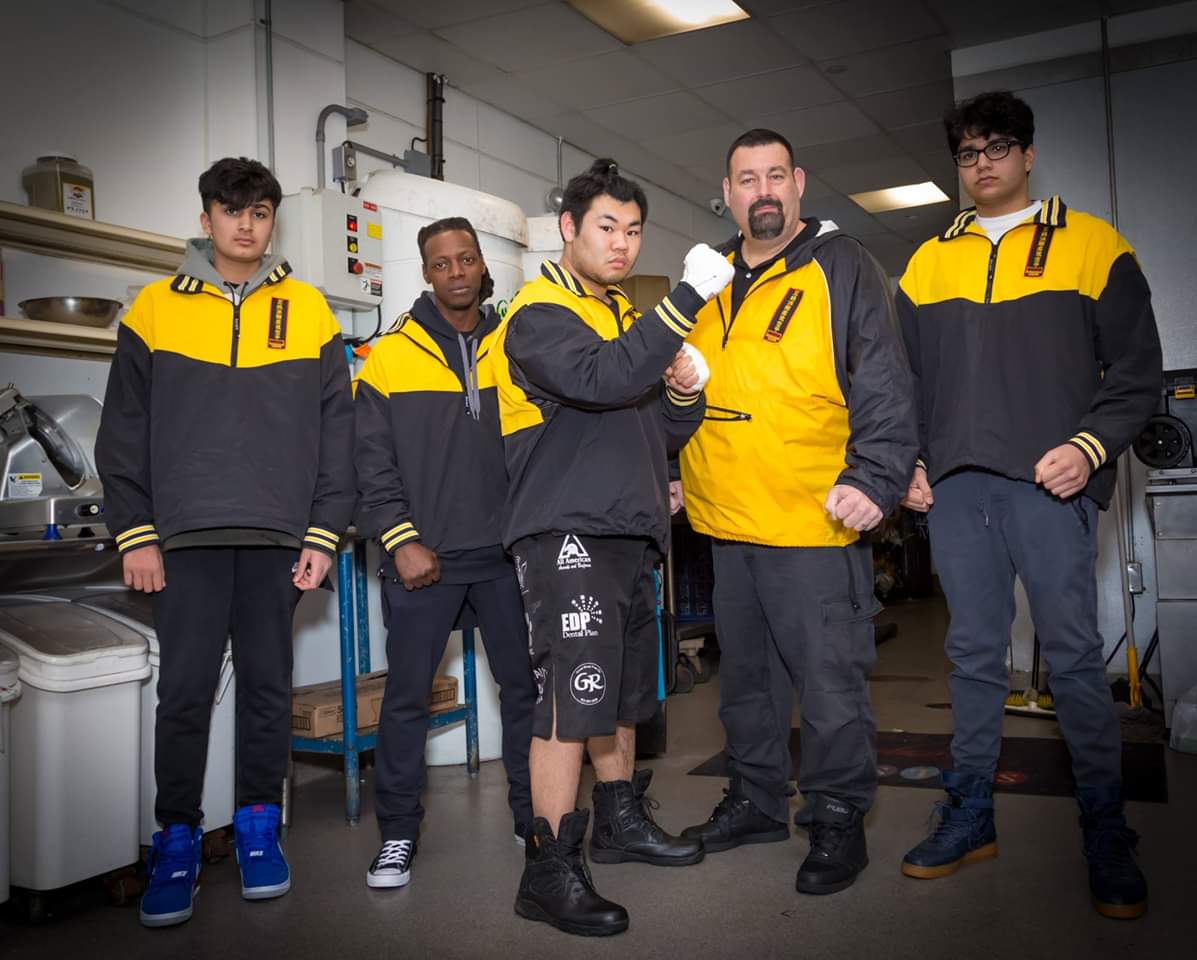 On Feb 24th seventeen year old Ryuki Kitazono was scheduled to fight in his first kickboxing fight of his amateur career at the Con Fuego restaurant in the heart of the Bronx in New York.  When one of my partners and I, Rodney Harris from the show Cage Den Mma, walked into this venue we were absolutely amazed at how beautiful the establishment really was. We were welcomed in with open arms and were brought downstairs to meet and interview some of the fighters on the card of BX Cage Fights.

We had the opportunity to meet the talented six foot three two hundred and nine pound fighter Jonathan Garcia that Ryuki was fighting on the card that night as well. Johnathan Garcia was a tall confident young man but that didn’t intimidate Ryuki one bit that night.  Sensei John Benedict, Ryuki’s coach, was very confident that he trained hard and was prepared to show everyone at this event that he was ready to go up against a bigger, older and more experienced fighter.

Ryuki’s family and friends all came to watch the first fight of his young career and were also very excited to see him finally stake his claim as a MMA fighter. The card was an excellent one; all of the fights were fantastic from top to bottom. I had looked forward to watching the young seventeen year old step into the cage for the first time of his amateur career, which was a true David vs Goliath type of fight.

Before the fight began, I couldn’t help but notice how much taller Garcia was to Kitazono. Ryuki fought an unbelievable fight, taking the fight to Garcia the whole way through and even knocking him down a few times as well. In the end Ryuki lost the fight by one point but on my card I believe the fight was a lot closer.

Sensei Hector put on a great event for BX Cage Fights and I’m looking forward to attending the next event he will be hosting- hopefully some time in the near future. As far as Ryuki’s fighting career, it’s just the beginning for this future rising star in the MMA ranks. If you want to see his next fight get your tickets for March 10thfor Jackhammer Promotions at Mulcahy’s in Wantagh, New York.