BRING FORTH THE BROOM 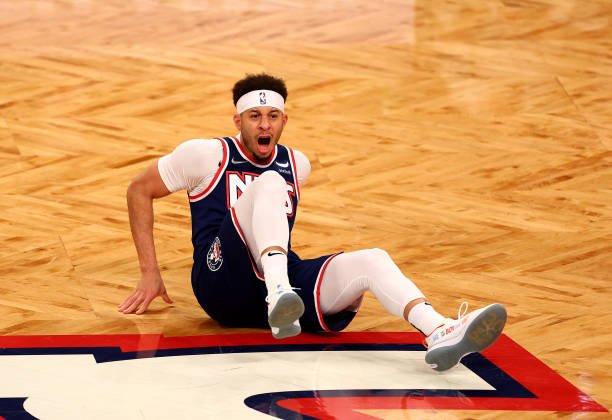 (Getty Images: Seth Curry)
Who in their right mind did not see this coming? The Brooklyn Nets are the MOST OVERRATED team in NBA history without a shadow of a doubt. As I have always said, the Nets are not a team, they are two decent players with G-league level players sharing a court.

Kevin Durant made his shots tonight I won’t lie, but he proved he does not have the clutch gene. Missing a key free throw to bring the game within 2 points, which led to Al Horford’s putback, put him in a worse light than I thought. KD’s fanboys making noise after he hit a running shot over Marcus Smart, they were all over Twitter. I have to laugh. Vegas had the Nets as the favorites for the chip this year. Whoever decides those stats for the gambling market should resign immediately.

After beating an inexperienced Cavs team in the play-in tournament, mouths were running in the city of Brooklyn. BRUCE BROWN! This man ran his mouth and have to give him respect, if he did not put up 26 points in game 3 then it would’ve been ugly. However, making a staggering 2 points in the entire win-or-go-home scenario means you need to be traded to a team with no belief or future; Detroit or something like that.

Even though the Nets got swept, there was a record in their favor. Nic Claxton broke Shaquille O’Neal’s playoff record for most consecutive misses from the free-throw line. Shaq was 0-8 from the line in 2006, while Claxton went 0-10, until going 1-11 on the night. 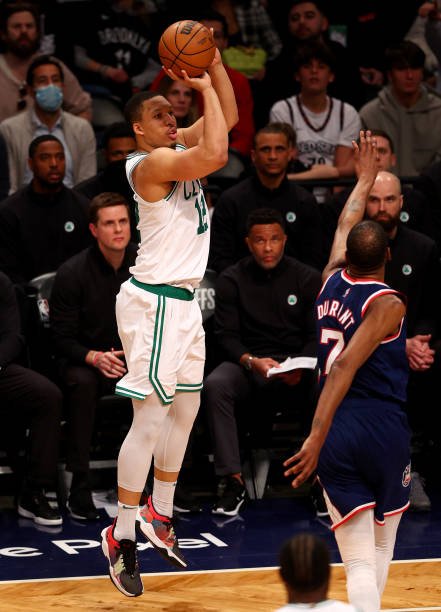 (Getty Images)
Boston won not just because of the brilliance of Jayson Tatum, the physicality of Jaylen Brown, or the Gary Payton regen in Marcus Smart, but for squad rules. Grant Williams, Payton Pritchard, and the returning Robert Williams III gave Boston that W.

Grant went off for 14 points including 3 three-point daggers. Payton Pritchard gave crucial minutes in game 2 for that clincher, and the Time Lord’s presence was evident, albeit in his limited game time.

Brooklyn messed up the trade earlier in the season when they traded for BUM Ben Simmons paying him $20 million to sit on the bench and cry for every pinch in his back. For someone who has crucial back injuries myself, I get up and ball on the street which is way rougher than this soft league nowadays, but he’s all about his money. A pay-to-play format in upcoming contracts could be implemented in the future all because of Simmons.

The Nets have a long offseason ahead including what to do with their coach, Kyrie Irving’s contract situation, and what to do with players like Dragic, Claxton, Brown, and Andre Drummond who played a total of FOUR MINUTES as a starter.

Don’t even get me started on KD and Kyrie. Without LeBron James and Steph Curry those two would be ringless; FACT! They are not Jordans or Kobes or Birds, they are more of Pippens and Kidds of the world. Their 2nd string and not the main men. Never have, never will be.

Again, who saw this coming for the Nets, apart from me obviously who thought they wouldn’t even make the play-in tournament. The Nets got the broom out and did not know they were cleaning their own mess.