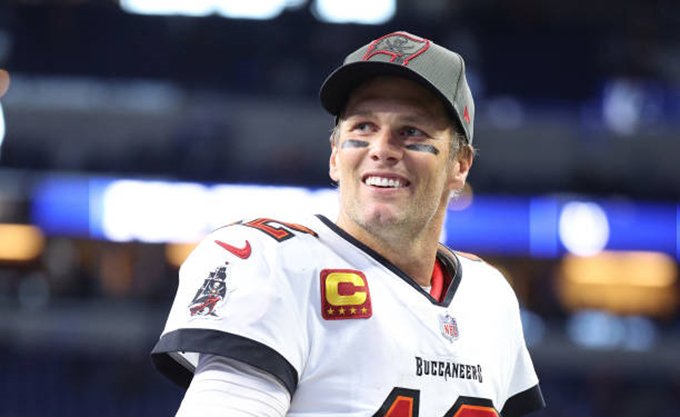 (Getty Images)
After a long 40 days, Tom Brady is BACK! The 45-year-old made this decision on his Twitter page at around 6 pm Sunday. In the statement, he said he has “unfinished business” which we all saw in the past season. The loss to the eventual Super Bowl champions L.A Rams was entertaining, but could not be the way to end your career. Brady is returning for his 23rd season and possibly a 9th Super Bowl title.

On Saturday, March 12, 2022, TB12 was in the stands at Old Trafford, Manchester to watch Manchester United play Tottenham. United who is also owned by Tampa Bay Buccaneers’ owners the Glazer family, invited Brady to watch the huge encounter. He was in for a classic as Cristiano Ronaldo scored a hat-trick and become FIFA’s highest recognized goal scorer in history, scoring numbers 805, 806, and 807. 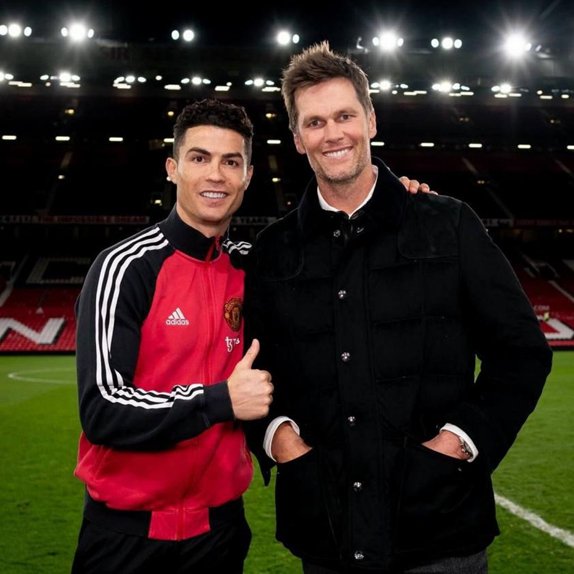 (Twitter via Cristiano Ronaldo)
Watching that performance, Brady must have said “man he is running it 37, and I was on top at 45. I miss that winning feeling, the excitement.” After the game, he met with the United squad and even got Ronaldo’s matchday jersey for his son, Benny. During that exchange, Cristiano asked him “You finished right?” and Brady couldn’t respond, looking very uncomfortable. Maybe that was the sign that he was never really retired. All we can say is welcome back TB12 and thanks to Cristiano Ronaldo for the inspiration. What a way to begin free agency.