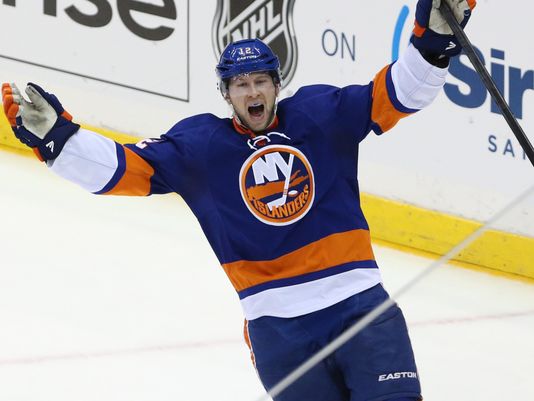 A Fans View of Josh Bailey

Guest Writers are always welcome at World Wide Sports Radio, provided that they’re somewhat articulate, knowledgeable on a topic, and have a point of view.

This guest writer is more than qualified in that regard. Matty Matty was half of the original writing pair of the @JoshBarely twitter account, with myself- Danny Radical- as the other half. We usually got together, watched a game, made funny comments, and wished someone would have written them down and published them. And then we did just that, first on Twitter, then to the defunct Hockey Independent website, with a very brief stay for Sports Illustrated that ultimately ended up at Sports on The Go One, the predecessor to World Wide Sports. You wouldn’t be reading any of the obnoxious, occasionally brilliant things I spew out without this gentleman right here, looking up stats and riffing about how horrible a player is in real time, making me laugh and pile on.

After this playoff run, Matt asked if he could offer something new, as thinking back to a decade ago all we watched was bad hockey, and he felt he has something to say about the Islanders first conference attempt since before the Internet became a thing. Without further ado…

Josh Bailey was drafted in 2008. Nik Filatov was the player that most of the fans had wanted because he seemed like a sniper of a wing, and he was surprisingly still available when the Islanders chose with their fifth overall pick. Filatov ended up being a bust: he may be the only top ten forward from round one that Josh Bailey has more career points then; relative to games played.

When Bailey was selected, my first thought was great, we have a second line center for the next 10-15 years. Cross that off the list. Now, go get him a wing or two and let him play. Never happened.

Though many apologists herald Bailey as a top line player, they also say he was rushed into the league. Up until his career year playing alongside he who shall not be mentioned, Josh had one of his most successful seasons just like every other winger who did the same has had.

He showed signs of creativity and a nose for offense. Exactly what you want in a second tier, supporting role. Then 2018 happened and he forgot how to play. Bailey enjoyed mild success and few injuries until he was cemented on the top line with pajama boy.  He had a very good year for Bailey standards, which up to that point was an average of 34 points a season. Based on one season he was signed to an extension.

After that outlying year, he was again cemented on the top line for five months and had a mediocre year, as did his linemates. He was “demoted” to second and third line duties and continued his same production.  If you take the time and sadly I have, go look at points and ice time for Josh Bailey.  If he plays 10 minutes a game for an entire season he will get 45-50 pts.  If he plays 13-15 minutes and ample PP time, he will get 45-50 pts.  If he plays with a future Hall of Famer he will get 70.  PA Parenteau and Matt Moulson also got 70 points. Where are they now?

The Islanders are not lacking in nice guys. They are lacking in skills like speed and shooting. These are two things Josh Bailey can’t contribute.  Now, if you want to tell me that Brock Nelson and Anders Lee should be moved and the Islanders should go in a direction where Bailey should cement the top 6, fine. If you want to tell me that Bailey will be the responsible veteran anchor for Wahlstrom or Bellows, fine. However, do not tell me he is elite.  A player who has never scored 20 goals is not elite.  He is an average player. He is what he is.

Maybe he can be more valuable in the right situation. Maybe that situation exists on 31 other, different teams.  Ask yourself this, if you went on a job interview and all the committee could say about you is that you are a nice person, you know that means? You have nothing to contribute that’s stands out above everyone else. Also, you didn’t get the job, because you wouldn’t get the job done.

I don’t hate Josh Bailey. Much like with music and the word genius, people over use and overrate things to a point that is sickening.  The same goes for all the haters.  He by no means sucks and is not useless.  In the proper role he has shown that can be quite useful.

That role is caddying for a star.

If you add up all Baileys good plays and then tally all his bad ones, they will probably be about the same. Why?  Because the truth is, at best, he is an average player.   The Islanders need help and it’s not going to come from giving Josh bailey more ice time, but it could come from moving on from him.