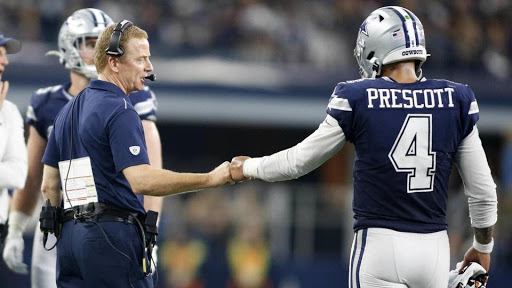 Is Dak on His Way Out of Big-D?

Who knows what to expect when it comes to the Dallas Cowboys anymore. They have been off and on Super Bowl contenders for the last few years yet no results, now in a sudden fit of rage good old Jerry Jones has cleared house this offseason, firing pretty much the whole coaching staff. Pair that with Jones’ outbursts to the media during the season about his frustrations with the team’s performance, along with his visual aggravation on camera every time another Cowboys loss became apparent to the disgruntled owner and it’s easy to see that he is not willing to tolerate losing anymore. It has been a long time, in fact it has been 24 years since Jerry has even been able to smell the Super Bowl from playing in the NFC Championship game. That’s a very long dry spell for a man with a strong desire to win and a strong desire for the spotlight. 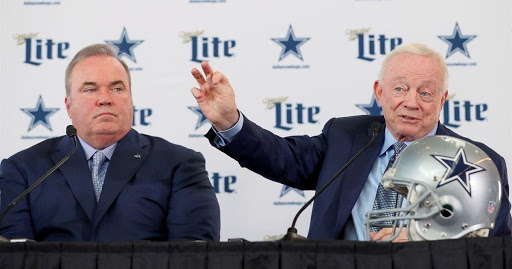 So now what does a man who desperately want to win again do, he takes his now barren coaching positions and fills them with winners, he puts Super Bowl winning coach Mike McCarthy at the Head Coach position. He sticks with his past Offensive Coordinator a guy who won more games than any other quarterback in college football history who also lead the Cowboys to have average the most yards per game in 2019. And he brings in a Defensive Coordinator who has been responsible for coaching multiple top 10 defenses in yards allowed. Then he takes his already talented rosters and bolsters the weak areas with big free agency names such as Gerald McCoy, Dontari Poe, and Ha Ha Clinton-Dix. Then just to make sure why not throw in a big time trade for an absolute star of a player, talks of Jamal Adams heading to the Cowboys have been circulating for awhile now and I would not be surprised to see Jerry add one more big name to that talented roster.
So obviously this all adds up to the fact that Jerry Jones and the Dallas Cowboys are gearing up to win now. So what does this mean for Dak? Usually Jerry Jones takes real good care of his star players, he almost treats them like children. You would think that would be the case for his new franchise quarterback however, if that’s the case then Dak Prescott must be the least favorite. It hasn’t seemed that Dak has gotten quite the attention from father Jones as previous players such as Tony Romo has. The relationship between Dak and Jones has always seemed more business like then friendly, Dak wasn’t even the Cowboys’ front office first or second choice for a quarterback in the 2016 NFL Draft as Jerry and his son Stephen tried to trade up twice to get other options in the draft but failed. 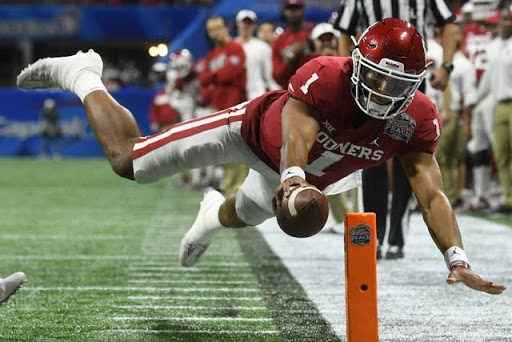 If Jerry was confident that Dak was the man to take the Cowboys to the Super Bowl that extension would be done already. However, that is not the case as Dak is still waiting to sign his franchise tag. This suggests there is doubt in Dak’s ability to take the Boys to the promised land. This doubt is clearly shown in the Dallas Cowboys interest in Oklahoma Sooners quarterback Jalen Hurts. Jerry has even gone as far as advertising a zoom interview with the Sooner quarterback on social media. Hurts is a player that could fall as far in the draft as Dallas’ third round selection but has the potential of a first round talent. It’s seemingly more and more likely that Dak is going to play his fifth year under the franchise tag while Jerry brings in a young man ready to take over should Dak fail to give Jerry his much wanted fourth ring.