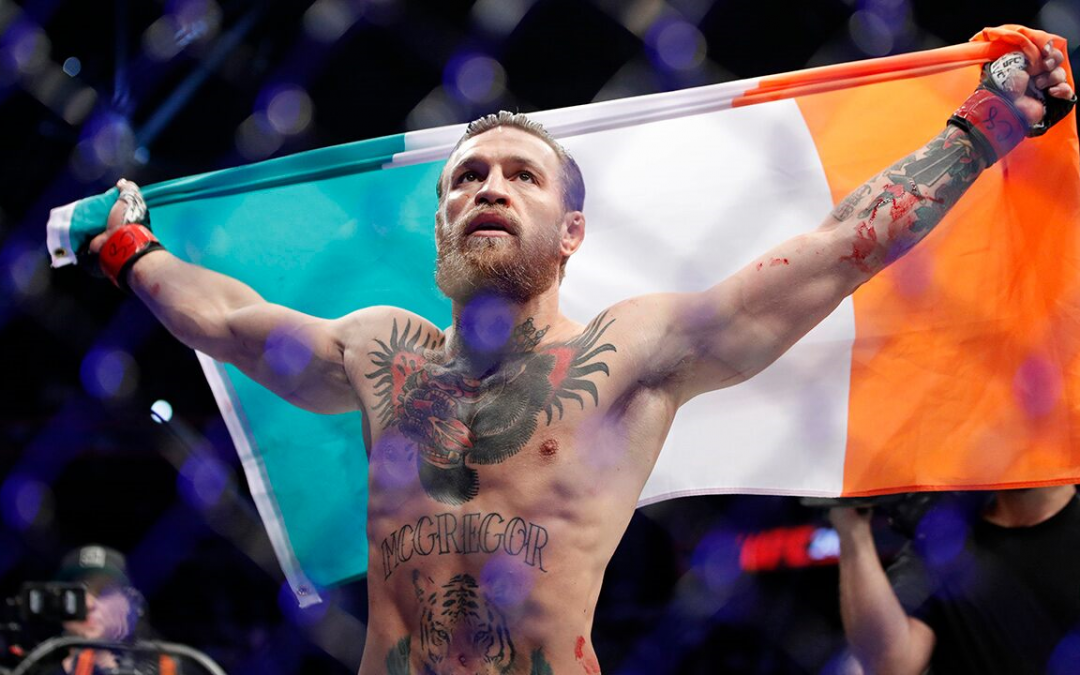 Connor McGregor is Not Retiring!

As we all know, the UFC living legend and main attraction, Connor McGregor has retired? Yes, apparently, he tweeted a statement on March 26th claiming he has decided to “retire from the sport formally known as Mixed Martial Arts today”. This came out of nowhere, but a man like Connor does not need to compete anymore due to his success in the UFC. McGregor is a rare athlete, who is bigger than the sport, which allows him to gain different streams of income through other businesses he is affiliated with or owns. As a fan of the man himself, I know for a FACT he is not retiring! 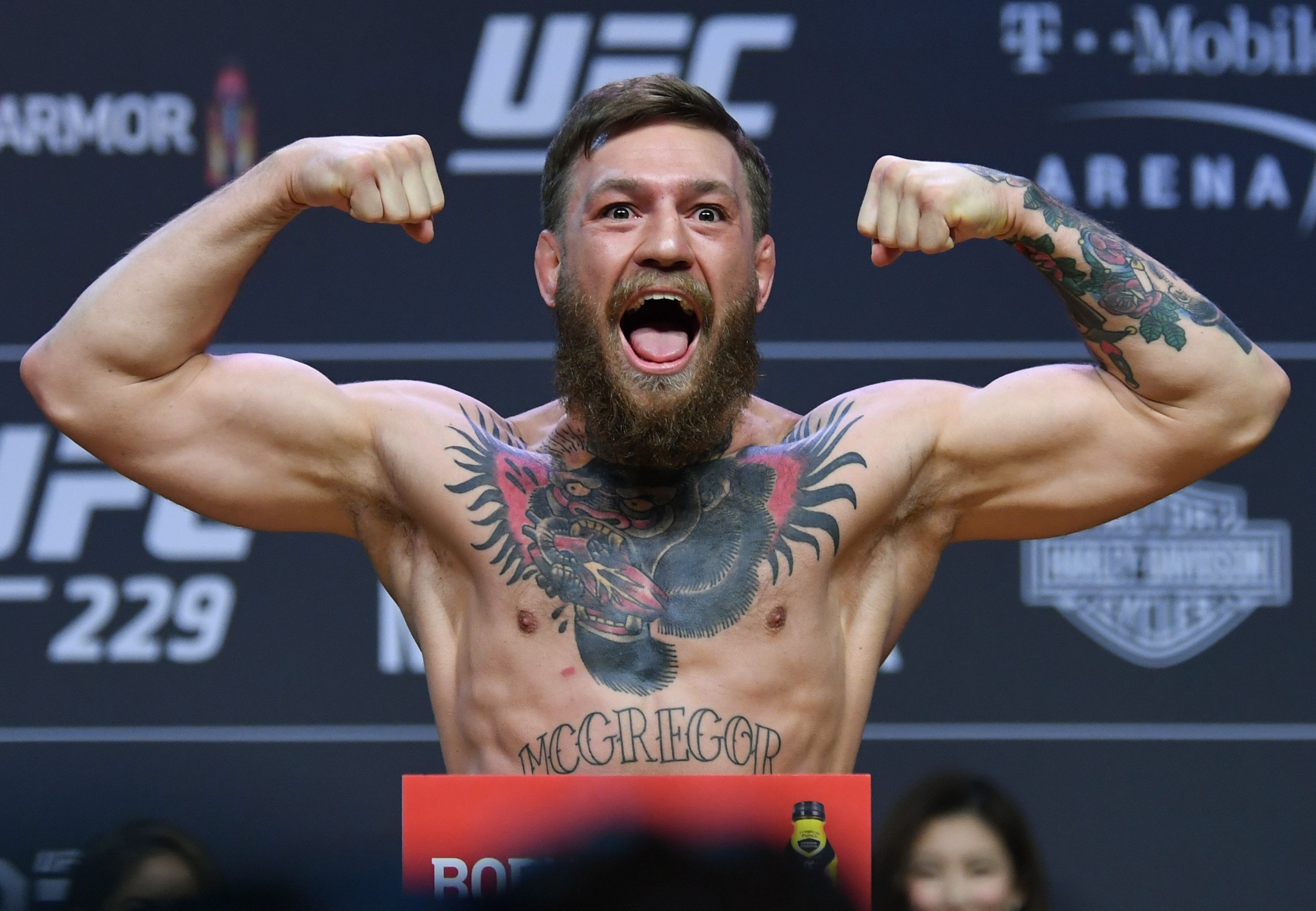 This is not the first time McGregor has “retired”, he has retired a total of three times throughout his UFC career. I understand, third time is a charm, but McGregor has always been about the sports entertainment aspect of UFC. He is “retired” now just because he does not want to compete during the pandemic and without the fans. The more fans and pay-per-view buys, the more money he leaves with at the end of the night whether he wins or loses. Connor McGregor would NEVER pass up a great fight with an amazing pay out, no matter how well off he is. Look at Mayweather, he has retired three times within his boxing career. One of those times were to fight McGregor! Each time Mayweather came out of retirement, it was to either: fight a worthy opponent, great payout, missing the sport, or all three combined. What is stopping an athlete like McGregor from doing the same thing? Everyone is still waiting on a McGregor vs Diaz 3 or McGregor vs Khabib 2. Those two fights would be an amazing main event card. Connor McGregor is already a guaranteed UFC Hall of Famer, but if he wants to add to his legendary resume, he would continue doing what he does best, being Connor McGregor. 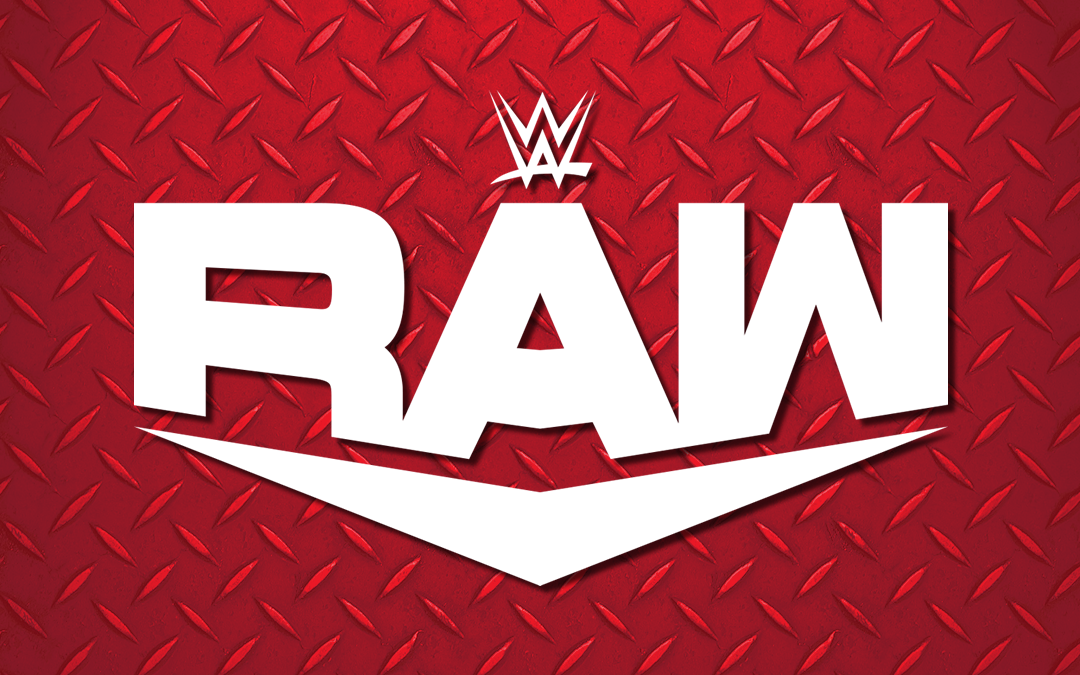 With COVID-19 still affecting the world and economy, one of the only entertainment sports still standing currently is the biggest professional wrestling company in the world, WWE. Throughout the crisis, WWE has still been showing their wrestling content weekly, while other sports such as the NBA and NHL have temporarily suspended their season until further notice.
The ratings and viewership for Monday Night Raw have been declining since this outbreak (even though they are the only sport being shown). It has gotten so bad, the most recent episode hit a record low viewership of 1.686 million viewers! Even the return of AJ Styles could not save the ratings for the most recent episode of RAW! This record low viewership is even worse because this is the show before a big PPV, which means a low rated show would lead to a potential low rated PPV. 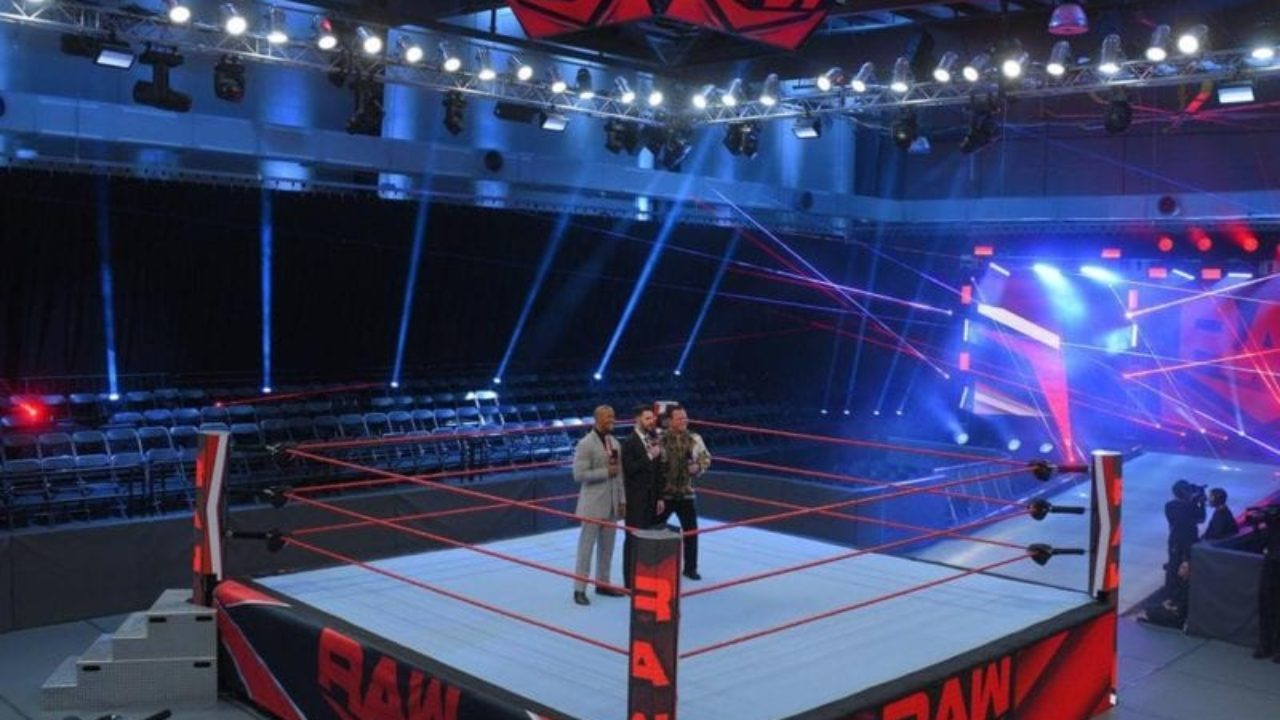 Throughout all my years of watching wrestling, I did not realize how important an audience really affects the show. Watching two people wrestle with no pops, chants or crowd reactions is extremely boring and challenging for the performers. All Elite Wrestling (AEW) has had their wrestlers play the role of a crowd while watching the other AEW talent perform. I think this is an amazing idea that WWE should implement into their programming because it makes the show way more enjoyable to watch. It contains more energy and excitement then watching two people wrestle in an awkwardly quiet setting. If Raw were to make a change like this, it would save the viewership from dying immediately. With live crowds coming back, hopefully WWE can bounce back on their feet and show the world why they are the top wrestling company. 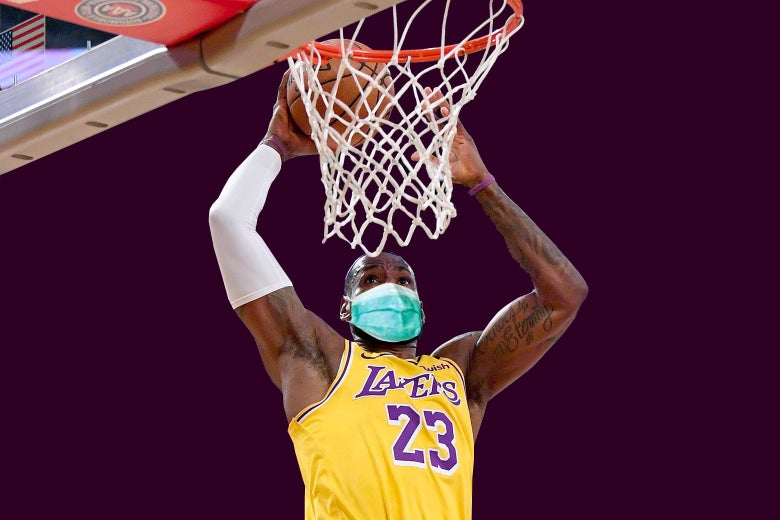 The NFL Draft has recently come to an end, Covid-19 cases are starting to die down, and the NBA SEASON MAY RETURN?! A tweet from Adrian Wojnarowski stated the NBA will allow all teams to re-open their practice facilities. While the original date was May 1, the Atlanta Hawks were not able to meet the deadline. Adrian Woj stated that the NBA practices will resume on May 8. This is the NBA’s first step to get the season to continue. Currently, it is not official on the NBA returning 100%, but with teams being able to practice soon, there is hope for us basketball fans to finally watch some games again.
Personally, I think the NBA will come back sooner than we think. With COVID-19 still lingering around, the NBA is not going to simply open arenas and go back to normal right away. There will be huge changes and precautions before any games or practices. When the virus began, the first notable player to get COVID-19 was Rudy Gobert. Then it was reported Rudy Gobert infected his teammate, Donovan Mitchell. As the weeks went by, other NBA players had to isolate themselves because they were infected too. Before the NBA can open up (during the pandemic) all players should be tested before practices begin. 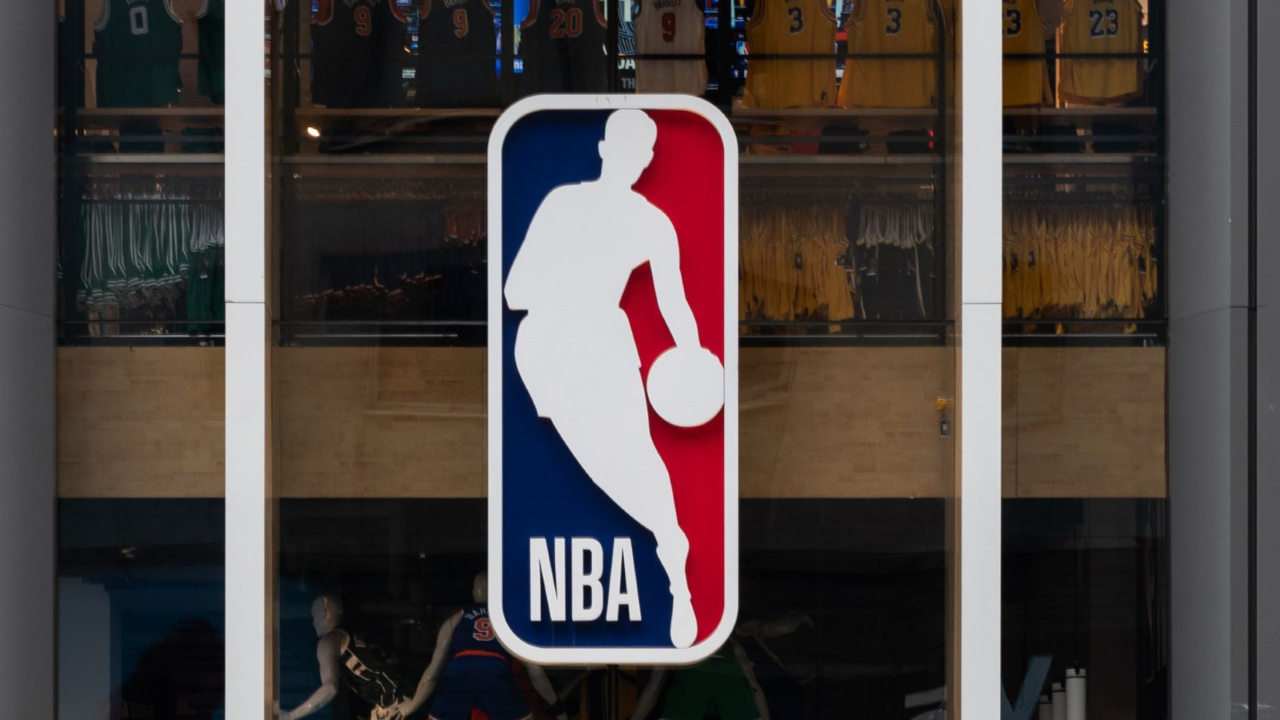 With the days counting down to NBA practices opening, there are many questions that need to be answered. Since the sport includes everyone touching a ball and being physical defensively, would the NBA have players wear facemasks at all times? Will players need gloves and hand sanitizer at all times during practices and games? Will we get to see who the best team is in the 2019-2020 Corona season? All of our questions will be answered in the upcoming weeks, so stay home everyone! 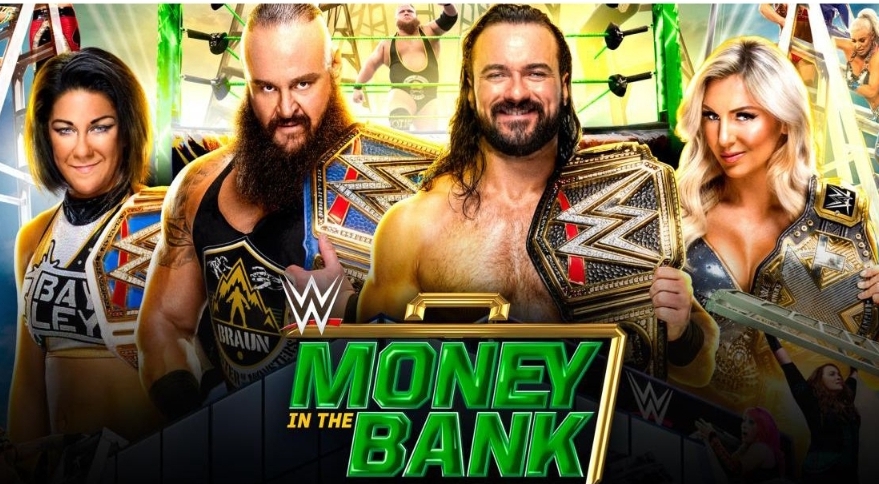 After months of build up for Wrestlemania, the Road to Wrestlemania has come to an end. We have Braun Strowman as the new Universal Champion, which still does not feel real to me. We all know he is just holding it just to drop it to his next competitor. Charlotte Flair, for some reason, becoming the new NXT Women’s Champion? Becky Lynch retaining her Raw Women’s Championship and burying Baszler? This shows the WWE will never push any other female talent unless they are Becky or Charlotte. There was an interesting yet cinematic “Boneyard” and “Firefly Fun House” match and a new WWE Champion, Drew McIntyre. I wish he was able to celebrate his victory in front of thousands of fans, but COVID-19 wants to ruin his moment as well as my life. 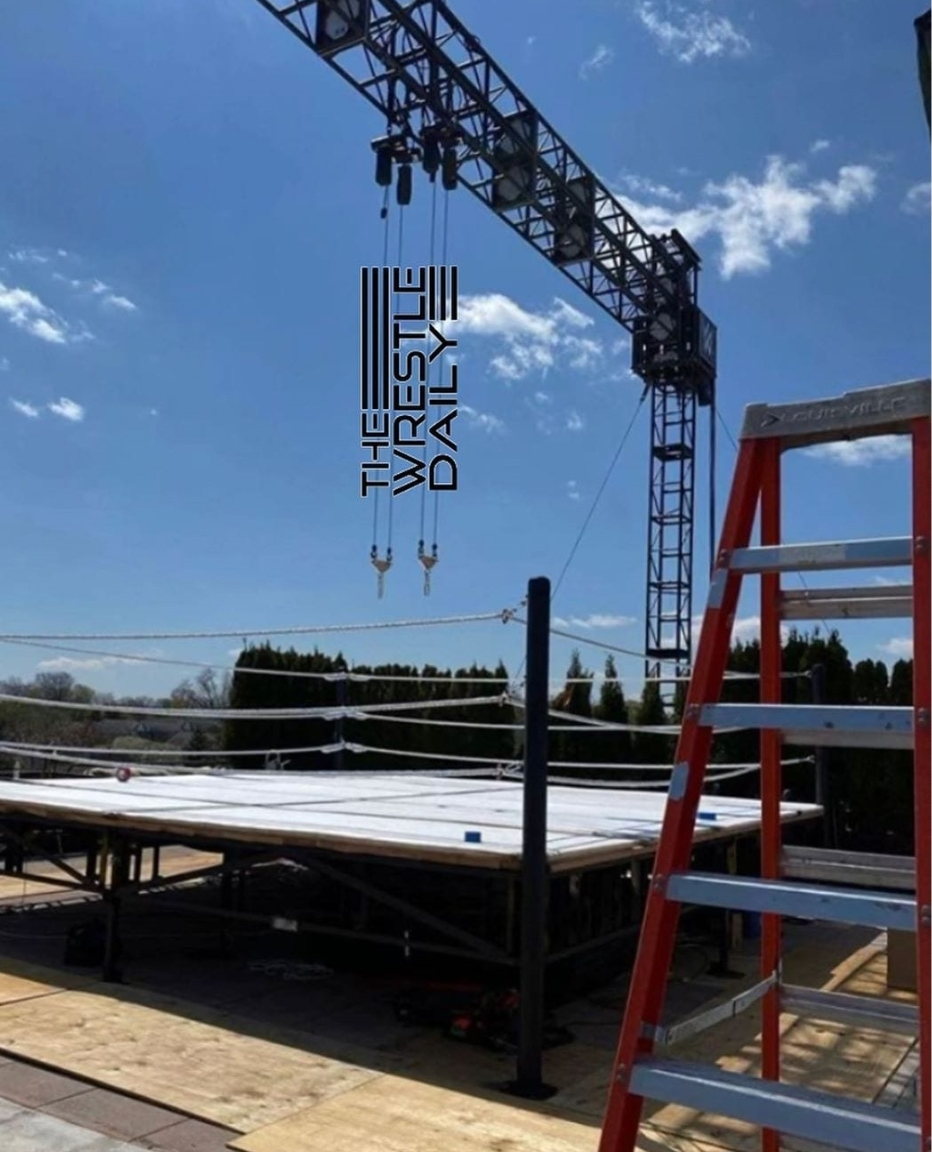 The next Pay-Per-View the WWE is holding is one of my favorites, MONEY IN THE BANK! Money in the Bank is an exciting ladder match full of spots that gives mid carders the chance to elevate their WWE careers to the next level (if they win). This year, instead of the usual multi person ladder match, WWE decided to have this event at their corporate headquarters. The promotion for this event has all WWE Superstars affiliated in the Money In The Bank match. The wrestlers start from the bottom floor of the corporate office and work their way up to the roof of the building, where there is a ring with the briefcase hanging above for the superstars to retrieve. When I heard the news, my first reaction was, “this is really stupid”. Why would WWE want to hold one of their most exciting PPV’s in a corporate office? This PPV could go two ways: it is either going to be terrible or hopefully exceed my expectations. With the “Money In The Bank” match being in the office, I wonder if the rest of the normal matches will be in the office, pre- recorded at the Performance Center, or on the ring which is outside on top of the building. I hope they have the talent wrestle on top of the office because that would be extremely interesting to see wrestlers fighting on the roof of a building!
Although I am puzzled on their decision, I am interested in how the WWE will deliver with this event. Will it be cinematic like the “Boneyard” and “Firefly Fun House” matches? Will it just be like a backstage brawl match Orton and Edge had at Wrestlemania? Do they really plan on trashing the whole office? Do they plan to have the championship singles and tag team matches there as well? I guess all our questions will be answered on May 10th on the WWE Network.