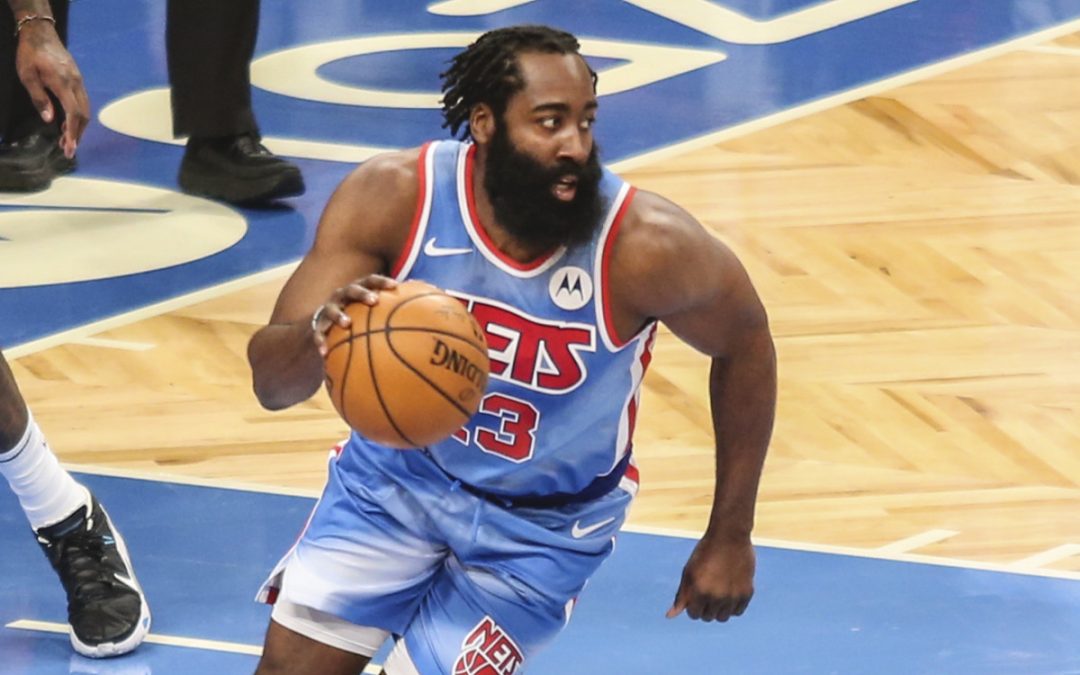 Top 5 Biggest Surprises of the Season (so far)

We are through ten games of the 2020-21 season and we have seen a lot of stories so far. From games getting cancelled, to James Harden asking out of Houston and finally getting traded, here are the five biggest surprises through seven percent of the season:

Four months ago in the NBA bubble, the Denver Nuggets made history. They became the first team to come back from a 3-1 deficit in multiple series after defeating the Jazz 4-3 and the Clippers 4-3. One of the main reasons for those two comebacks was Nikola Jokic. After trailing 3-1 against the Jazz, Jokic averaged 28/8/6 on 54/57/100 splits in Game 5-7 in route to advancing to the second round for the second consecutive year. After Game 4 against the Clippers, Jokic averaged 24/17/8 on 52/38/80 splits in Game 5-7 as the Nuggets advanced to the Western Conference Finals for the first time in almost a decade. This season, despite the Nuggets slow start, it’s hard to ignore what Jokic has been doing. He’s averaging 24/11/11 on 58/41/82 splits (66% TS%, 62% eFG%). He would become the 3rd player to average a triple double in a season after Oscar Roberton and Russell Westbrook (3x). He’d be the most efficient to do so.

This past fall, the Denver Nuggets fell to the Lakers in five games in the WCF. A key detail the Nuggets were paying attention to when the off-season started was Jerami Grant. Grant decided to decline his player-option and enter free agency. After defending the likes of Paul George, LeBron James, Donovan Mitchell, Kawhi Leonard, and Anthony Davis throughout the postseason, Grant decided to bet on himself and it paid off. He landed himself a three year deal worth 60 million in a Sign and Trade with the Detroit Pistons. In the 2020-21 season he’s averaging a career high in PPG (24.8), REB (6.0), FT% (86%) and PER (19.7). Overall he’s averaging 25/6/2 on 46/39/86 splits.

3. CJ McCollum tapping into another level:

The Philadelphia 76ers were swept by the Celtics in the first round of the 2020 Playoffs. After a seven year tenure, the Sixers decided it was time to move on from Brett Brown. Under Brown, they made the playoffs in the previous three years. They also decided to move on from Elton Brand as the President of Basketball Operations (he is now the general manager). They hired Doc Rivers as their new head coach and Daryl Morey as the President of Basketball operations who has done an excellent job thus far. He traded Josh Richardson for Seth Curry, and signed Dwight Howard as a backup center who won the championship with the Lakers this past October. They also drafted Tyrese Maxey, Isaiah Joe and Paul Reed. All of this has led to the Sixers starting at 9-4 as well as Joel Embiid’s impressive play, who, if the season ended tomorrow, should be awarded the Most Valuable Player award. Embiid is averaging 25/12/3 on 54/39/85 splits (65% TS%, 57% eFG%). In his fifth year he’s been the most efficient in his career and it’s been reflected in his performances. Another reason why the Sixers are 9-4 is due to Tobias Harris’s play and Curry’s efficiency from 3. Harris is averaging 19/8/3 on 51/45/84 splits (61% TS%). Curry is averaging 17PPG shooting 60% from 3 on 5 3PA (leads league).

We all know what the biggest surprise of the season has been so far. Even the people that don’t watch basketball know what the biggest story of the season has been so far. James Harden asked to be traded this past November and he finally got granted his wish. Harden was traded to the Brooklyn Nets in exchange for Caris Levert, four first-round picks and four draft swaps. They got another team involved as they sent Jarrett Allen and Taurean Prince to the Cavaliers. After this, the Rockets traded Levert for Victor Oladipo and acquired Dante Exum and Rodions Kurucs. All four first round picks and all four first-round pick swaps acquired by the Rockets are all unprotected. In his nine year tenure with the Rockets, Harden averaged 30/6/8 on 44/36/86 splits, scoring over 18,000 points. With the Rockets, Harden was named an All-Star in all 8 years and was a 6x All-NBA First team member. Harden currently holds the longest streak of consecutive All-NBA First team appearances at four. He was the NBA Assists leader and a 3x NBA Scoring champion, becoming the first player to average 35PPG in over 10 years. Lastly, Harden was named the NBA’s Most Valuable Player in the 2017-18 season. With Harden, the Rockets made the playoffs all eight years (longest active streak in the NBA), making the Western Conference Finals on two separate occasions. The Beard will now reunited with Kevin Durant whom he played with for three years on the Oklahoma City Thunder and Kyrie Irving who’s a 6x NBA All-Star and was a fundamental piece in leading the Cleveland Cavaliers to their first NBA title. 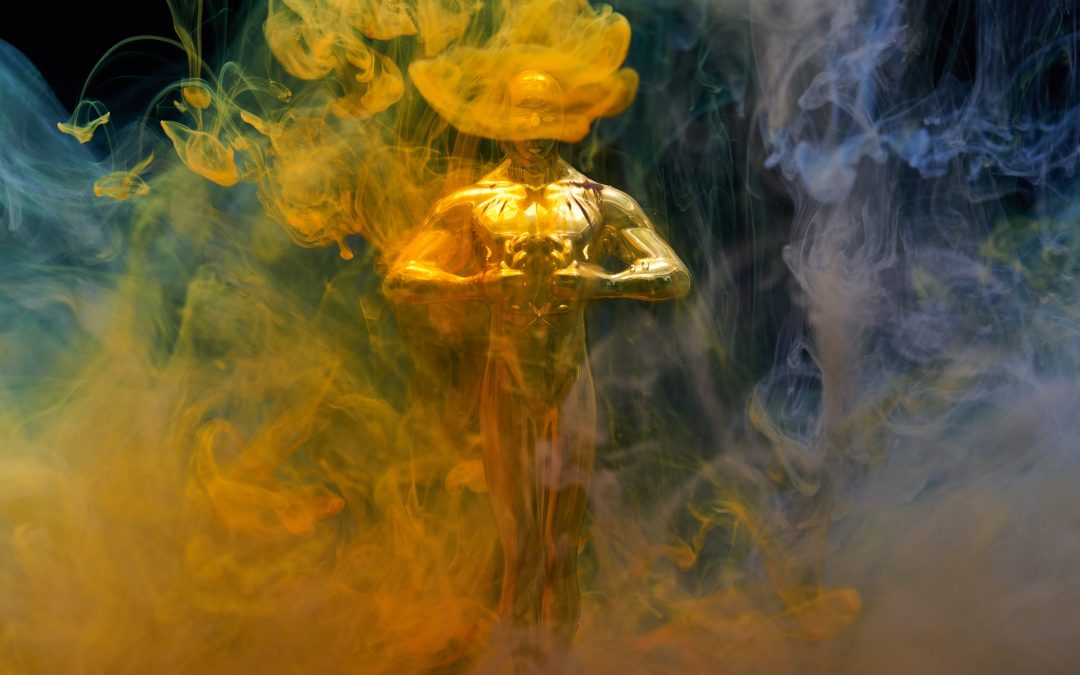 What is soon to be considered the shortest off-season in the four major sports in the US is soon to be upon us. 74 days after the conclusion of the 2019-20 we will have the Tip-Off of the 2020-21 season with Warriors-Nets and Clippers-Lakers among us. Here’s who I believe will lead the headlines as far as awards go.

In 2020, the Trail Blazers suffered an injury plague. 14 different players missed a total of 260 games, only Golden State had more with 264 games missed. They have added defensive anchors Robert Covington and Derrick Jones Jr as well as Harry Giles and Enes Kanter. Rodney Hood who missed 45 games due to a torn left tendon, will also be back. If the Blazers manage to stay healthy, watch out for Lillard and company.

Shai Gilgeous-Alexander was the centerpiece of a trade that saw Paul George go to the Clippers in a trade that also had Danilo Gallinari and draft picks. Gilgeous-Alexander had the mentorship from one of the greats in Chris Paul, which allowed him to take a step forward, averaging 19 PPG-5 REB-3.3 AST on 47/35/81 splits. Amongst players from the 2018 draft, he ranked 3rd in PPG, 6th in REB, 7th in AST and fifth in steals (1.1 per game). Shai also ranked fifth in oRTG (112.7) and ninth in Net Rating (+3.5). With the departure of Paul to Phoenix, expect Gilgeous-Alexander to take a major step forward.

This fall, the Lakers signed the 2019-20 6MOY Montrezl Harrell and acquired the runner up Dennis Schröder in a trade for Danny Green and the 28th pick (Jaden McDaniels was later selected). Schröder and Harrell ranked one and two in PPG (18.9 and 18.4, respectively). With the loss of Avery Bradley and Danny Green, and the addition of Schröder and Wesley Matthews, Vogel has a variety of guards to choose from including Schröder, Matthews, Kentavious-Caldwell Pope, Alex Caruso, Quinn Cook and Talen Horton-Tucker. Although, this past December 1, Schröder expressed his desire to start  “I think I try to move forward, and I think with [Anthony Davis] and LeBron [James], I can be helpful as a starter in the PG position.”

Rookie of the Year: Killian Hayes

When people talk about NBA prospects, 75 percent of the time, they’re looking at high school players or players in the NCAA. While the number one pick Anthony Edwards and the number three pick LaMelo Ball stand out to most writers, I went with a pick under the radar and that’s Killian Hayes. Hayes has been playing professional basketball since he was 16 when he made his debut for Cholet in France. In the Eurocup with ratiopharm Ulm (a team based in Germany) he played 10 games before the season was suspended due to COVID-19. Hayes averaged 13/2/6/2 with 46/39/91 splits. (58% TS%, 54% eFG%), so yes, the safe bet is the name you hear everyday, but don’t be surprised if it’s someone else.

Coach of the Year: Erik Spoelstra

Last season, the Heat acquired Jimmy Butler in a Sign and Trade with the Philadelphia 76ers. This deal, to many, didn’t seem to be an impactful deal given the roster they had around Butler. Against all odds, first time All-Star Bam Adebayo took a significant leap, averaging 15/10/5 on 55% FG% (Only player in NBA history to have these averages in their age 22 season). The Heat finished with the 4th seed and a 44-29 record and made it to the NBA Finals defeating the Indiana Pacers, Milwaukee Bucks and Boston Celtics. They felt short of their fourth NBA title, as the Lakers defeated them 4-2. The Heat let Jae Crowder and Derrick Jones Jr walk and signed Avery Bradley and Moe Harkless. With the 20th pick, the Heat selected Precious Achiuwa, a 6’9 Power Forward from Memphis. They also signed Max Strus as well as Paul Eboua. It seems the Heat have yet to get credit from critics, saying they benefited from the conditions in which the playoffs were being played. Spoelstra and co will prove once again, why they’re one of the better teams in the league.

Executive of the Year: Rob Pelinka

Yes, the Executive of the NBA Champions, the Los Angeles Lakers, should win Executive of the Year. You’re probably asking yourself, if they’re the champions, what did they do to get better? The Lakers bench last year ranked 11th in the league in scoring with 39.3 PPG. Pelinka went out and got Dennis Schröder and Montrezl Harrell, who, as previously mentioned, finished first and second in 6MOY. The Lakers also signed veteran Marc Gasol, a champion with playoff experience after letting Dwight Howard walk. Lastly, the Lakers signed Wesley Matthews who shot 36 percent from 3 on 4.4 3PA per game. Javale Mcgee and Danny Green were both traded to the Cavaliers and Oklahoma City Thunder, respectively. Pelinka also re-signed Superstar Anthony Davis to a 5 year $190 million contract.