All That Glitters Isn’t (Red and) Gold 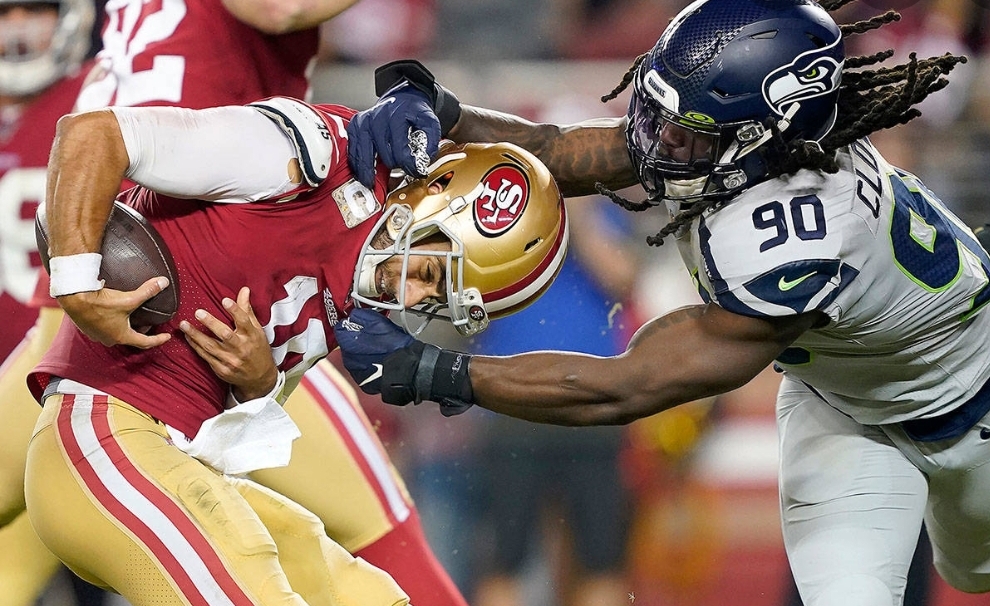 Last nights nail biter regular season finale game between the Seattle Seahawks and San Francisco 49ers wasn’t pretty. After last nights game, I think we saw two teams that are flawed and not Super Bowl bound. Unfortunately, the Seahawks flaws seem to come from injuries. They have lost their 3 starting running backs, #1 tight end, their star offensive tackle, all cornerbacks and Clowney on defense is believed to playing hurt. They lost their receiver Jaron Brown in the first series of last nights game leaving only Lockett, Metcalf, Moore and Ursula, making any kind of offense very challenging. The 49ers on the other hand are all healthy with the exception of Tart and Dee Ford. They had all of their starters including Bosa and Staley that they didn’t have in the first Seattle matchup. Why is this important to know? A Super Bowl destined team that’s almost completely healthy doesn’t let Russell Wilson come back from such a lead in the 2nd half with a completely decimated team.

The Niners appeared to dominate the whole first half when they went up by 13 at the half. The return of Marshawn Lynch this week actually Appeared to hurt the Seahawks as the Niners defense could almost guarantee he wouldn’t be involved in the pass game. Getting the offense started for Seattle seemed to be a real struggle going into half-time as they trailed 13-0.

The 2nd half Seattle offense definitely picked up the pace at the helm of Russell Wilson but the Niners seemed to have dropped off. Wilson led 3 touchdown drives and on the next drive he brought them back within 4 points. With the game on the line and seconds to play Wilson spiked the ball to stop the clock since there were no timeouts remaining. He had one incomplete pass and then game the first game changing moment. Jacob Hollister was completely draped by Fred Warner as a clear and blatant pass interference. The ball actually hits off of Hollister’s face mask as he couldn’t move his arms to catch it! This became a no call and no New York review that actually cost the Seahawks the game as they would’ve had a fresh set of downs at the goal line. The game ended with a costly delay of game and a 4th down stoppage of a Hollister catch within inches at a score of 26-21. The refs managed to make that call but ignored the pass interference that could’ve won the game for Seattle.

Strong teams don’t allow leads to slip away in over a third of their games. They put the final nail in the coffin and move on. Some say that’s what the 49ers do on a technicality because it’s a win but football is more intricate than that. From the Cardinals, first Seahawks matchup Saints, Rams and last nights game vs Seattle we watch them continually struggle to win games.

They’re very fortunate to have clinched the Bye and after last night they’ve showed the world they’re going to need it. This Seahawks-Niners game could very well have a part 2 in 2 weeks at Levi Stadium where the Hawks beat the Niners back in November and broke their undefeated record. More will be revealed in this playoff contention. One thing for sure, there is a team that knows how to get it done and they’re led by the man who set the Highest Comletion Record in NFL history. Just a friendly reminder to fans: All that Glitters Isn’t Gold.