AINGE OUT, STEVENS IN: Is this the right Decision? 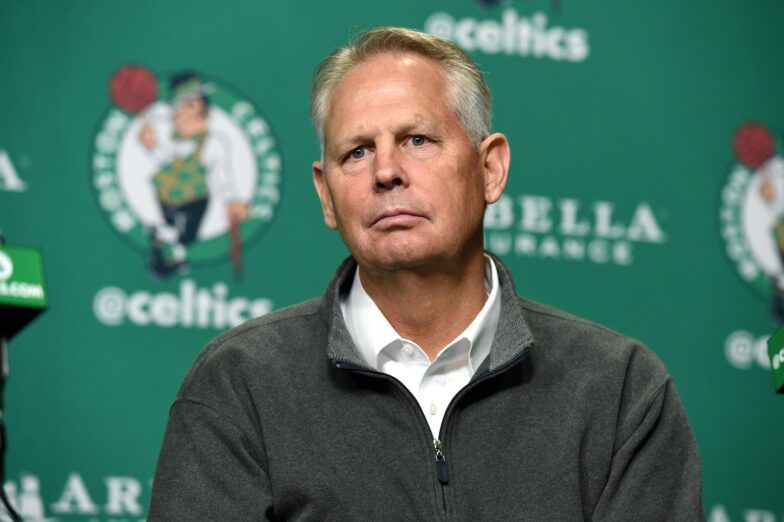 News broke of Boston Celtics President of Basketball Operations, and former player Danny Ainge has retired from his role on Wednesday, June 2, 2021, the day after the Celtics were eliminated from the playoffs by the Brooklyn Nets 4-1 in the best of seven series. It is also reported that Ainge has been thinking of resigning or retiring for several months now, and that’s something I could believe.

The last 4/5 years have shown that Ainge displayed levels of incompetence and poor negotiating skills after the failed trade of Kyrie Irving which ultimately crumbled the organization. After the deal for Irving didn’t work out, he had one job; bring a guard and a big-sized forward who could revert to the centre position. Celtics fans were all watching the market keenly and had their hearts set on Anthony Davis joining until the reality was Kemba Walker and Enes Kanter.

Last season when the world was all but shut down due to the Coronavirus, Boston had arguably their best shot of a finals appearance but they choked. In the off-season, Kanter was traded and the immediate reaction Celtics fans were looking for was a new top-tier Centre, i.e, Andre Drummond, or Myles Turner, or Karl-Anthony Towns, but the reality was an overweight looking, past his best Tristan Thompson to pair up with injury-prone Robert Williams III. Even trading Daniel Theis to Chicago for Mo Wagner, who was then traded for no positives whatsoever. 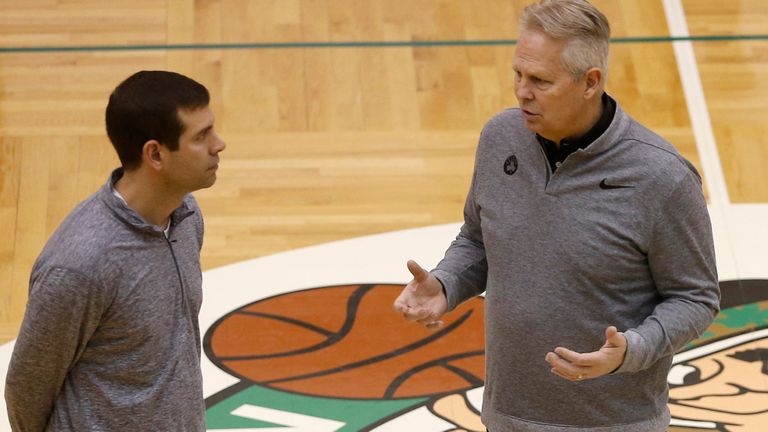 With the out-of-depth Ainge gone, his successor is an even more out of depth Brad Stevens. The now-former coach of the Celtics will take up the P.B.O role on a full-time basis, and will be in the process to assist in hiring his successor. For me Stevens never should’ve lasted this long, seeing as he choked in the playoffs last season. Yes, I know that he is the 4th winningest coach in Celtics history with 352 wins, and yes I know that only Gregg Popovich has more wins than Stevens minimum of 630 games since his appointment in 2014. However, if you are desperate for a game to be won, you’d be better off with a P.E teacher than Brad Stevens.

The man can’t coach through all four quarters, with the 3rd quarter being his worst. A man like Stevens who is always mellowed on the sideline, wastes challenges on ridiculous plays, and can’t motivate his team when the team desperately needs it and who would let an ant bully him. What the Celtics need is a coach with an intense personality, an obtuse/great knowledge of the sport, and who knows the winning mentality; and for me, that coach is Mike Krzyzewski.

Arguably and easily the greatest coach in college basketball history, I could see coach K in the TD Garden, yelling out plays to Jayson Tatum, Kemba Walker, and Robert Williams III. With 1,170 wins in his career as a head coach, it would only be right for him to coach the most decorated NBA franchise in history and bring them back to the days when Larry Bird used to suit up. Will the Celtics try and make a sensible decision for once, or will they be hindered by more unsatisfying appointments? We will wait and see.