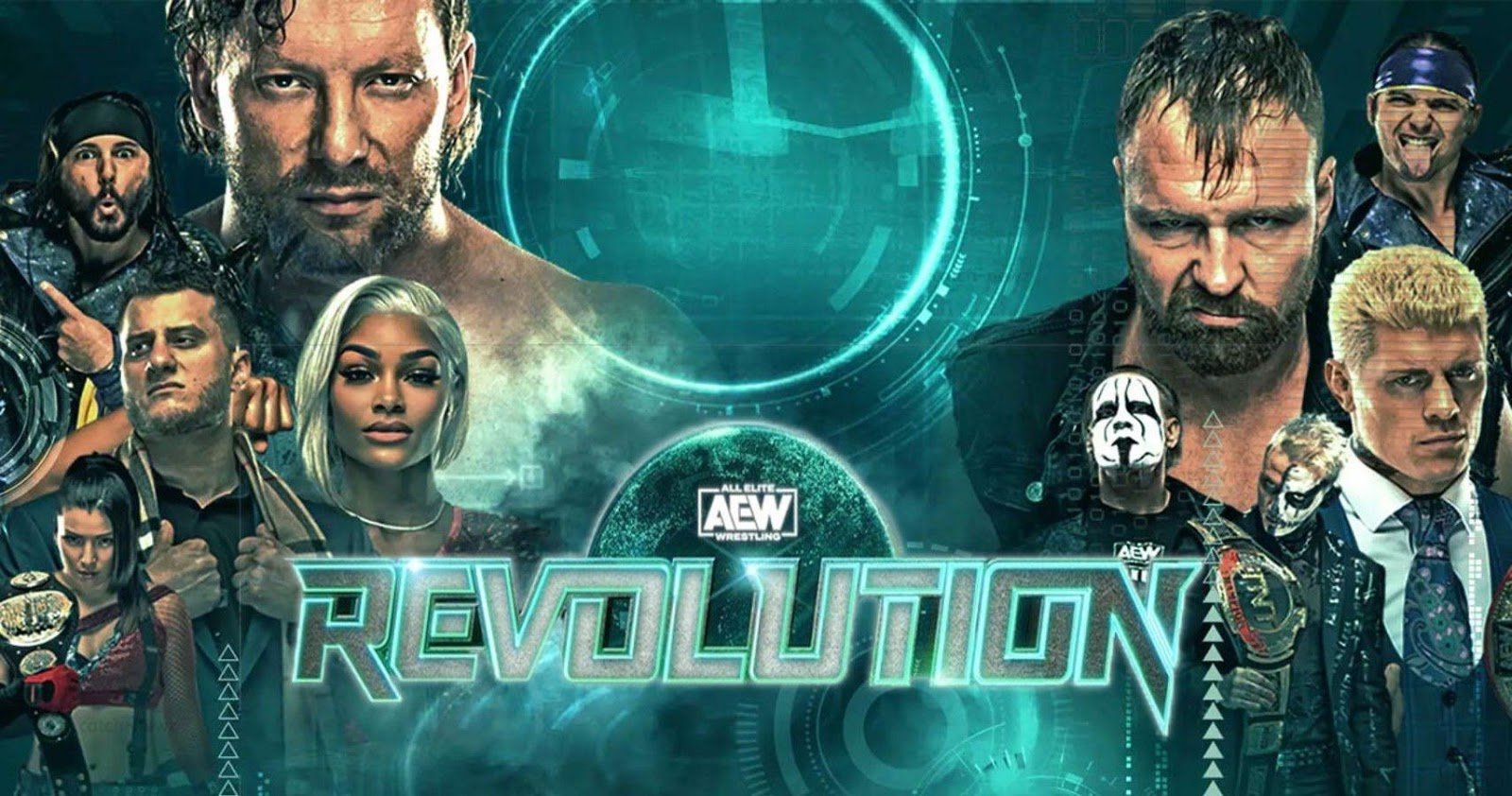 AEW “Revolution” looked to be not the best, but could be a special card on paper. Instead we got arguably the worst pay per view in the AEW era. Now I’ll give AEW a pass because they haven’t been around long, but long enough where I leave the show impressed every time. This was a first for me where I left completely underwhelmed and frustrated.

The tag team match starting the show was a good idea as “The Young Bucks” are always a guarantee to put out a great match. Having Chris Jericho and MJF was a good opponent, but not where I would’ve gone. You could’ve had Matt and Nick Jackson go up against “The Good Brothers.” Now that would’ve been special, but again potential and I’m sure down the road will get it.

You had Matt Hardy vs. Adam “Hangman” Page in a match where the winner gets the other’s first quarter makings. To me it was just a match or a rivalry I wasn’t invested in. Same thing with “Best Friends” vs. Miro and Kip Sabian. Just not invested in it at all. It’s time for Miro to breakaway from Sabian and Penelope Ford. Don’t get me started on the Battle Royal. That should’ve been on the preshow. It was a joke that it wasn’t.

The women’s match between Hikaru Shida Ryo Mizunami was pretty good, but the build wasn’t really with me. It had to be rushed obviously due to the tournament, but hey at least it wasn’t Nyla Rose. Maki Itoh also coming out on the pre-show Buy-In was a nice idea.

I was a big fan of the ladder match and having Ethan Page debut, which I had guessed right before the show, was a good idea. Big signing for them in the mid-card circuit for them. Scorpio Sky winning was a great idea. A new face and a guy who’s earned the push. Him vs Darby Allin in the ring is perfect with similar styles.

Christian Cage was the big AEW signing that Paul Wight said would happen. I was all for Christian, but didn’t it feel like it was being built much bigger or just me. I love Christian, don’t get me wrong, just felt like the huge buildup was a bit of a letdown.

Sting and Allin together vs Brian Cage and Ricky Starks I thought was a fun, entertaining match. It was the cinematic style it was rumored to be. Everyone did a good job in playing their role in the match. Nice to see Sting on television again wrestling as well.

And now we get the main event. The “Exploding Barbed Wire Death Match”. I will say this, I thought the match was good, I wasn’t a huge fan of the setup. Usually with barbed wire matches you replace the ropes with straight barbed wire. Also the barbed wire tables on the floor looked very indies style which is ok. I think they should’ve just copied the way Atsushi Onita used to do his matches and run with it. I mean they had him do a promo, why not just take the idea? Maybe have Moxley come out to “Wild Thing” as well would’ve been a cool idea. I mean he had the Onita jacket on. Now the match, again I liked, but what we all remember? The ending.

I mean that was an atrocious way for this show to end. Vince McMahon said it best “people will always remember the ending.” I agree with that. Having Eddie Kingston come out to try and save his friend Moxley who was lying in the ring handcuffed was great storytelling. Then the sparklers went and the explosion was well non-existent. As Marvin Martian once said “Where’s the kaboom? There was supposed to be an earth-shattering kaboom.” Instead, we got a tiny fart. Moxley then cut a promo after the match saying “Kenny Omega may be a tough son of a b—, but he can’t make an exploding ring worth a s—!” Moxley said. “I’ve seen more dangerous s— on MTV’s Ridiculousness, what the f— was that?”

So that’s my review of “Revolution.” A disappointment for sure. Many things I would’ve fixed, but this tells me AEW will be more motivated when “Double or Nothing” happens. Can we get the shows back to Saturdays please? One Saturday where UFC isn’t on? Please and thank you. 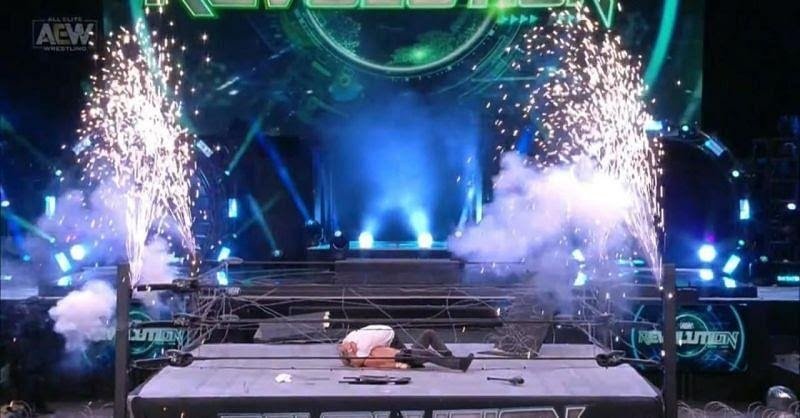