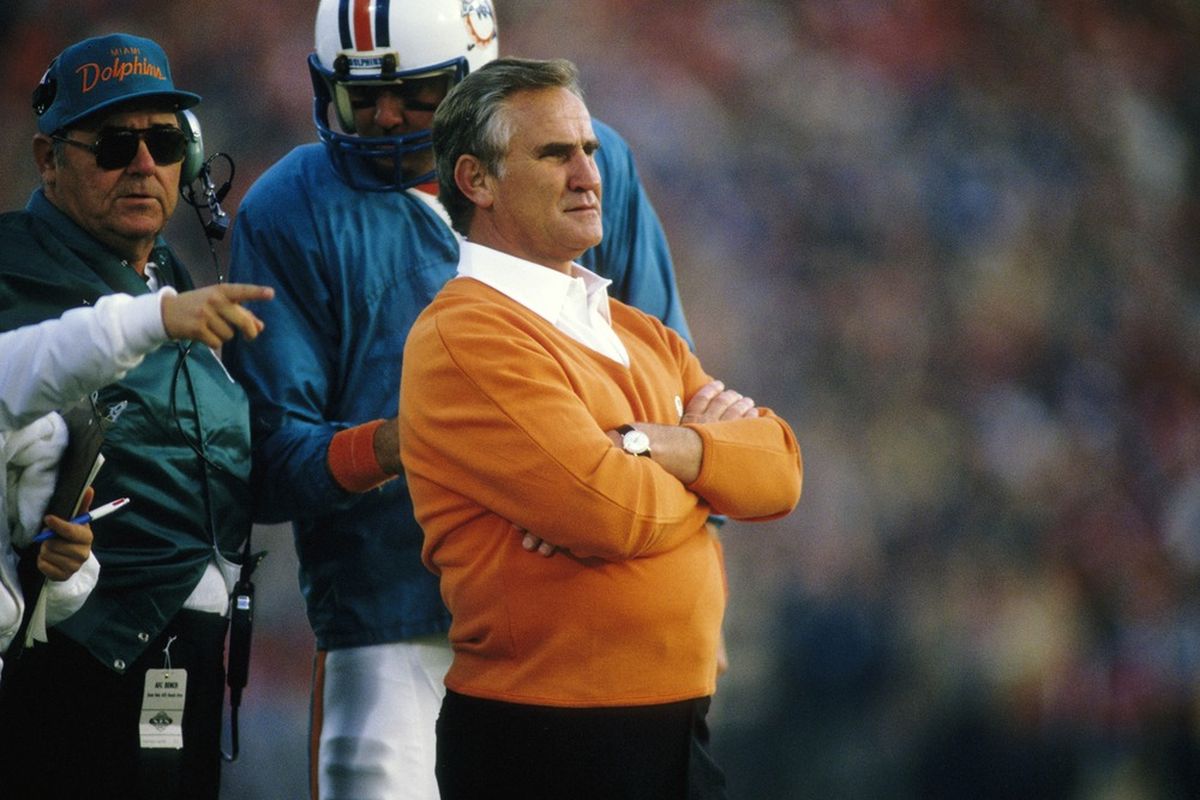 On Monday, May 4, a flash went across my IPAD that read, “Don Shula, Hall of Fame NFL Coach, dies at 90”. Immediately my brain went into high gear, thinking of the best way to honor one of the greatest coaches ever.

Being an NFL historian as well as an overall sports historian and expert, my mind switched into autopilot, reviewing some of his most significant accomplishments.

Coach Shula’s playing career was not one that received much attention. The Cleveland Browns drafted him as a defensive back in the ninth round of the 1951 NFL draft. Shula played seven NFL seasons, recording 21 interceptions while playing for three different teams (Browns, Colts and Redskins).

In 1963 the Baltimore Colts made Shula the youngest Head Coach in NFL history at age 33. It did not take long for the young head coach to make his mark. In seven seasons with Baltimore, Shula won 75 percent of his games (71-23-4).

Shula lasted one more season in Baltimore before being hired by the Miami Dolphins. Only in their fifth season as a franchise, the Dolphins won just 27 percent of their games (15-39-2) when Shula took over.

For the next 26 seasons, Shula’s Dolphins achieved an unprecedented amount of success. The head coach won 66 percent of his regular-season games, including 16 seasons of ten or more wins, 12 AFC East titles, six AFC Championships, and two Super Bowl titles.

Shula is one of three head coaches in Super Bowl history to coach in three straight Super Bowls (VI-VIII), Marv Levy (XXV-XXVIII) and Bill Belichick (LI-LIII) are the other two. He is also one of four head coaches to lose four Super Bowls (Levy, Dan Reeves, and Bud Grant).

The pinnacle of Shula’s coaching career took place in 1972 when the Dolphins became the only undefeated team in NFL history. After winning all 14 regular-season games, Miami defeated the Browns 20-14 in the divisional round at the Orange Bowl, and the Steelers 21-17 at Three Rivers Stadium to advance to the Super Bowl.

Shula suffered a 24-3 loss to the Dallas Cowboys in Super Bowl VI and hoped to face the same Cowboys team that dismantled them in Super Bowl VII. However, Tom Landry’s team lost 26-3 to George Allen and the Washington Redskins in the NFC Championship Game, setting up the matchup. The Dolphins 14-7 victory, completed the only perfect season in NFL history.

The next season Shula joined Vince Lombardi as the only head coaches to win consecutive Super Bowls, defeating the Minnesota Vikings, 24-7.

Despite winning 77 of 120 regular-season games from 1974-81, the Dolphins qualified for the postseason just four times, going winless in those contests.

During the 1982 strike-shortened season, Shula’s defense (nicknamed the Killer B’s due to six of the 11 starters surname starting with B) led Miami to a 7-2 record. Their offense was led by 24-year old David Woodley & 32-year old Don Strock (nicknamed Wood-Strock) at QB.

Since the regular season consisted of just nine games, the NFL changed the postseason requirements, as the top eight teams in each conference qualified. The Dolphins ranked second in the AFC, played all three of their games at home, defeating the Patriots, Chargers, and Jets to earn their fourth Super Bowl appearance under Shula.

Once again, their opponent was the Washington Redskins, but this time, Shula’s young team fell to Joe Gibbs and Super Bowl MVP John Riggins, 27-17.

The next season saw the Dolphins first-round draft pick Dan Marino make his NFL debut. Under Marino, Shula watched his young QB set NFL records for passing TD (48) and passing yards (5,084) in 1984, leading the Dolphins back to their fifth Super Bowl against Joe Montana and the 49ers. Once again, Shula’s team came up short in the biggest game, falling 38-16 in Super Bowl XIX.

The Road to Nowhere and Playoff Failures

During Marino’s rookie season of 1983, Miami suffered an upset loss to the Seattle Seahawks at the Orange Bowl in the AFC Divisional Round. While the team rebounded to finish 14-2 and reach the Super Bowl the next season, many anticipated a return in 1985.

During the 1985 season, the Dolphins hosted the undefeated Chicago Bears on Monday Night Football in Week 13. Sitting at 12-0, the Bears dominating defense led by defensive coordinator Buddy Ryan posed a threat to join Miami’s 1972 team as the only undefeated team in NFL history. However, Shula’s bunch embarrassed Chicago 38-24, ending their perfect season.

While everyone was anticipating a rematch in Super Bowl XX, Miami lost to the New England Patriots in AFC Championship Game. (Patriots were the first team ever to win THREE ROAD GAMES to advance to Super Bowl).

The loss was the Dolphins first against New England in Miami since November 30, 1969 (were both members of AFL). They were 15-0 all-time at home against the Patriots since the NFL-AFL merger in 1970 before that loss.

The following season New England snapped their regular-season losing streak at Miami, defeating the Dolphins 34-27 on December 22. The loss eliminated Miami from postseason contention, occurring in their final game at the Orange Bowl.

Shula was elected to the NFL Hall of Fame in 1997. He and George Halas are the only NFL head coaches to record 300 wins.