SEC Week Five: Can South Carolina & Kentucky Rise Up in the East? 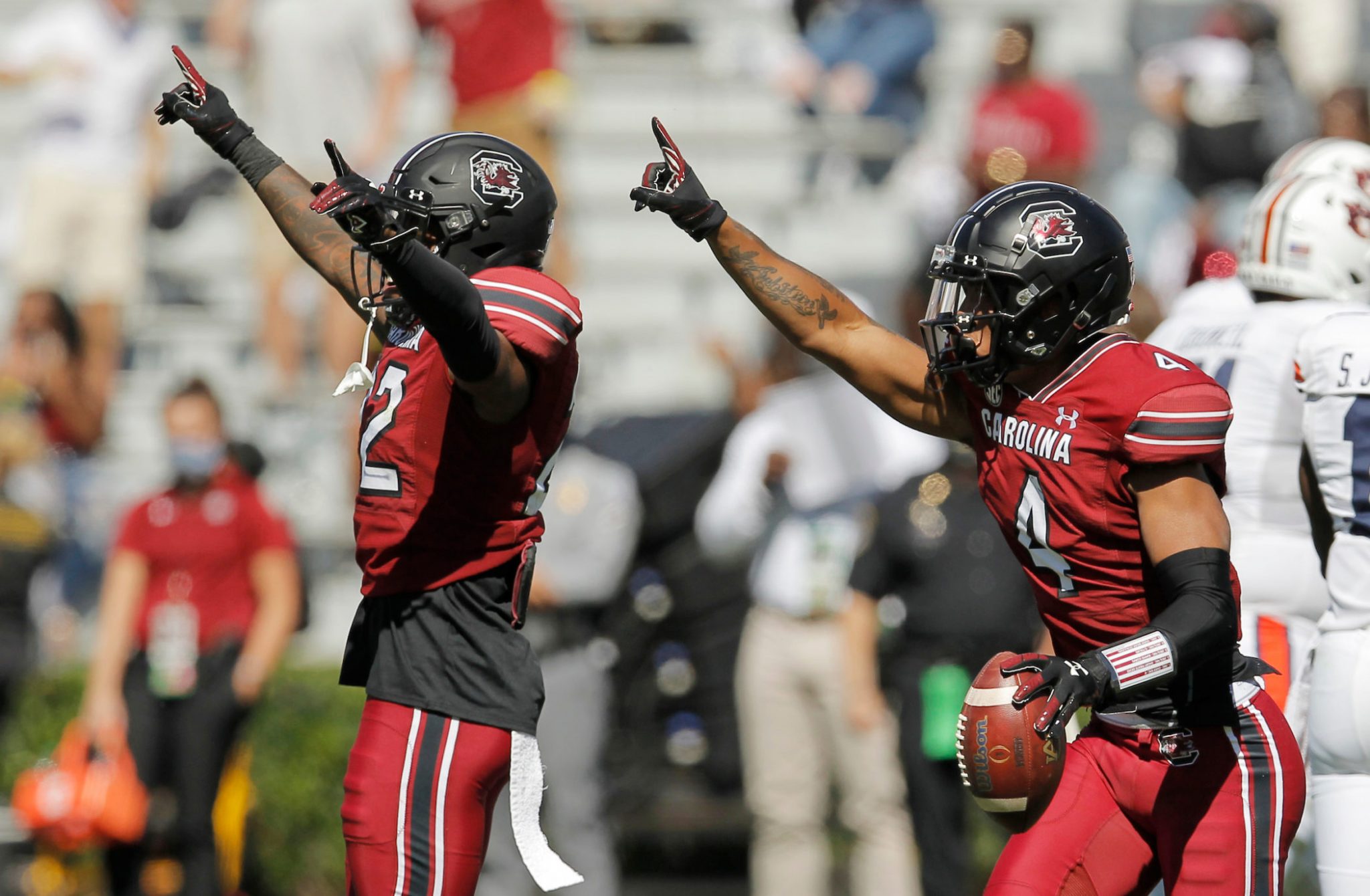 While the Big Ten and Pac-12 start their seasons this weekend, the SEC finds themselves at the halfway point of their 10-game conference-only schedule.

The SEC East is up for grabs as everyone in the division suffered at least one loss. Will Georgia and Florida regain their footing, or will Kentucky and South Carolina rise from the ashes to challenge the division title?

Here are some critical matchups for Week Five in the SEC.

The Rebels offense was the SEC’s talk after running up 647 yards and 48 points against Alabama. However, Matt Corral’s nosedive against Arkansas (6 INT) in a 33-21 loss put a damper on Oxford’s offensive party.

Auburn has problems of their own, coming off their first loss against South Carolina since 1933 (won 8 previous games Gamecocks). If not for a favorable ruling on a fumble against the Razorbacks, Auburn would be reeling.

What a win would mean for Auburn – with two losses already, the Tigers need to gain momentum hosting LSU next week.

What a win would mean for Ole Miss – some legitimacy to what’s become an offensive circus in the Rebels first four games.

Series – Auburn’s won four straight and 22 of last 27 overall, including three straight and nine of last 11 at Ole Miss.

Both teams are coming off wins. The Tigers rallied against LSU (stopped the defending champions on four straight plays at the 1-yd line). Kentucky’s defense has straightened up after allowing 783 yards and 71 points in their first two losses. The Wildcats held Mississippi State and Tennessee to under 300 yards each, while allowing just nine total points.

What a Kentucky win would mean: The Wildcats can create a chance for themselves in the East as they prepare to host Georgia next week.

What a Missouri win would mean: A second straight upset at home would put fate in their own hands as they travel to Florida and host Georgia the next two weeks.

Missouri – last time hosting Kentucky, the Tigers blew a 14-3 lead in final five minutes with Kentucky connecting on the GW score on the final play of the game

After seeing their eight-game win streak snapped at Georgia, the Vols laid an egg against Kentucky at home, losing 34-7.

Meanwhile, the Tide keep on rolling towards another College Football Playoff appearance. Alabama punished #3 Georgia in the second half, scoring the final 24 points in a 41-24 victory over the Bulldogs on Saturday.

Alabama totaled 325 yards (85 rushing yards) on their final six drives as Nick Saban improved to 22-0 against former assistants and 3-0 against Kirby Smart.

What a Win Would Mean For Tennessee – end their two-game losing streak and shock, everyone.

What a Win Would Mean For Alabama – mark their 29th straight victory over an SEC East opponent and move them closer to another SEC West title.

Alabama – John Metchie III and Jaylen Waddle recorded TD receptions of 40 and 91 yards against Georgia. The Crimson Tide registered 47 TD from scrimmage 30-yards or longer since the start of the 2018 season.

Najee Harris – Scored at least one TD in 11 straight games, totaling 1,272 rushing yards and 23 rushing TD over that span

The Gamecocks ended a historic streak against Auburn, defeating them for the first time since joining the SEC in 1992. Carolina forced Bo Nix into three INT (forced 8 TO in their last three games), winning their second straight, 30-22. Kevin Harris ranks fourth in the SEC in yards from scrimmage (495) and second in rushing TD (6).

The defending National Champions will try to get back on track after losing to Missouri. The Tigers failed to tally the winning TD after a penalty placed the ball on the one-yard line, unable to score on their four tries.

What a Win Would Mean For South Carolina – give them three straight wins heading into a showdown against #7 Texas A&M in Columbia.

What a Win Would Mean For LSU – save further embarrassment after bad losses to Mississippi State and Missouri.

LSU – rank last in the SEC and second to last in the nation in Passing YPG allowed (380.7).

Series – LSU has won six straight and are 18-1-1 in their last 20 games against South Carolina. This game marks the first time since the Gamecocks only win against LSU in 1994 that the Tigers are not ranked entering their matchup.