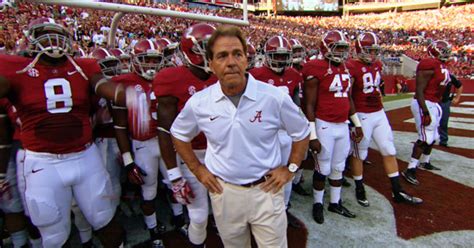 The more things change, the more they stay the same is the motto for another predictable SEC West season. When Horace Greeley uttered the words “Go West, young man, go West and grow up with the country” in July of 1865, little did he know the reference would fit Alabama. This year due to COVID changes, the SEC features a 10-game conference only schedule.

Since the creation of the SEC Championship in 1992, Alabama (12), Auburn (7) and LSU (6) have won 25 of the 28 division titles. However, since Nick Saban came to Tuscaloosa in 2007, the SEC West is the standard for College Football, winning eight of the 13 National Championships.

The division now features a collection of elite coaches vying to grab a piece of that Championship puzzle. Ole Miss welcomes former Tennessee Head Coach Lane Kiffin. The Rebels last finished with a conference record above .500 in 2015 (6-2) and has just five total since 1992.

Texas A&M finally finds itself in a position to challenge the West for the first time in Jimbo Fisher’s tenure. Kellen Mond leads the offense (28 total TDs in 2019) while the Aggies return ten starters on defense. Fischer’s gang travels to Tuscaloosa and hosts Florida after opening against Vanderbilt.

LSU and Auburn find themselves rebuilding after both knocking off Alabama in 2019. The defending National Champions saw their chances to repeat dwindle when WR Ja’Marr Chase and NT Tyler Shelvin both opted out.

The big bully in the division is still Alabama. Since 2007 the Tide is 89-15 (.865) in conference play. LSU ranks second, a distant 17 wins behind (Georgia ranks second overall with 73 wins). The Tide’s defense will be markedly better than the unit that allowed 25.4 PPG and 368 YPG in conference play (both team highs under Saban). Linebackers Dylan Moses and Joshua McMillon return as does DE LaBryan Ray after missing 2019 with injuries.

QB Mac Jones played well replacing Tua Tagovailoa but must limit the mistakes which cost the Tide their fifth straight trip to the CFB Championship. Jones tore up Auburn’s defense for 45 points (22 more than any other opponent) but gave the Tigers 14 points with two pick-sixes. DeVonta Smith, Jaylen Waddle, and Najee Harris provide the Tide much of the offensive firepower that averaged over 45 points and 500 YPG in each of the last two seasons.

The Tide’s dominance in college football’s best conference is glaring. Since 2011, Alabama’s win margin (+22.3) and YPG differential (177.9) is staggering. Another moniker of their dominance is their road record. Subtracting their 2-3 record at Auburn, Saban’s boys are 30-1 away from Tuscaloosa since 2011 (five points if you can name their only loss).

Alabama will regain their division title in 2020, while the Aggies record their best conference finish since joining the SEC.