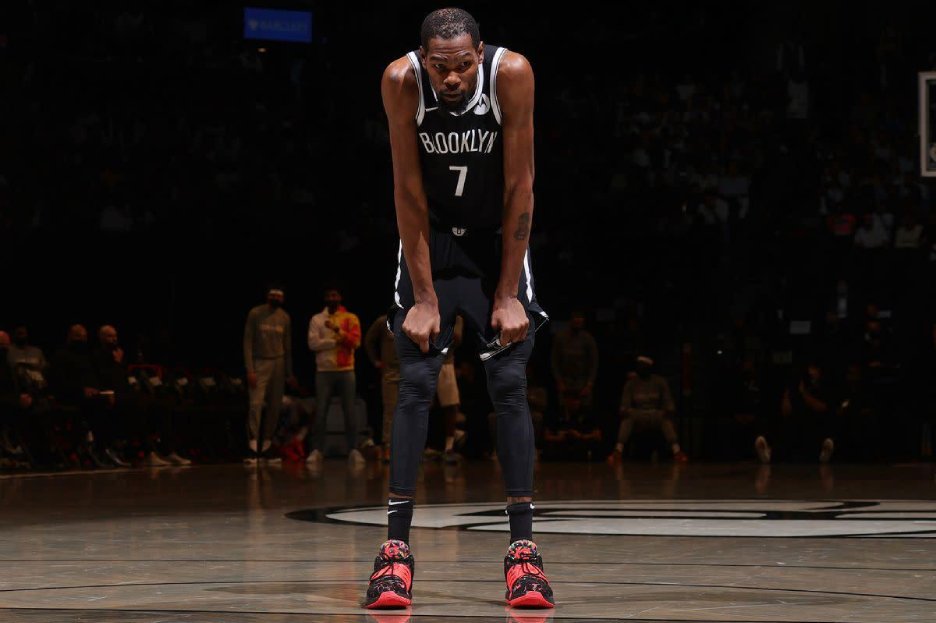 What Could Go Wrong?

With the fourth-best record in the NBA, the Nets sit at the top of the eastern conference at 14-6. With KD averaging almost 30 points per game, the Nets look nearly unstoppable. Unstoppable may be an overstatement with the number of problems that can hurt them in the long run as the season progresses. 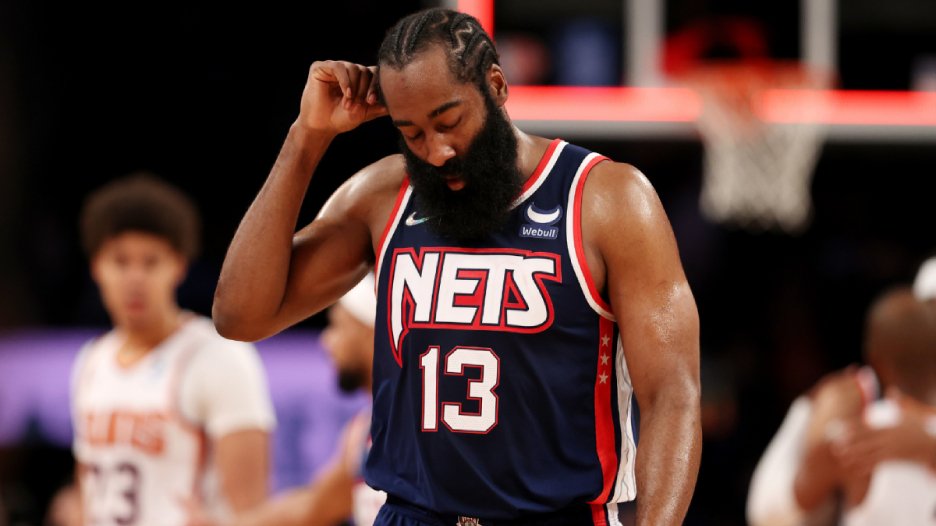 This team is also struggling on the defensive end, being 27th in steals and 10th in blocks. Though it’s still early in the season, the Nets are still one of the league’s worst defensive teams. It’s bad enough that they dropped three spots since last year in the block average. The Nets this year average 6.9 steals per game and 5.3 blocks per game. The team’s current steal leader is Bruce Brown, with 1.4 steals per game. What makes things worse is that LaMarcus Aldridge, who just came out of retirement who had to retire mid-season last year because of health reasons, is now their block leader with 1.1 blocks per game, which is barely better than their block leader in the previous year, Kevin Durant, with 1.3 blocks per game. You know a team is terrible at defense when not only are their defensive stats one of the worst in the league, a bench player is one of the defensive stat leaders on the team, but also when you’re 15th in the league for personal fouls and 10th for the allowing the most points scored. 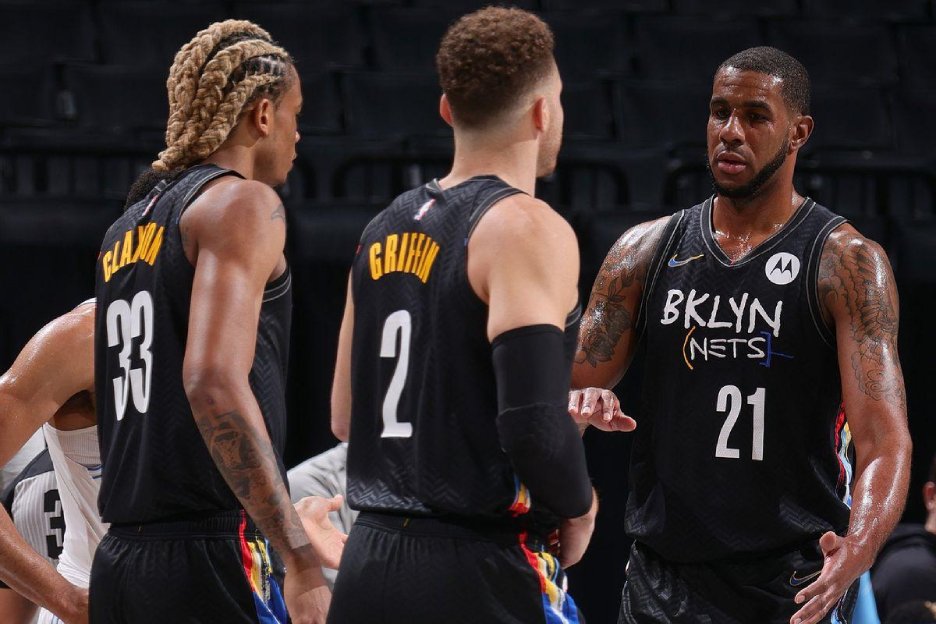 Yes, this team is good, but their flaws are apparent, and it will hurt them again when the postseason comes around. Although the Nets are good on offense, it’s not by much being 11th in the league for scoring despite their record. It’s still early in the season, but that’s not an excuse for being poor in certain areas. 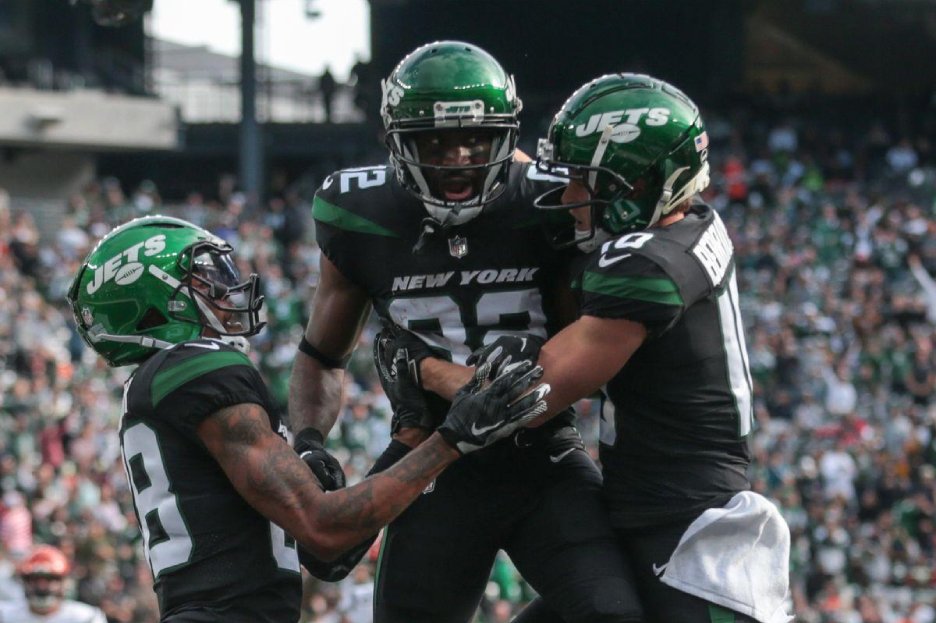 Nowhere to Go But Up

With a 2-6 record, the New York Jets have one of the worst records in the AFC conference. However, there is some potential, and not all is lost. If anything, Jets fans should see this more like a light at the end of the tunnel rather than the Jets being the Jets.

At the beginning of the season, Carl Lawson suffered a ruptured Achilles, resulting in the Jets signing Shaq Lawson, who has yet to have a sack. With Carl Lawson out, that was a significant blow to Robert Salah’s defense because he had big plans for him before the season officially started. Overall the Jets have been riddled with injuries, and a major one is Offensive Tackle Mekhi Becton and Quarterback Zach Wilson. 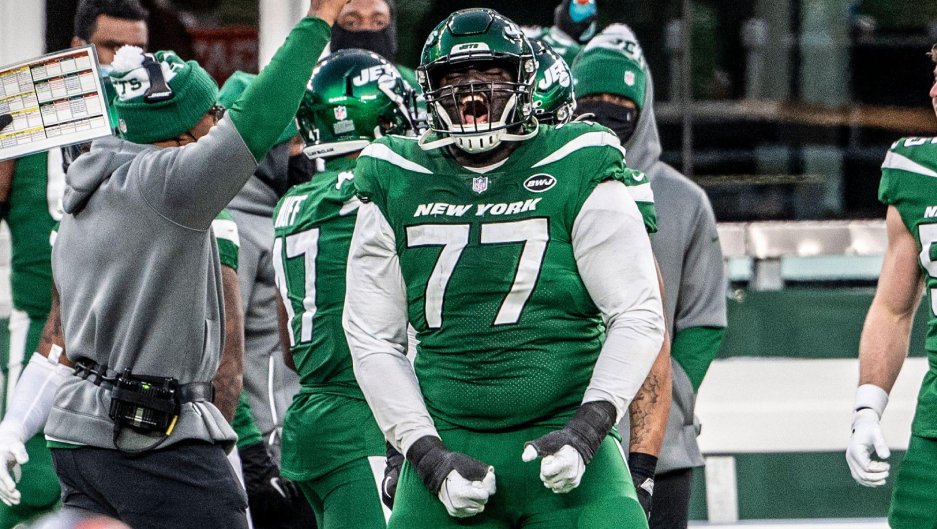 On a more positive outlook, the Jet’s two wins were against two playoff teams, and in both games, the Jets played terrifically. Against the Titans, Zach Wilson threw for 297 yards with two touchdowns and one interception. Corey Davis had 111 receiving yards and a touchdown averaging about 27.9 yards per reception.

What makes things better is that against the Bengals, Mike White threw for 405 yards and three touchdowns. So not only does New York have a good defense, but they also have a promising offense with a backup quarterback with a lot of potential. 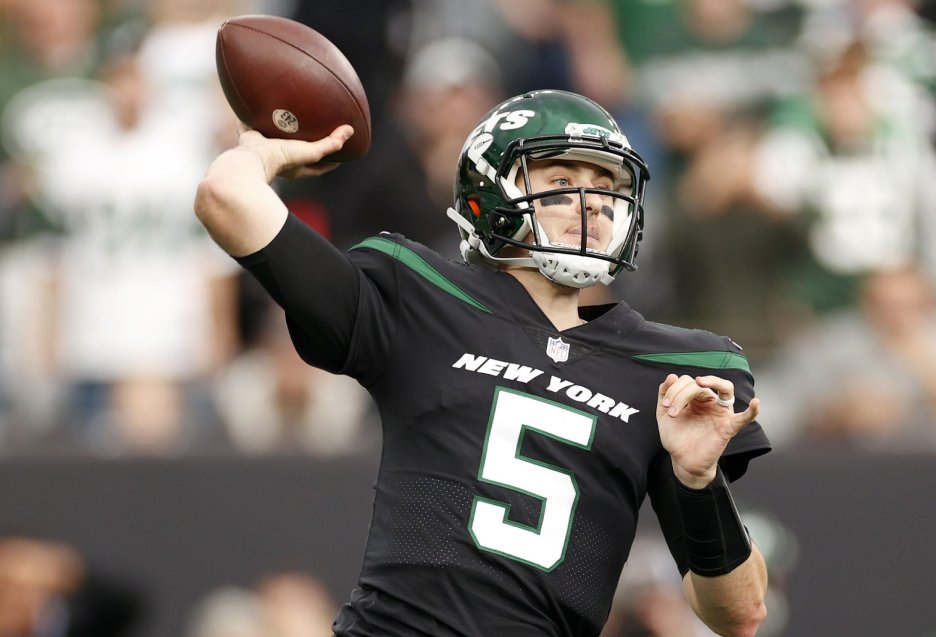 I know this season is a rough ride, but there’s a light at the end of the tunnel, and the Jet’s time for their shine is coming soon. 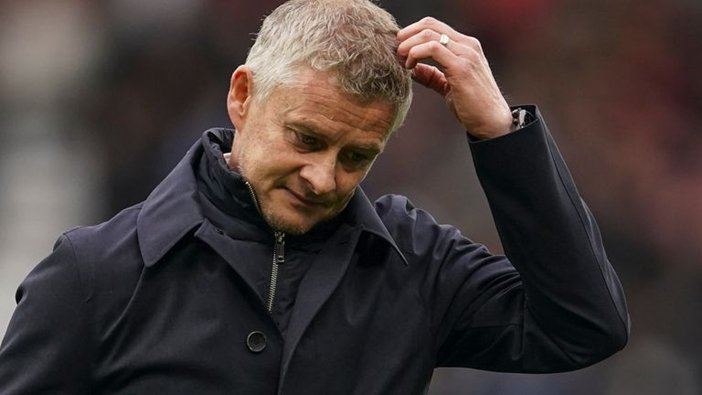 After the disappointing and humiliating 5-0 loss to arch-rivals Liverpool at Old Trafford, the pressure mounted even more on Manchester United manager Ole Gunnar Solskjaer. Everyone was convinced that was the curtain call for Solskjaer but the Norwegian remained in the job to oversee a commanding 3-0 win over Tottenham Hotspur. Surely they have brushed the poor result aside, right? Wrong.

Midweek, United journeyed to Bergamo to face Italian side Atalanta in the Champions League where they came from behind twice, thanks to Cristiano Ronaldo, to draw the game 2-2. Even though Ronaldo has made it clear that this is what United have bought him for, and even if he is the greatest goalscorer of all time, they cannot continue to rely on him for every game. Individual brilliance is something that has bailed out this side a lot of times and it cannot continue.

While for his tenure I’ve been a strong supporter of Solskjaer, it has come to show that he may be finished here at United. During his interim period when he took over from Jose Mourinho in December 2018, he went until March undefeated including that classic night in Paris coming from 2-0 down, with more than 6 first team players out with injury/suspension. The main problem that most fans have with Solskjaer has been the lack of identity. Now I am not sure if everyone is watching what I’m seeing but I think Ole is the only Premier League manager who had a different striker every year.

During his first full season it was clear what the identity was; tiki-taka, through the lines with the central striker occupying spaces between the full-back and center-back. Players such as Martial who played through the middle very effectively, James and Rashford who are both very quick down the flanks, Lingard, and then later Bruno, the intricate dynamo in behind the striker, the ball-winning midfielder whether Fred or McTominay or Matic the build-up play was easily recognized. The next season when French midfielder Paul Pogba returned, then the inclusions of Alex Telles and most notably the king of Uruguay Edinson Cavani the style of play changed. Instead of the ball in behind, Cavani who’s not much of a runner was more of a false nine to have the build-up centralized instead of down the flanks. This season the style of play is really hard to recognize now that Ronaldo is in the team. 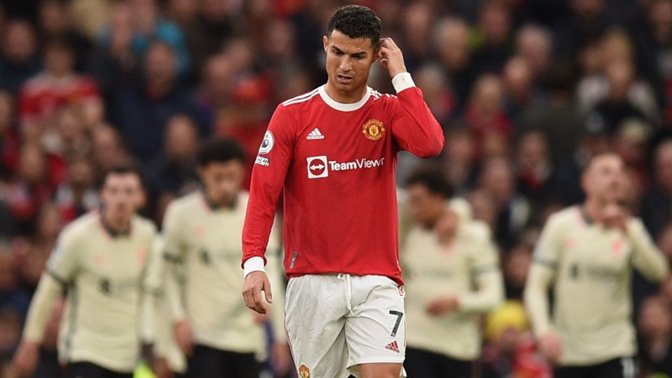 When the season began at home to Leeds, we witnessed Mason Greenwood through the middle, and the style of play was recognized; Pogba of the left cutting in to create a presence alongside Bruno Fernandes, Greenwood making runs from out to in to create more space for his teammates, Fred and McTominay creating the energy in midfield winning duels and getting the ball forward, and incorporating Aaron Wan-Bissaka into the attack from the right-hand side. Since Ronaldo has come in, the team has been unrecognizable. Even being one of the greatest of all time, he is not a sole striker. Isolation is not Ronaldo’s game as he needs a strike partner or an attacking midfielder making runs so he can peel off the side to stretch his legs. Not saying he is a problem in the team, but you see the contrast with him than without. A prime example is the game against Everton where he was on the bench from the start. United were pinging the ball around playing really attractive football, not allowing Everton any chances and then Anthony Martial opened the scoring and brought United into the half up 1-0. When Ronaldo came on the team’s level somehow dropped with untidy passes, weak play, and atrocious finishing.

I still can’t blame the manager for the latest performances because the players just look dejected. Even if that is a coaching issue, Solskjaer didn’t hire himself, didn’t come in with a massive CV like the others but he has done much more than the rest. He stabilized the club with consecutive top 3 finishes for the first time since Sir Alex Ferguson retired. Firing Solskjaer just puts United back where they were in 2014 when David Moyes was hired and fired after 9 months. 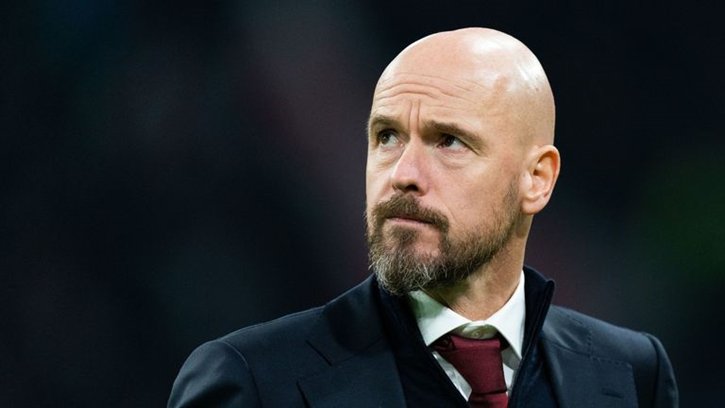 If a new manager is to come in, now would be the perfect timing. The international window is where you can get to see the players who weren’t selected for the Internationals and also see how those international players perform. Reports have emerged that ex-Liverpool manager Brendan Rodgers is who the board is pursuing but that would be a stupid decision just on a moral decision. There is no way a man who previously coached your biggest rivals should manage the team. The manager I think who should take the reins from Solskjaer is one who can incorporate the youth into the squad while making the egos of the experienced players remain calm. He is Erik Ten Hag.

The Ajax manager has his team doing wonders in the Eredivise and the Champions League. In fact during, the calendar year of 2021, he has seen his team score over 50 goals and concede only 4. Defensively sound, tactically proficient, and lethal in attack, these are the qualities that Manchester United needs in their dugout to bring them back to the promised land of what Sir Alex left them with. Will Joel Glazer pull the trigger though? He has seen what it has done to get a tactical coach with world-class players in the team, he owns the Buccaneers. This is a decision that may change the whole shape of the league if it is done. 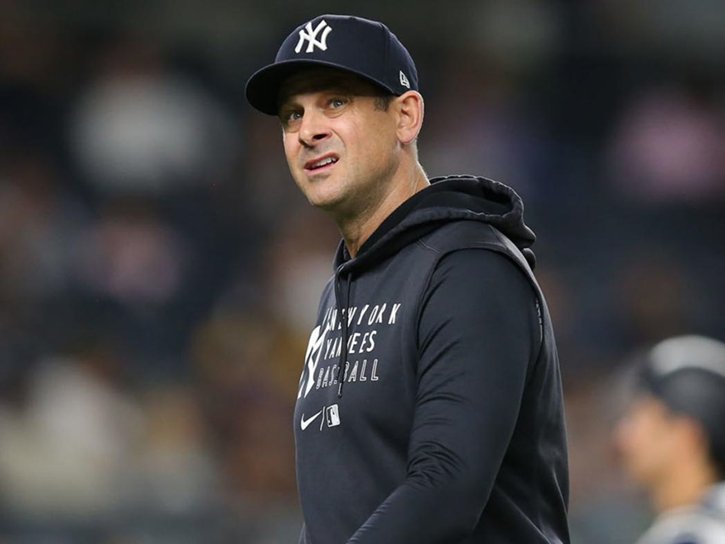 WHERE TO GO FROM HERE?

After a disappointing season from beginning to end, the Yankees organization, for some, surprisingly rewarded Aaron Boone with a new 3-year deal. The Bronx bombers started the season like starter pistols as they had a losing record through their first 20 games. Players like Stanton, Judge, and Torres were atrocious starting the season before gradually getting into it, however, all eyes were on Boone as it was thought to lose his job for poor performances.

Boone has a very talented team, with home run derby champions, defensive stars, and fantastic pitchers, but couldn’t overcome the Red Sox in the Wild Card round. Firstly, the Yankees should not be in that position. A club with the caliber of players that New York has should write themselves in at least the ALCS every year.

Aaron Boone has got by far his most talented batting lineup since being the manager of the Yankees, meaning hit first; field later. I’m talking Aaron Judge, Giancarlo Stanton, Gleyber Torres, and Anthony Rizzo, who were all at one point in the top 5 for the MVP voting in past seasons. Rizzo a champion with the Cubs especially should have brought that winning mentality to his younger teammates but he failed to do so. 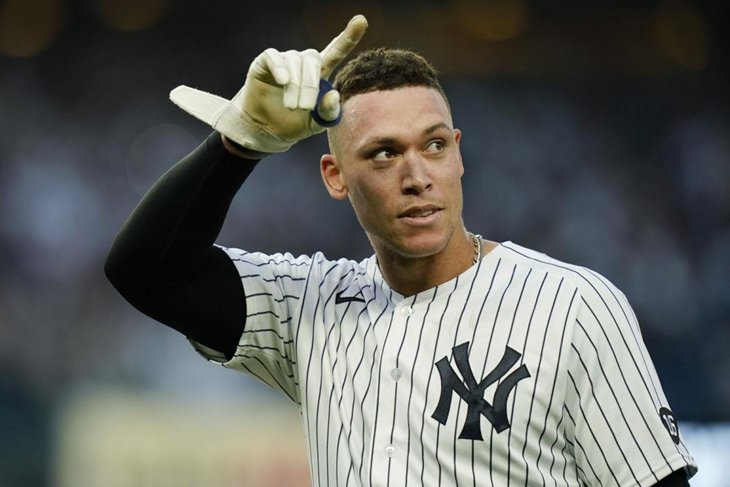 I am never going to blame the manager without actual cause from any sport, but I think Boone has brought the Yanks as far as he can. Giving him a new contract is great for the commercial side and youth development, but not for the title-challenging ambitions that the Yankees are accustomed to. When you have two Home Run Derby winners then you know that hits should not be a problem bar injury. When you pay Gerrit Cole $330 million he should be getting you through the first round of the playoffs, not putting the ball on the bat like he’s playing with his kid.

With the bullpen they possess, from starting pitchers, relievers, to closers, you should not be conceding between five and eight runs per game. The reluctance to drill the mentality into the players, get them fully fit for each game but the fatigue was evident in many games. This may be controversial but I would love to see Joe Girardi in the pinstripes dugout for next season instead of Boone.

For me, I think the Bronx Bombers are going to rebuild next season to get ready for 2023 to make a full charge. Cole would’ve been synced with the catchers, Rizzo and Torres would begin gel through the middle, players like Gardener would most likely be moved on or retire and join the coaching staff. In a couple of years, no one is beating the Yanks: NO ONE. Whether Boone or another man, they will be unbeatable.