Last September 6 (that was 2018, before the hockey season started, I wrote the following on our old website. Apparently it may have been read by an NHL GM, who gave it some thought. Enjoy!

What to do with Jordan Eberle and Anders Lee?

Fans of this blog- go ahead, there are one or two out there, you can admit it- know that for the most part this blog runs in the following cycle:

Well folks, this is no exception. If you read the last blog entry about what it would take to trade for a star player (note: not much) then you have to come to the conclusion that you aren’t going to get a whole hell of a lot of you trade Jordan Eberle and or Anders Lee.

Think I’m crazy? What did the Islanders trade to acquire Eberle? Ryan Strome, a 3rd line center with one outlying career year. This was a STRAIGHT UP trade. No picks, no prospects, no other players. So what do you think the Islanders would get for the same guy on an expiring contract looking for a raise from his current $6 million salary?

Best hope- a pick and a prospect, or two picks. Anything north of that is a steal.

So this presents you with the following dilemma- what do you do with a Jordan Eberle? Do you trade him for the above mentioned package? Pay him the aforementioned raise? Or do you ride out his season and head off into the sunset for nothing like John Tavares just did a few weeks ago?

This is not an enviable position to be in. Eberle is a solid second line wing who helped with the learning curve of Mathew Barzal. Eberle most certainly has value to the team. He’s also a productive offensive player likely to score 25 goals and 30 assists on an average year.

But that’s not what makes this an unenviable position to be in. Every team has to make choices on players. No, what makes this particularly bad is that the Islanders have a first line wing in the same situation, that of 40 goal scorer Anders Lee. Some would say that Lee is a product of Tavares, having put up 76 goals in two seasons with Tavares after putting up 40 goals in the prior two seasons without him.

This situation boils down to the following concept: Islander fans might have a span of 366 days where the Islanders lose three of their top six forwards for nothing. Stuff like that cripples’ teams for years.

So what do we root for to happen, as fans? Well, you have the following scenarios:

Let’s explore the pros and cons of all of these options.

Pro: They stay with the team for the rest of their effective careers.

Con: At least $15 million in combined salary cap hit. Roster inflexibility. Untradable contracts. Keeping younger players with potentially greater talent in lesser roles because you can’t give a 4th liner $8 million. Not even Garth Snow was that stupid.

Also, this will keep you not only from importing any skill players, but it will force you to choose which of the emerging players to pay from the likes of Anthony Beauvilier, Mathew Barzal, Ryan Pulock, Noah Dobson, etc. A talent ceiling, which is also never a good thing for a team.

Pros: Remove a slow skater from an always getting faster league from the lineup. Plus there are questions whether or not Lee was a product of Tavares and if he can repeat his prior successes. Also, you’re saving somewhere between $7-8 million that can be used to address other areas. And then of course you’re acquiring a lesser player, a draft pick, and a prospect in a trade now, or a little less at the deadline.

Con: I like Anders Lee. He seems like a great teammate, a stand up guy, and has made a career of grabbing those garbage goals that can be a difference maker when you’re in the playoffs. You would not get equal statistical value for 2016-2018 Lee…but if you act now you may get something similar statistically to 2014-2016 Lee at a lower price tag.

Pro: Save $7 million plus on a guy that is a 25 goal 58 point guy no matter who he plays with. Since Snow brought Eberle here specifically to play with Tavares (just like Ladd!), his time is up. Plus a 25 goal scorer should net you two picks in the top 30 of a draft, which may be nice as the Islanders transition from the team of Tavares to the team of Barzal.

Con: He scores 25 goals and 58 points no matter who he plays with. If Barzal slots in at 1C and they give him Lee and Beauvilier or Bellows of Whalstrom or whomever at wing, Eberle will still score 25 goals and get 58 points on line two. This may help stave off the inevitable statistical decline of Josh Bailey just a little bit, which makes Bailey fans happy. Those fans are overlooking the Bailey production hypothesis that says when Bailey is productive the team isn’t winning. He also has clear chemistry with Barzal and Beauvilier, although that can change year to year as players evolve.

Pro: You get to see what Lee and Eberle do with a real head coach, something neither of them have had in their career. Yes, it’s a defensive minded coach so their offensive stats will inevitably suffer, but they’ll still show a glimpse of what the Islanders will look like in the future if all of the prospects develop as they’re expected.

Con: The scariest of all scenarios. Lose the players for absolutely nothing. Not as impactful as the rejection by John Tavares, but maybe more impactful in the overall standings.

If these are the options, which choice would you make? I’ve already made mine.

I trade Anders Lee. Lee’s skillset will make him injury prone as a contract unwinds. Also, his lack of foot speed will become a greater detriment as time goes on.

What would I seek for Lee? A 1st round pick and a legitimate NHL defenseman- think 3rd or 4th defenseman. If you package Lee with one of our middling defensemen maybe that 40 goal veneer gets you a #2 defenseman. Maybe. But if Lee could get you Mattias Ekholm and a 1st from Nashville would you say no?  Not me. I may make that move for just Ekholm.

Why not trade Eberle? His raise won’t be as dramatic, so it will have less of an impact as the $8 million a 40 goal scorer would command. Eberle also seems better equipped to move from line to line and still play his game, whereas Lee sees lesser production with lesser centers. Also, if Barzal is going to be a first line center, we’re going to see if his two linemates can also step up against the best defenses in the NHL.

Now, there are factors that can change my mind. What if Lee is willing to sign a deal similar to Josh Baileys- 6 years at $5 million? Or even 5 years at $6 million? That would be something that would make things interesting. Or what if Eberle pulls a Boogie Cousins and takes a pay cut so he can pick his team?

Or what if Carolina offers the Islanders Sebastian Aho for Eberle? How can you pass up the Aho to Aho potential! Alas, Aho is much younger with similar offensive statistics and at a much smaller cap hit. And based on the research I’ve done, trades like that just don’t happen.

So as we approach training camp, the countdown to two major decisions begins. As will the constant questions and distractions about negotiating a contract in season, about two sides in communication with each other, and about what to do at a trade deadline with a UFA. Just like last season, or as we often say around here, more of the same.

So far, here’s some on the money predictions from last September:

On the verge of NHL free agency, that’s all I have Islander-wise for now. Hope you all watch the NHL Entry Draft tonight and enjoy the speculation as to what the Islanders are going to do. Rumor has it that there’s a trade or two in the works… 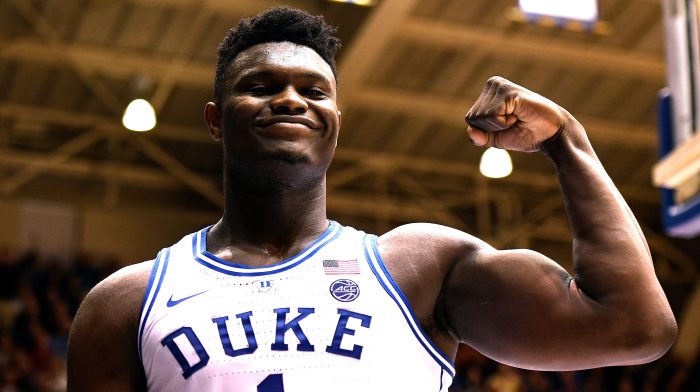