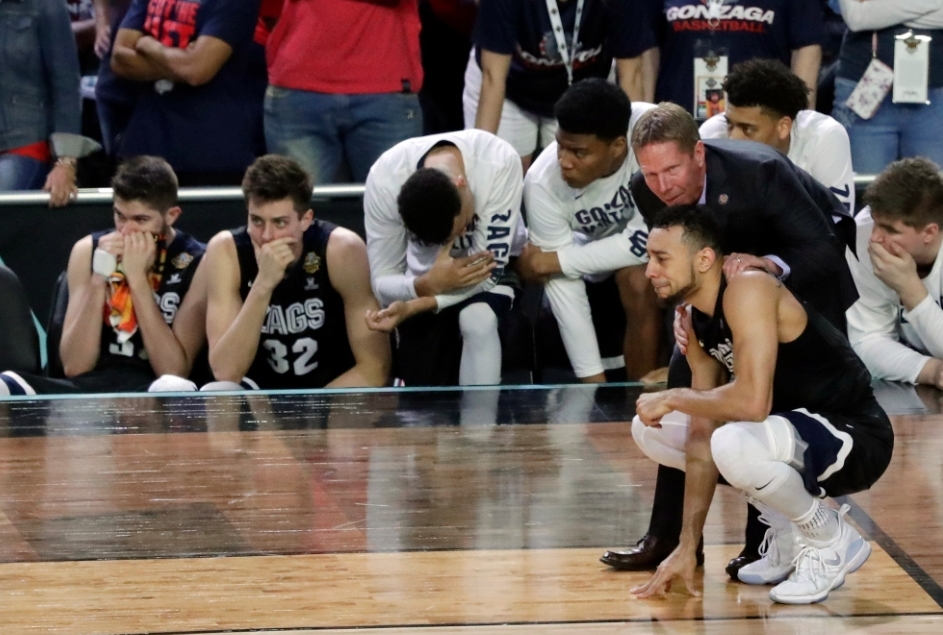 Those who watch college basketball know how crazy of a year it has been alreadythroughout the sport. We’ve seen 8 different changes in the AP #1 team in a season that isentering it’s 15th week. We’ve seen teams such as Illinois, Penn State, Colorado, Dayton, andRutgers ranked throughout the year. We’ve seen a defending National Champion become abubble team within a year. We’ve seen powerhouse North Carolina fall below .500. Granted,they lost their best player for over a month, but you would think the rest of the talent and one ofthe best coaches in college basketball could figure something out? Not in this bizarre year. Sowhat would top such a bizarre year? Something strange in the tournament, such as a 16 beatinga 1. We saw UMBC make history 2 years ago by shocking Virginia (I called that by the way),and becoming the first 16 seed to beat a 1. 2 years later, in a bizarre year, I can see ithappening again. Here are 3 reasons I think it’s possible.

With a weird year in certain Power 5 conferences comes other schools that benefit just
by winning games, even if their strength of schedule is not on par with the schedules of the
Power 5 Conferences and the Big East. The three teams that have strived on that the most
have been Dayton, currently #6 in the nation at 21-2, San Diego State, currently #4 in the nation
and undefeated at 24-0, and as usual Gonzaga, 25-1 and striving through mostly West Coast
Conference cupcakes. If all 3 of these teams win their conferences, at least 1 of them will be a 1
seed, and depending how things shake up the rest of the regular season, possibly 2. However,
high seeds for these schools have not boded well for them recently, as most of them lose in the
second round of the NCAA tournament. With the exception of Gonzaga in 2017 who went to the
National Championship Game, none of them have made a Final Four. Looking at this century,
when mid-majors have gotten top 3 seeds, we’ve seen several occasions where these schools
have lost in the second round (Round of 32) of the NCAA Tournament. Cincinnati, back when
they were in Conference USA, did it twice in 2000 and 2002, and just 2 years ago collapsing
against 7-seeded Nevada when they were up by 22 points in the 2nd half. Gonzaga has been
victimized by it on several occasions, in 2004, 2005, and 2013, a team that was 31-2. A
2-seeded Temple in 2000 fell to a 10-seeded Seton Hall. A 3-seeded New Mexico team in 2010
got steamrolled 82-64 by an 11-seeded Washington. And most recently, we saw an undefeated
Wichita State team in 2014 get beaten in the Round of 32 by an 8-seeded Kentucky. Therefore,
the odds don’t favor these types of schools. Expect all 3 schools I listed to be a Top 3 seed,
which doesn’t help these odds either, but if 1 of them is a 1 seed, in this type of quirky year,
based on these past trends, it wouldn’t surprise me either, especially if it is an undefeated
mid-major similarly to what 2014 Wichita State was, which still exists currently in 24-0 San
Diego State. Pressure for the Aztecs will loom because of this, as well as my next factor
accounting for this reasoning.

If you listen to me speak on the World Wide Sports Radio Network, I’m sure you’ve
heard me use the term “too hot” implying a team on an unrealistically long winning streak is due
to lose, often times when it matters most. Obviously, there’s still a month left that these
particular teams can lose, but if these schools, especially the mid-majors, are going to get a 1
seed, odds are it will be from winning out and winning their conference tournament. Starting with
the aforementioned San Diego State, they haven’t lost all season, and if they were to enter the
tournament undefeated, they would be 31-0. Therefore, in addition to having the mid-major
pressure I mentioned above, they now have the pressure of entering the tournament
undefeated. In NCAA history, outside of the dynasty that was John Wooden’s UCLA Bruins, 15
teams have entered the NCAA tournament undefeated, and only 3 have won the National
Championship, and none since Bob Knight’s Indiana Hoosiers in 1976. So for San Diego State,
it will be very hard to join that list, and combining that with the weird year and the mid-major
history, they might just be the team to be a victim to a 16 seed. But it is more than just them.
Dayton is another that could be vulnerable. While they don’t have a bad loss, they haven’t lost
since falling to Colorado on December 21, so if they win the Atlantic-10 tournament, that would
be 23 wins in a row, which especially with an inexperienced tournament coach, could be hard to
maintain. Gonzaga has only lost one game all year, 82-64 to Michigan all the way back on
November 29. Since then, they’ve won 17 straight, which isn’t surprising considering their
conference schedule, but is still unrealistic to keep up. While Mark Few is a very good coach
and has gotten Gonzaga into the Sweet 16 or further in each of the last 6 seasons, this kind of
wacky year could be different. In terms of Baylor, their loss was even less recent, falling
November 8 against Washington. Since then, they have won 19 games in a row. If they win out,
which will be difficult, they are almost guaranteed the #1 overall seed in the NCAA Tournament.
Combine that with an already iffy tournament history and that could be a recipe for disaster for
this Baylor team, especially being they are a team that doesn’t have a lot of convincing blowout
wins for a #1 ranked team. Remind of you of anybody? Maybe somebody that was a #1 overall
seed 2 years ago… 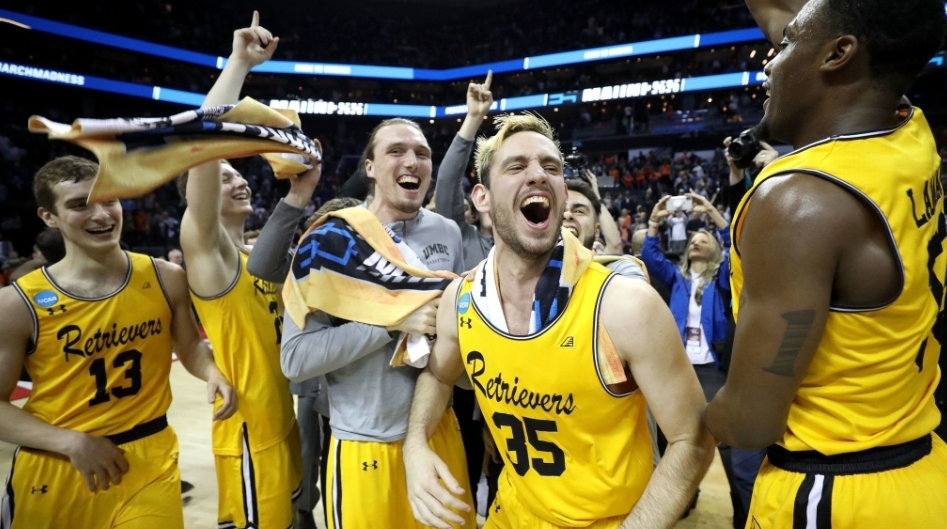 Baylor is similarly structured to 2017-2018 Virginia

A team that doesn’t blow people out? Iffy offense but great defense? Bad tournament
history (until last year)? Describes 2018 Virginia very accurately, and can also be applied to this
Baylor team. Baylor is a notoriously choke-prone tournament team, losing in recent years to #14
Georgia State and #12 Yale. They’ve made the Elite Eight a couple of times last decade, but
beyond that have struggled to get past the first weekend and often times the first round. Looking
at this year’s team, the way they’re structured, they’re also similar to Virginia. Only two guys
scoring in double digits in Jared Butler and Macio Teague, with not much bench depth. Only one
guy shooting over 50% in Freddie Gillespie, with all the other starters shooting 45% or lower.
When comparing to Virginia, Virginia didn’t even have a starter shoot over 50%, and while they
did have 3 double-digit scorers, their bench depth fell off drastically. Virginia’s team field goal
percentage was 46%, and this Baylor team is even worse, shooting at 42%. While Baylor’s
overall offense wasn’t as bad (71.6 points per game, 163rd in nation) as Virginia’s (67.1 points
per game, 314th in nation), those numbers are rigged by the easier scheduled games too. In Big
12 Conference Play, Baylor is only scoring 65.9 points per game, which ranks 289th in the
nation against conference opponents. Another thing that hurts teams in the NCAA Tournament
is missed free throws, and Baylor only has two shooters above 75%. The other big thing to
compare them by is the fact that both teams didn’t blow conference opponents out. In 2017-18,
Virginia had some games where being a top team they should be able to win more dominantly.
Only winning 59-58 against Boston College and 59-49 against Wake Forest come to mind, two
teams that have had trouble in the ACC for years. Also, they won seemingly the same way even
against good teams, close and low scoring, proving they could only win one way. Baylor has
plenty of those games this year, only winning 72-63 against Texas State, 77-65 against Coastal
Carolina, 61-57 against Oklahoma, and recently 52-45 against Texas, which both Oklahoma
and Texas are average teams within the Big 12. To me, the parallels are very similar when
judging the schedules side-by-side, and often times those kinds of teams get eaten up in the
NCAA Tournament, besides Virginia last season. Most top seeds that go far have potent
offenses and don’t have to struggle to win close games, so unless Virginia last year sparked a
new trend in college basketball, don’t expect Baylor to have odds on their side, especially in a
weird year with a bad recent tournament history, including losing to double-digit seeds. In this
kind of year, don’t be surprised if that double digit seed is a 16 with those factors and similarities
considered. 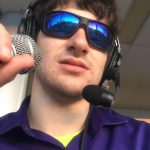